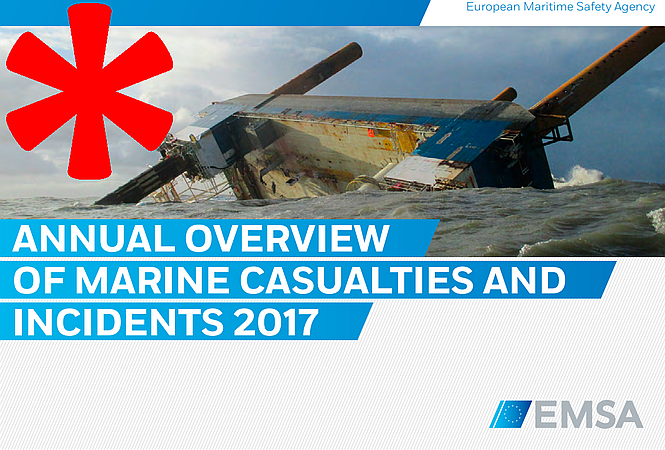 (www.MaritimeCyprus.com) European Maritime safety Agency has issued the Annual Overview of Marine Casualties and Incidents. It consists in a high-level analysis of accidents reported by the EU Member States in European Marine Casualty Information Platform (EMCIP).

During 2016 there were 106 reported fatalities, 957 persons injured, 26 ships lost and 123 investigations launched. 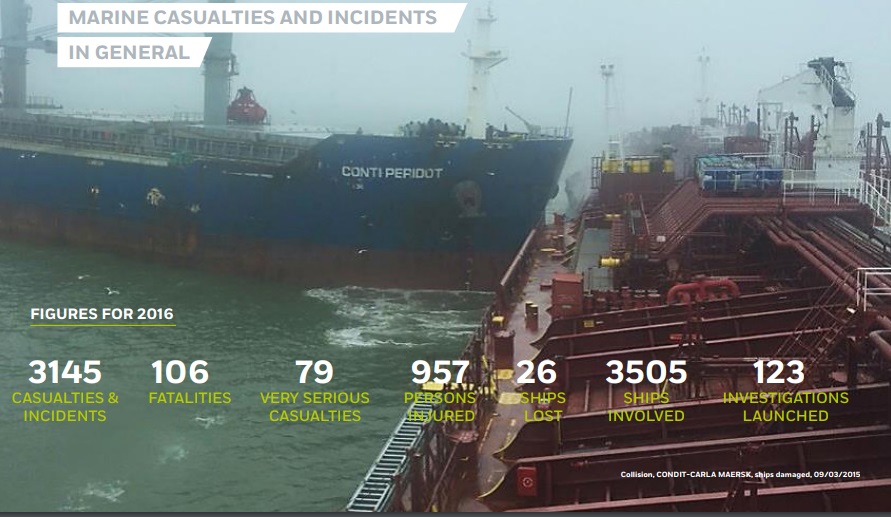 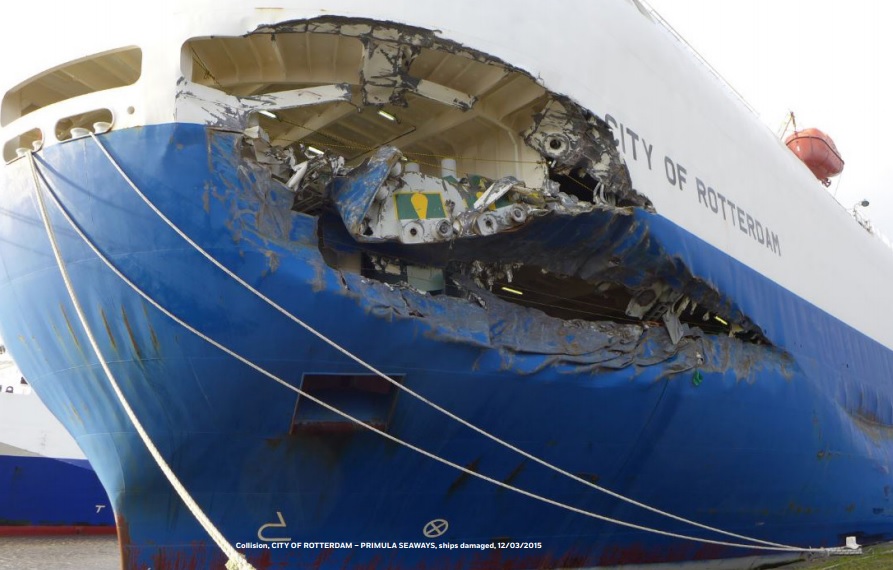 Over the period 2011-2016, half of the casualties were of a navigational nature, such as contacts, grounding/stranding or collision. Amongst occupational accidents, 40% were attributed to slipping, stumbling and falling of persons. Human erroneous action represented 60% of accidental events and 71% of accidental events were linked to shipboard operations as a contributing factor. Of all casualties, 42% took place in port areas. The number of ships lost has reduced by 50% since 2014.

In 2016, the number of cargo ships involved in marine casualties and incidents has decreased to 1374. A significant decrease of fatalities was noted in 2016, reaching the lowest level of 2012. 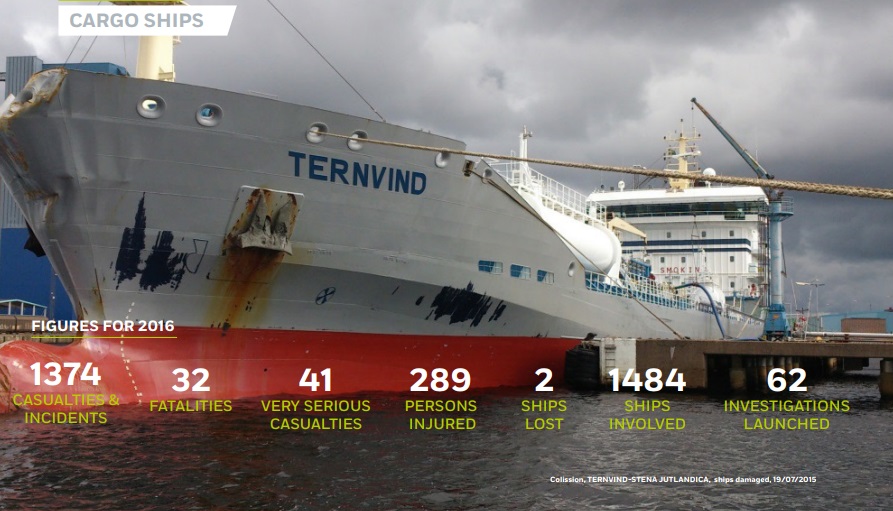 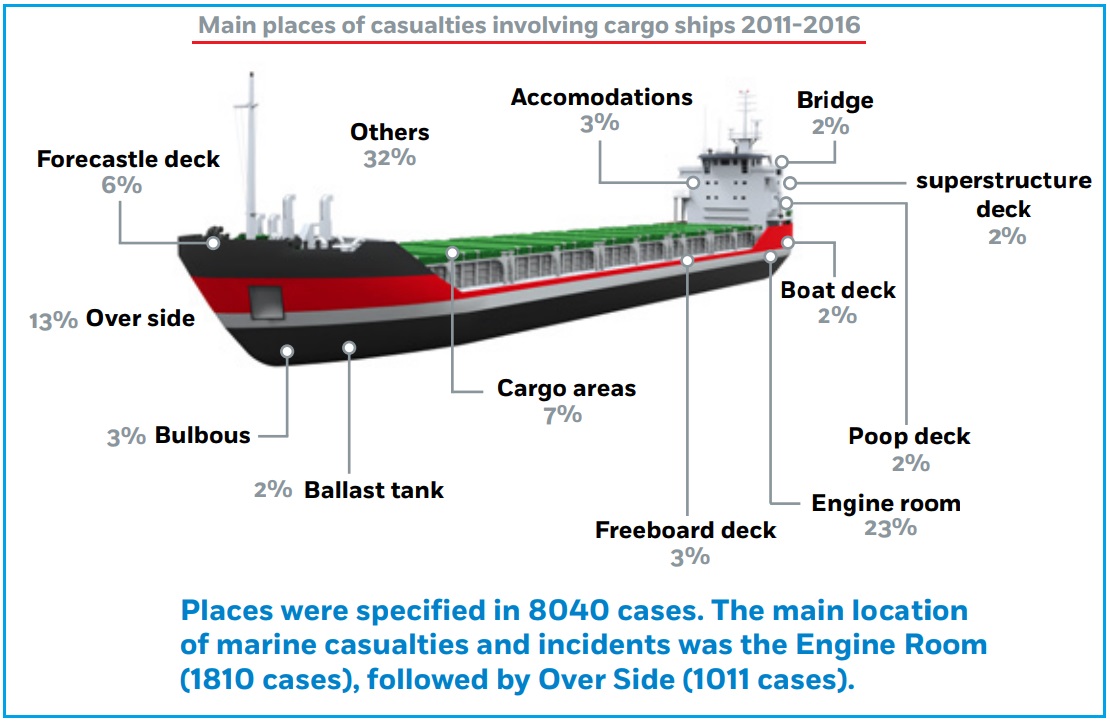 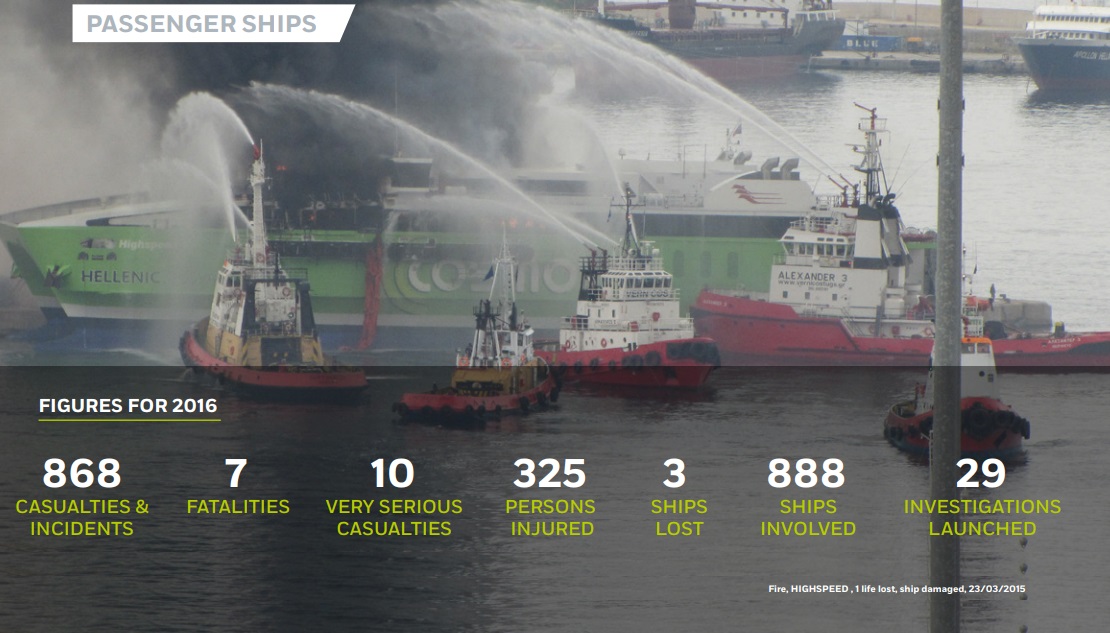 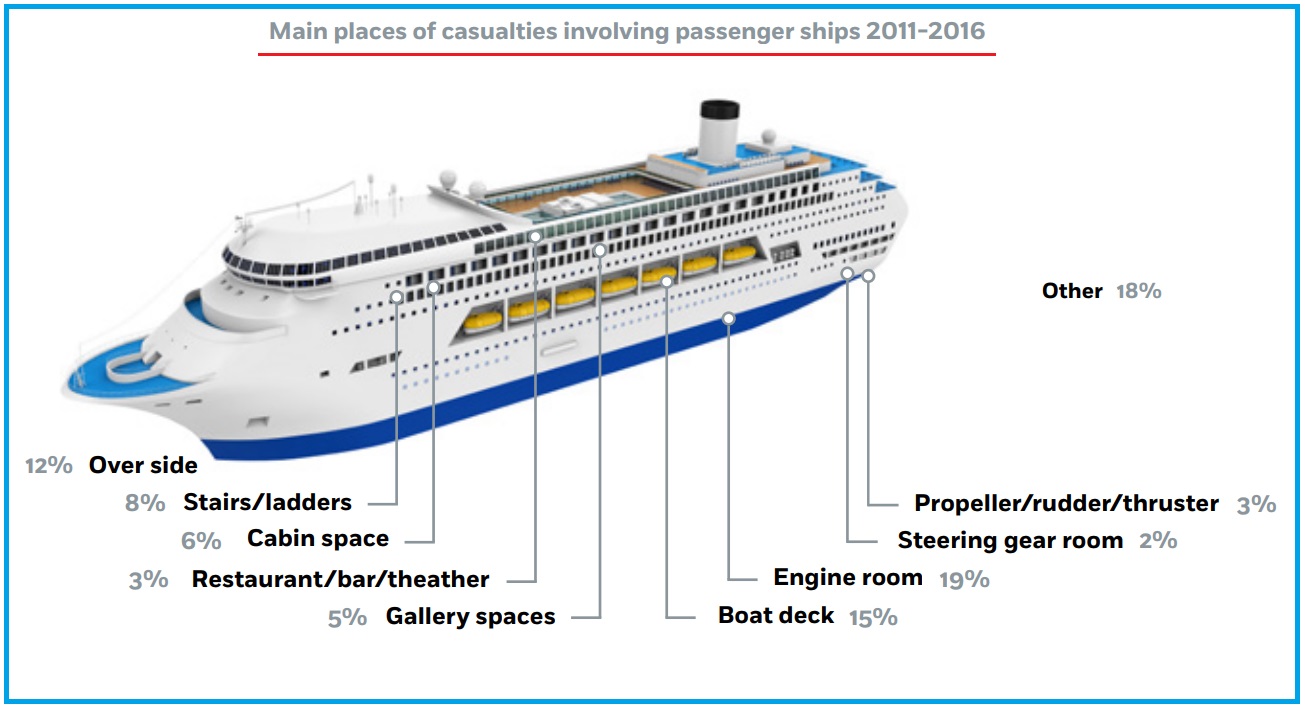 A reduction of service ships lost was noted in 2016, as well as the number of fatalities and injuries.

Across the period 2011 – 2016, EU States’ investigative bodies have launched 869 investigations and 695 reports have been published. Among the 1300 safety recommendations issued, 28% related to operational practices, in particular safe working practices. Half of the safety recommendations were addressed to shipping companies and the rate of positive responses was about 66%. 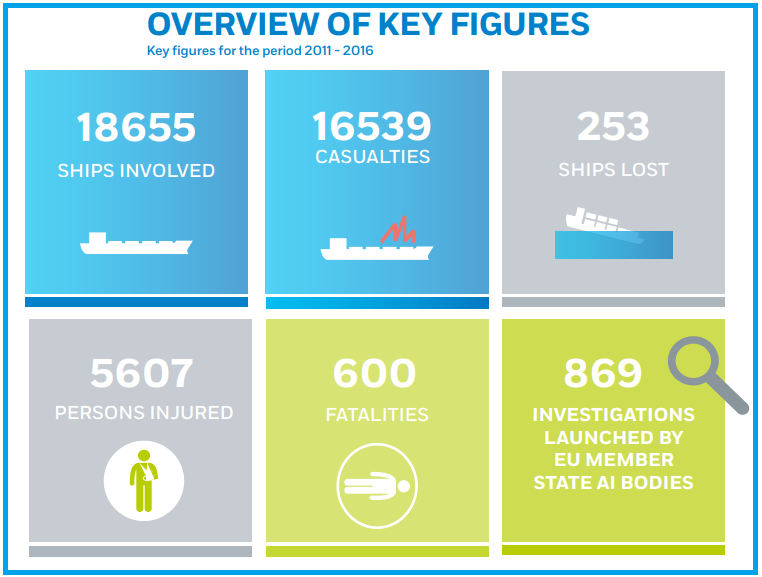 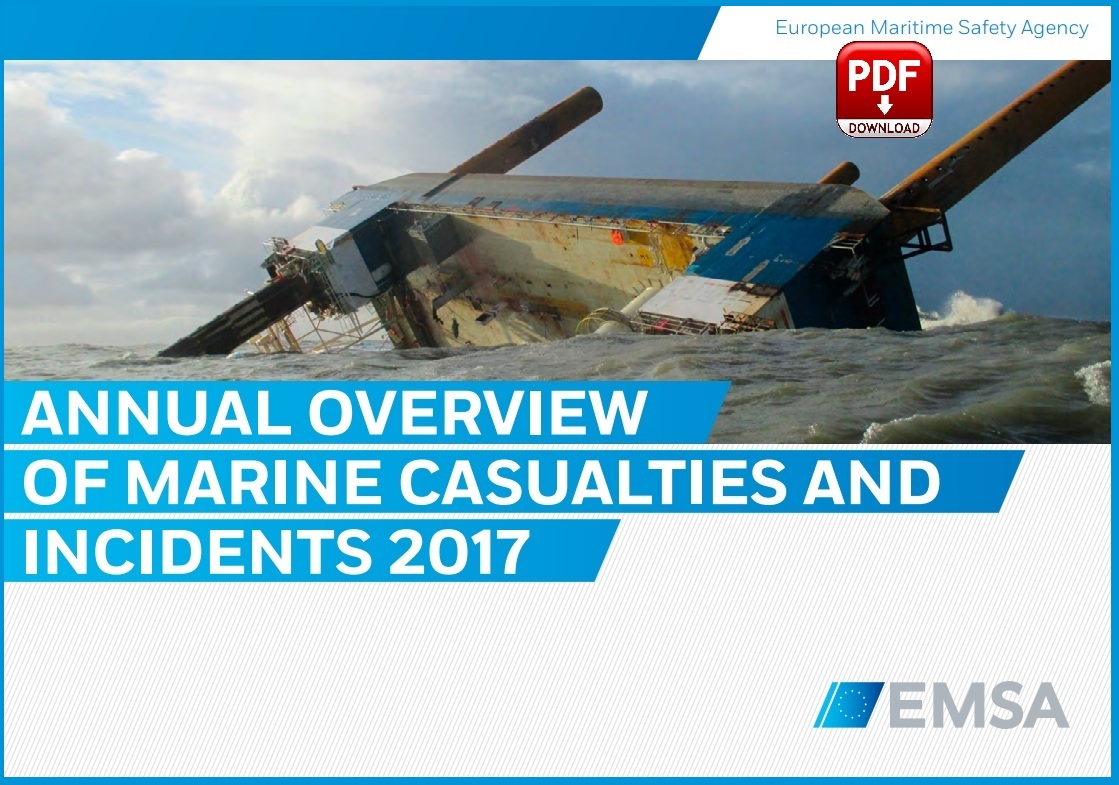