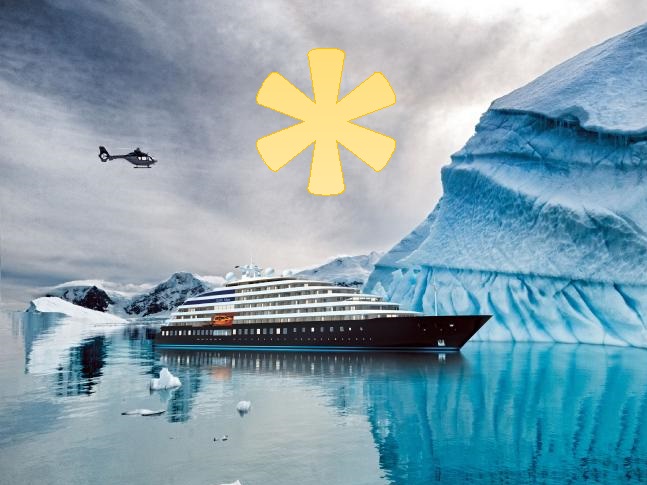 (www.MaritimeCyprus.com) It’s a well-known fact; the cruise industry is buoyant, and growing by the day. And with this popularity comes new innovations, experiences, destinations, cuisine offerings, and sparkling new ships. It’s a safe bet that in 2018 there will be a cruise that caters to every taste, even for those that consider themselves landlubbers. We’ve uncovered what new and intriguing in the world of cruising for 2018.

If you like Celebrity Solstice you are in for a treat; behold more cabin space with stylish design, plus technological advancements. Celebrity Edge is more like a boutique hotel than a ship.

With panoramic observation decks, an array of dining choices plus a racetrack and giant overwater slide, Norwegian Bliss is bound to be popular with families.

The newest and most luxurious ship in the Princess fleet, Majestic Princess will feature 13 dining options, designer shopping galore as well as the cruise line’s largest ever thermal suite.

Set to become the world’s biggest ship, Symphony of the Seas will feature robotic bartenders, an AquaTheater showcasing high-flying and high diving performances as well as the Ultimate Abyss, the tallest slide at sea.

With the heightened demand for more experiential travel, Azamara have decided to add a new ship to the fleet in 2018 — Azamara Pursuit. She’ll sail from March.

Launching in the Mediterranean in August 2018, Scenic Eclipse will be the world’s first Discovery Yacht. Splurge on the Penthouse Suite at the bow, it has a 60 sqm curved terrace with a private jacuzzi.

Bucking the trend for larger ships, 2018 will see the launch of Ponant’s Le Lapérouse, which will feature the world’s first underwater lounge, called Blue Eye, as well as Le Champlain.

The Viking Orion will join the fleet in July and will spend her maiden year sailing itineraries in the Mediterranean, before making her way to Asia, Australia, New Zealand and then Alaska.

It’s true, cruisers are beginning to skew younger. Royal Caribbean is seeing an average 50 per cent year-on-year growth in millennial sailors (aged 20-35 years) within the local market. And with more activities geared toward them, it’s no surprise.

“This trend will continue into 2018 as they focus more on experiences, rather than acquiring possessions,” Hoot Cruises general manager Jeff Leckey says.

“To cater for this trend, the major cruise lines are providing more authentic experiences on their shore excursions, more activities on board and better connectivity while at sea.”

A rising demographic that Carnival has noticed are honeyboomers. They’ve seen an 80 per cent increase in couples with older children sailing without their children to experience new adventures.

Of course, connectivity on the high seas continues to be of utmost importance with cruisers wanting to know in advance what on-board internet packages cost and what the speeds and options are.

“The newer tech-savvy ships such as Ovation of the Seas and Majestic Princess have been built from the ground up with these facilities in mind,” Jeff Leckey says.

Cruise lines such as Silversea are even offering free Wi-Fi is provided for every guest throughout their ships.

Meanwhile, on the new Symphony of the Seas, Royal Caribbean will introduce a new “frictionless” check-in via a new mobile app where passengers will be able to use their smartphone to make embarking quicker so they can begin their holiday.

Set to be the biggest ship at sea, the 5500-guest Symphony of the Seas, sailing from April 2018, will feature a plethora of new activities on-board. Expect thrills while plummeting down the tallest slide at sea, named the Ultimate Abyss. There’s also the world’s largest laser tag arena where guests can gear up for an epic glow-in-the-dark battle.

Meanwhile, according to Nicole Costantin, vice-president, sales, at Norwegian Cruise Line, the new 4000-guest Norwegian Bliss will feature an open-air racetrack that lets riders travel at up to 50km/h on electric vehicles on nearly 300m of track.

“It isn’t the first time a Norwegian Cruise Line ship has added a go-kart track to its amenities, but the one on board the new Norwegian Bliss will be the biggest,” she says.

It will also have a water slide that sends riders out over the ocean.

And this year’s introduction of a small bar on-board P&O Pacific Explorer has been a huge success.

“The small and hidden bar scene is incredibly popular on land and P&O has taken the concept to sea with The Bonded Store which features a stylish decor in an intimate setting, as well as fantastic Archie Rose cocktails,” says Olsen, before hinting that there may be more of these innovations come 2018.

“We remain committed to making sure our locally-based fleet is fit-for-purpose and is at the cutting edge of revolutionising the cruise experience for Australian guests,” she says.

With the popularity of cruising, comes more demand for variety. Next year will see a huge range of new destinations on itineraries from the “remotest inhabited island in the world”, Tristan da Cunha between South America and Africa to a new terminal opening up north of Sydney in Newcastle.

A highlight of APT’s cruise schedule for 2018 is a visit to the island of Elba in the Tyrrhenian Sea’s Tuscan Archipelago National Park as part of their Moors to Rome expedition cruise.

For 2018, Silversea will visit more of the hard to get to, lesser-known places for cruise ships.

“Destinations like our own Kangaroo Island in Australia, which is a hit with international guests and locals alike, thanks to a plethora of wildlife and natural beauty,” says Amber Wilson, managing director, Asia Pacific, Silversea.

“With her introduction, we will be one of the only Western companies to own and operate a ship on the Nile,” says Michelle Black, managing director of Viking Cruises Australia and New Zealand.

Scenic will be exploring destinations that have previously only been accessible to the more intrepid traveller, such as Cuba and the South Georgia Islands.

“Both will be featured in our inaugural season of cruises aboard Scenic Eclipse,” Scenic’s national marketing manager Liz Glover says.

Raising the bar in modern cruising, Celebrity Cruises will be launching their new Edge class in December 2018 with the 2918-guest ship, Celebrity Edge. Expect new revolutionary advancements including an ‘infinite veranda” in the 918 Edge Staterooms. The floor-to-ceiling window can retract to create a glass railing together with folding French doors if a balcony is desired. Not only will the vista be bigger, there will now be more space in the staterooms. Get ready for giant bathrooms and more storage.

Best of all though is the new “Magic Carpet”, a bar and lounge elevated above the top deck that also serves as the disembarkation platform to transfer cruisers to their launch from ship to shore.

Meanwhile, Princess Cruises have partnered with “The Sleep Doctor”, Dr. Breus to develop The Princess Luxury Bed, designed specifically to give guests the best night sleep at sea. Not only will you sleep well on the new Majestic Princess when she launches in September 2018, you can enjoy 1000sq m of designer shopping and a dramatic over-the-ocean glass walkway.

“We also call our type of cruising ‘slow cruising’ as guests have the luxury of staying longer and experiencing more, with longer stays in port and more overnights than any other cruise line,” says Adam Armstrong, managing director, Azamara Club Cruises Australia and New Zealand.

Seabourn is offering new Extended Explorations voyages, which include a range of itineraries ranging from 12 to 128 days in length.

“Extended Explorations offers travellers a variety of ways to uncover new destinations by allowing guests to have an in-depth experience in a specific region or effortlessly move from one region to another,” says Chris Austin, senior vice-president, global sales and marketing, Seabourn.

And Viking is offering the combination of ocean and river cruising in 2018. For example, a 15-day Rhine & Viking Fjords & Shores combines an eight-day ocean cruise from Bergen to Amsterdam with an eight-day river cruise Amsterdam to Budapest.

Several ships are going into dry dock for refurbishment next year. Royal Caribbean’s Independence of the Seas will undertake a multimillion-dollar makeover in April to add a trampoline park, as well as water slides, an escape room and laser tag.

Silver Cloud, the ship that launched the Silversea fleet in 1994, is being transformed into an expedition ship, complete with a strengthened ice-class hull for navigating polar waters.

And in May, Carnival Legend and Carnival Spirit go into dry dock in to be fitted with exciting new features in time for the 2018-19 cruise season.