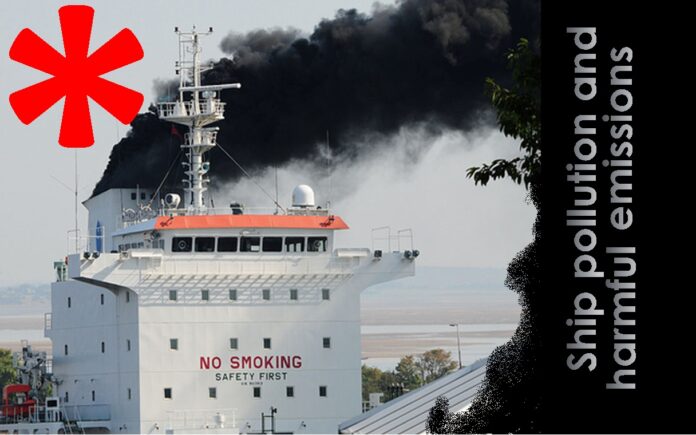 (www.MaritimeCyprus.com) It is generally recognized that all businesses have a major role to play in preventing pollution and reducing releases of harmful emissions into the environment and this is particularly true of the shipping industry. The impact of pollution on fragile ecosystems is particularly severe in the marine environment, and to address this there is a substantial body of UK, European Union (EU) and wider international regulations related to environmental control, including comprehensive survey and certification requirements.

General requirements for pollution prevention in the marine environment 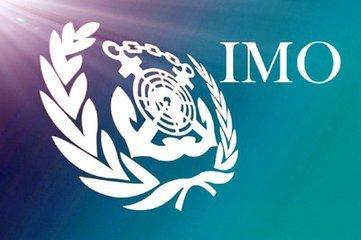 Most international regulations on marine pollution come from the 1973 International Convention for the Prevention of Pollution from Ships (MARPOL), which was updated in 1978. MARPOL was developed by the International Maritime Organization (IMO) and is aimed at preventing and minimizing pollution from ships - both accidental and from routine operations.

There have been a number of amendments to the Convention since it was first produced, and MARPOL now has six technical annexes covering marine pollution by:

Survey and certification requirements for pollution prevention in the marine environment

The specific requirements for survey and certification of ships will depend upon the specific pollution prevention issue being considered. Some ships may only require a single survey at construction, while for others a renewal may be required every five years with additional mid-term surveys.

For more information on the regime for air emissions (including the requirements for engine NOx survey) see the section of this guide about air pollution and ozone-depleting substances.

Anti-fouling systems (AFS) are also the subject of the periodic survey regime. See the next section in this guide for further information.

For more information, see the guides on Vessel classification and certification and vessel survey and inspection requirements.

Guidance on use of anti-fouling systems 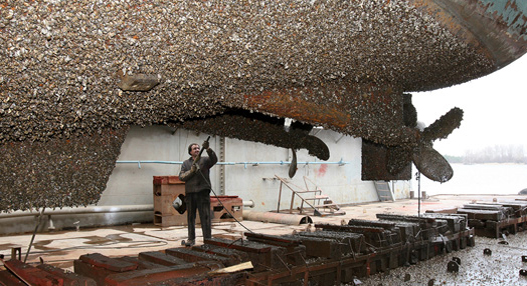 Organotin compounds found in many AFS have been shown to have adverse effects on the ecology and on marine organisms. Their use is now prohibited in AFS for all ships, irrespective of size, and on fixed or floating platforms.

Ships with no AFS which trade internationally must carry either a Declaration or Certificate stating specifically that no AFS has been used.

The sale and marketing of anti-fouling paints for marine use containing organotin compounds is prohibited within the UK and other EU states.

Prevention of marine pollution by garbage and sewage

The disposal of garbage and sewage from ships is a major environmental issue, and Annexes IV and V of the International Convention for the Prevention of Pollution from Ships were developed to address this.

Within the UK, Merchant Shipping (Prevention of Pollution by Garbage) Regulations 1998 were developed to address this and were updated in 2008 to reflect changes made to the system internationally. You can download MGN 385 (M+F) Guidance on the Merchant Shipping (Prevention of Pollution by Sewage and Garbage from Ships) Regulations 2008

The Regulations also specify that vessels covered by the regulations must have at least one of the following:

Other ships can opt into the provisions of the regulations and for smaller vessels guidance is provided by the Small Commercial Vessel and Pilot Boat Code of Practice. You can download MGN 280 (M) Small Vessels in Commercial Use for Sport or Pleasure, Workboats and Pilot Boats - Alternative Construction Standards

Port waste management is regulated by the Merchant Shipping and Fishing Vessels (Port Waste Reception Facilities) Regulations 2008, which includes requirements for vessels to:

In turn, harbour and terminal operators must provide adequate waste reception facilities, and must have in place a port waste management plan.

Although fishing vessels are exempt from notifying ports of their waste, and of paying a mandatory charge, they must land waste into the facilities provided by the port or directly to a waste contractor through a private contract.

Smaller vessels not governed by this regime are expected to dispose of their waste in an environmentally sound manner.

Vessels must make sure that waste from exhaust gas cleaning systems equipment is handled carefully and not discharged into ports, harbours or estuaries unless it is thoroughly documented that the waste streams will have no adverse impact on its ecosystem.

Air pollution from ships, and in particular the emission of sulphur and nitrogen compounds (SOx and NOx) and ozone-depleting substances (ODS) is strictly controlled by regulations that implement the International Convention for the Prevention of Pollution from Ships (MARPOL) and its various annexes and protocols. MARPOL Annex VI, which is specifically about air pollution, has 19 separate regulations, as well as a Code for controlling nitrogen oxide emissions. Annex VI is implemented in UK law through the Merchant Shipping (Prevention of Air Pollution from Ships) Regulations 2008 (as amended). 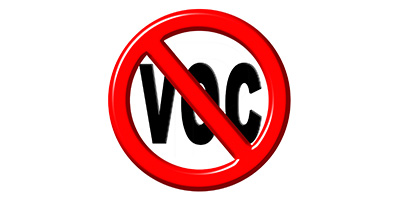 Control of VOCs at tanker terminals is left to individual terminals to reflect the variation in VOC impacts found between terminals. A port wishing to manage VOCs must contact the MCA and indicate:

The application must be submitted at least 18 months before the date that the harbour or terminal has applied for the VOC to be regulated. 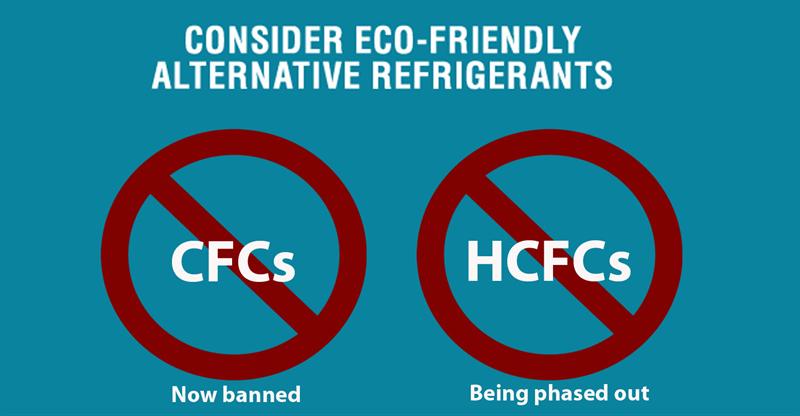 The use of ODS is not prohibited in systems and equipment installed before 19 May 2005. 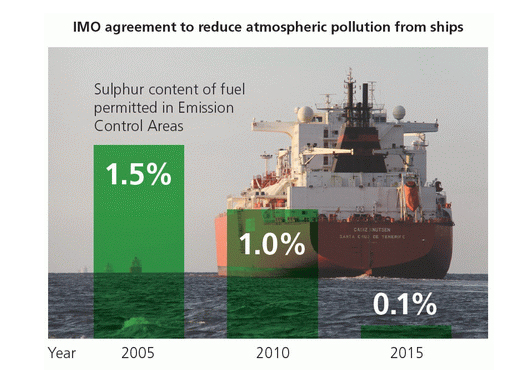 Masters are required to record evidence of the changeover to low sulphur fuel in order to demonstrate compliance having entered a Sulphur Emission Control Area. 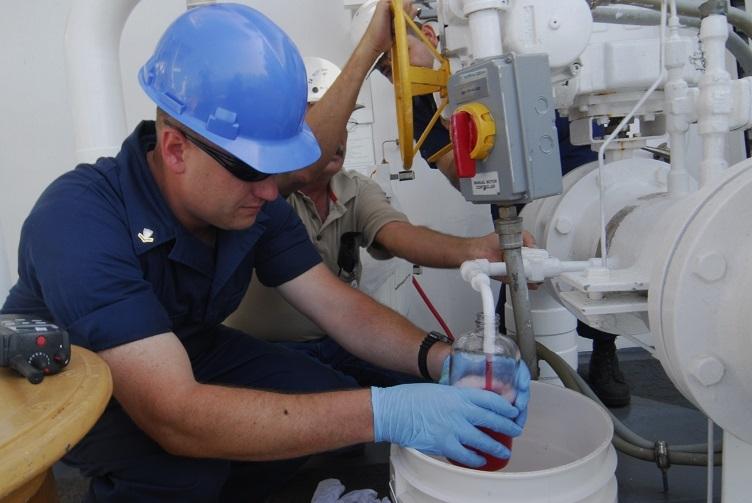 Masters of all ships subject to Annex VI must:

Delivery notes must be kept on board for at least three years. The sample must be retained under the ship’s control until the fuel oil is used, or 12 months, whichever is longer.

Local suppliers of fuel oil for combustion purposes, delivered to and used on board ships, must register with the MCA.

The main international body of regulations to prevent pollution from ships is MARPOL. For more information, see the section of this guide on general requirements for pollution prevention in the marine environment. Annex I of the Convention, which is specifically aimed at preventing oil pollution, was subsequently supplemented by a separate IMO Convention on oil pollution preparedness, response and co-operation.

These Conventions have led to the development by the IMO of a manual on oil pollution, which provides practical information on preventing pollution and dealing with incidents.

The Manual can be bought from the IMO publications department. To order, call the IMO helpline on 020 7735 7611 or email sales@imo.org. 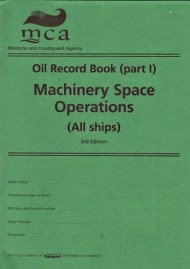 There are detailed construction requirements for new ships within the MARPOL annex which are particularly relevant to oil tankers but impact on other vessels as well. 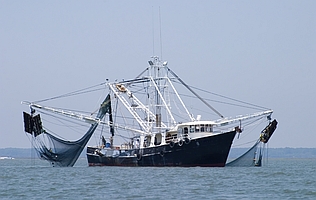 The cumulative effect of relatively small-scale pollution from garbage, bilge washing and catering waste causes a range of problems, as does lost fishing gear. Some of this material does not degrade easily, and can cause injuries to marine life, as well as propeller fouling and intake blockages.

To prevent these problems, operators of fishing vessels should:

Inland waters in the UK are categorised into one of four groups. In outline, these are:

Operators of vessels in these waters should comply with local bylaws relating to the discharge of waste water and dispose of rubbish at suitable shore facilities. Sanitation systems capable of discharging sewage must not be fitted unless they can be sealed or rendered inoperable. Sealed sanitation systems must be in accordance with the BS MA101:1986 Specification for toilet retention and re-circulation systems for the treatment of toilet waste.

Oil-tight trays must be fitted under every engine and gearbox to prevent oil leaks. No fixed bilge pump should draw from an oil-tight area.