The waters surrounding Europe are a busy place, accommodating a wide range of human activities that contribute to our wellbeing and prosperity -international and domestic freight and passenger transport, fishing and aquaculture, oil and gas production, tourism and recreational activities to name a few. At the same time the maritime domain is exposed to a number of risks - incidents and accidents, marine pollution (both accidental and operational), various illegal and criminal activities like illegal, unreported and unregulated fishing, irregular migration, terrorism, piracy and armed robbery, human and drug-trafficking, smuggling and other cross-border crimes.

More than 300 civilian and military authorities in the Member States oversee this busy domain to ensure that the activities taking place there are lawful, safe, secure and environmentally sustainable. Day and night these authorities carry out a number of tasks that are jointly referred to as Coast Guard Functions. 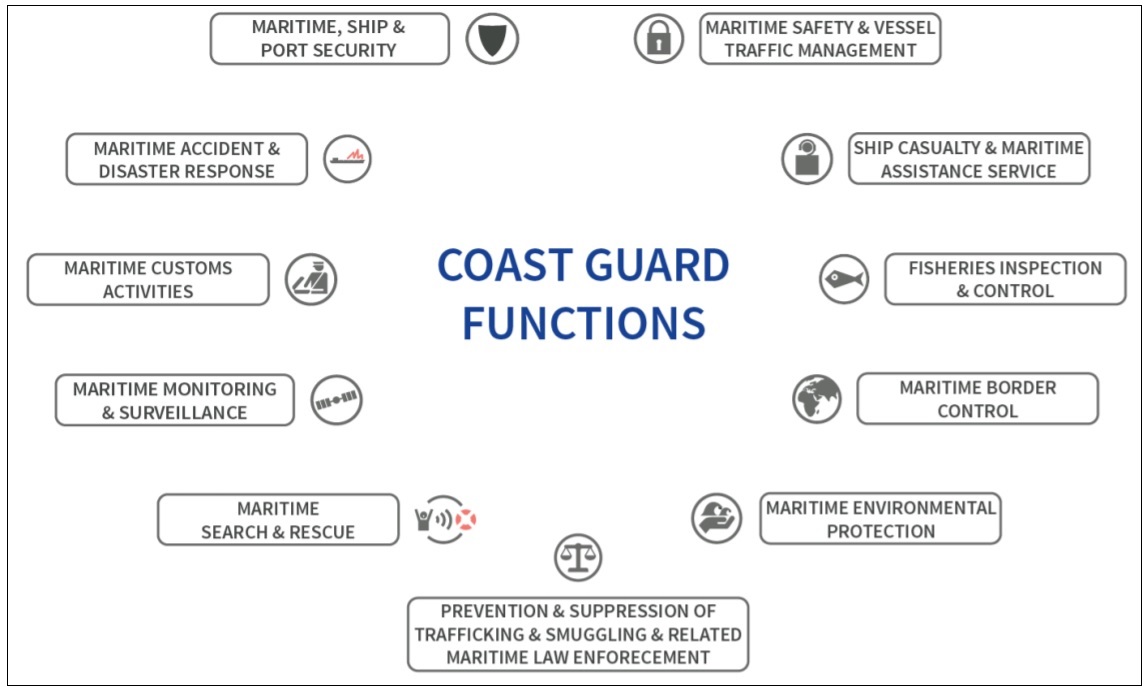 Each of them has a specific area of competence and the user communities they serve have different objectives and responsibilities.

Frontex aims at improving the management of the external borders in order to ensure a high level of internal security in the EU and to tackle cross-border crime.

EFCA focuses on operational coordination of fisheries control and inspection activities by the Member States and endeavours to ensure level playing field for the fishing industry and sustainable approach to fisheries.

EMSA focuses on enhancing maritime safety, security and prevention of ship-source pollution. It also supports response operations to marine pollution caused by ships and by oil and gas installations.

While the three Agencies have quite diverse tasks, the common domain in which they operate naturally drives them to team up and search for synergies. The need and added value for such collaboration has been acknowledged and called for in the EU Integrated Maritime Policy adopted back in 2007.

The cooperation between the Agencies dates back to 2009 and was based on bilateral and trilateral agreements. The migrant crisis of 2015 when more than a million migrants and refugees crossed into Europe, mostly by sea, triggered the Commission to propose the Border Package - a set of measures to manage migration more effectively and improve the internal security of the Union.

As part of the Border package, adopted by the European Parliament and the Council, the mandates of Frontex, EFCA and EMSA were amended. A new cooperation article was introduced in their Founding regulations, requiring them to work together in 5 areas in order to provide more efficient and costeffective support to the MS authorities carrying out coast guard functions. These areas are: information sharing, surveillance and communication services, capacity building, risk analysis and capacity sharing.

In parallel to the adoption of the Border Package the European Parliament launched a pilot project “Creation of a European Coast Guard Function” to provide a test bed for the enhanced cooperation amongst the three Agencies and the Member States authorities.

The pilot project aimed at creating operational and technical synergies between different Coast Guard functions at EU level particularly between EMSA, EFCA, and Frontex. The project activities were clustered into four tasks: 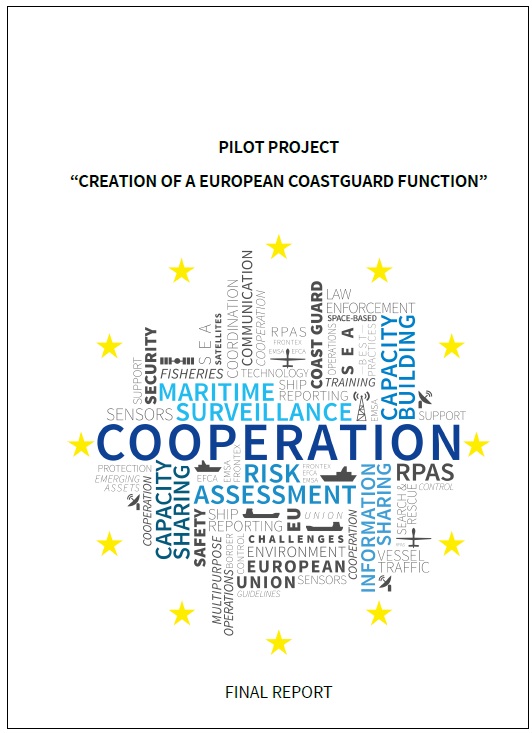