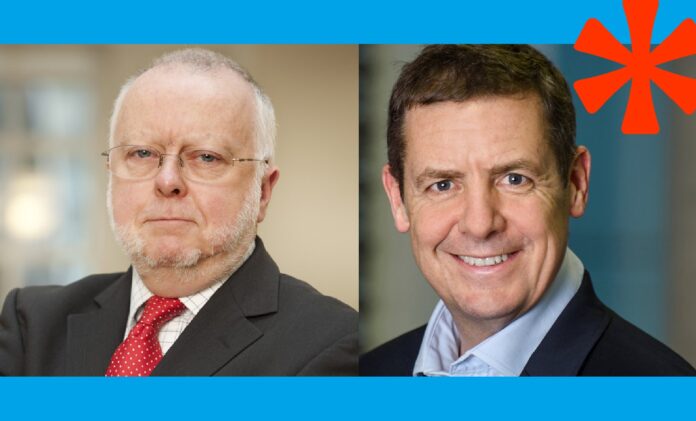 (www.MaritimeCyprus.com) Guy Platten has been named the next secretary-general of the International Chamber of Shipping (ICS), the trade association that represents 80% of the international merchant fleet.

Mr Platten is Chief Executive of the UK Chamber of Shipping, a national shipowners’ association and member of the ICS. Mr Platten told UK Chamber staff of his departure earlier today (Wednesday, February 7).

As yet there is no clear start date for the move. However, Mr Hinchliffe has indicated he would like to retire in May after eight years as secretary-general.

Mr Platten told Lloyd’s List that he was “delighted and honoured and really looking forward to taking up the new role later this year”.

By the time of handover Mr Platten will have served over four and a half years of a five-year contract at the UK Chamber.

Mr Platten is credited with modernising the UK Chamber in recent years. Once at risk of becoming yet another outdated British institution servicing the needs of a dwindling membership, it has become a leading voice in promoting the maritime industry, a position that has become more prominent ahead of the UK’s withdrawal from the European Union.

He has headed a number of industry initiatives during his tenure, including the Chamber’s Blueprint for Growth, which outlined Brexit priorities including cross-border trading, access to global talent and reform of domestic maritime policy.

Last week the UK Chamber celebrated the success of its Smart+ funding campaign, which secured a £15m Department for Transport funding boost that will see more than 400 extra cadets trained in maritime roles every year.

Mr Platten has also been credited with growing Scottish membership at the UK Chamber, with a third of its income now derived from north of the border. The Chamber hosts an annual lunch at the Mansfield Traquair in Edinburgh every June.

He is joining ICS at a time when it is facing increasing pressure on international regulations, particularly on the environment. Growing visibility and attention from the public, politicians and other industries means ICS will be under increased scrutiny and questioning — if not criticism — as the dominant vehicle for the promotion of shipowner interests.

ICS has taken the lead recently on pushing a high sulphur fuel carriage ban through the International Maritime Organization. Its next objective will be achieving a sensible greenhouse gas strategy at MEPC 72 in April.

Before joining the UK Chamber, Mr Platten was chief executive at Caledonian Maritime Assets Ltd. He has spent time as a deck officer in the Merchant Navy, an inspector of lifeboats for the RNLI, as salvage and mooring officer with the Ministry of Defense and director of marine operations with the Northern Lighthouse Board.