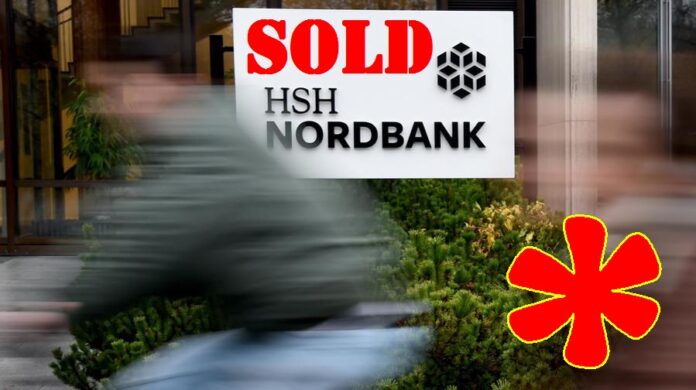 (www.MaritimeCyprus.com) A consortium of buyout groups will pay around a billion euros for Germany’s HSH Nordbank [HSH.UL], once the world’s largest ship financier, as it emerges from crippling writedowns and state bailouts triggered by the deepest sector slump on record.

The purchase price for 94.9 percent of HSH - which will be renamed upon closing - was roughly 1 billion euros ($1.2 billion), they said.

The buyers had been in exclusive talks since mid-January with HSH’s owners, the German regional states of Schleswig-Holstein and Hamburg, and regional savings banks.

J.C. Flowers already held a 5 percent stake, the remainder of a 27 percent share that the investor bought in 2006 for 1.3 billion euros, which was diluted through the injection of state capital.

HSH became the world’s largest lender to the shipping industry in the 2000s. But it needed two state rescues after a slump in its sector caused by the global financial crisis and over-capacity among shipping firms.

Hamburg and Schleswig-Holstein bailed out HSH with 3 billion euros in equity and a 10 billion-euro guarantee in 2009. The guarantee was cut to 7 billion euros in 2011, but HSH asked for it to be returned to the original level in 2013.

The guarantee will now be withdrawn and the purchase price may be reduced after a final assessment of remaining risks, the sellers said, adding no risks would remain with them.

The states said total losses they incurred in their HSH investment would range from 10.8 billion to a maximum of 14 billion euros.

Under European Union state-aid rules, the privatization needed to be finalised by the end of February.

Because HSH will need to meet EU criteria for the validity of its business model after a sale, it will be sold without the bad loans of less than 7 billion euros held by its internal “bad bank”. Those are being sold separately at discounted prices.

Private equity groups typically cut costs at companies they buy, intending to increase earnings and then sell them on for a higher price. Cerberus and J.C. Flowers will be looking to re-sell HSH in about seven years, sources close to the matter have said.

In the medium term, one in three HSH jobs is at risk after the privatization, the sources have said.

Day Of Reckoning Draws Near For German Shipping Losses