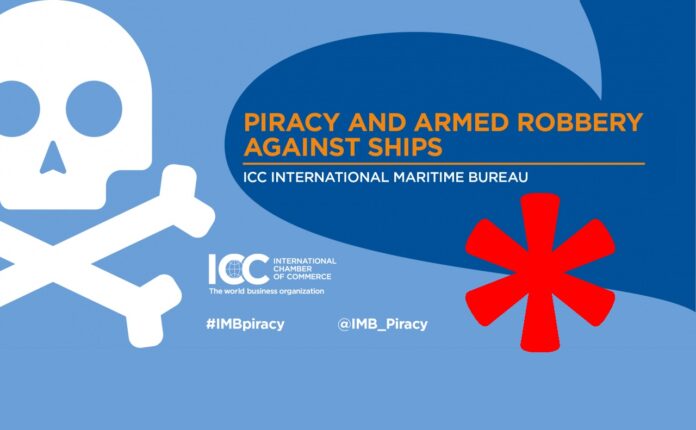 (www.MaritimeCyprus.com) The International Chamber of Commerce’s International Maritime Bureau (IMB) has issued new report on piracy and armed robbery at sea for the first quarter of 2018 (period 01 January - 31 March 2018). There were a total of 66 attacks during this period. 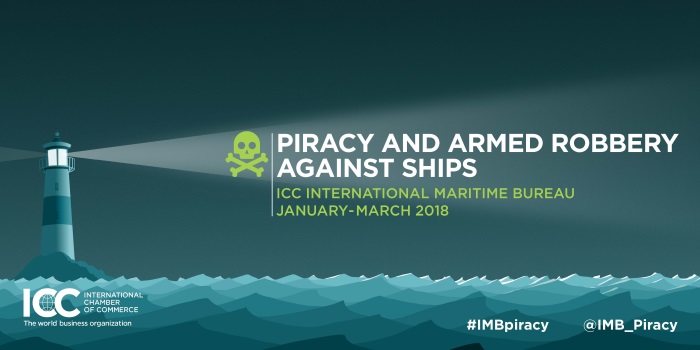 Sixty-six incidents of piracy and armed robbery against ships were reported to the IMB Piracy Reporting Centre (PRC) in the first three months of 2018. The number is up noticeably from the 43 incidents recorded in Q1 2017 and 37 in Q1 2016. 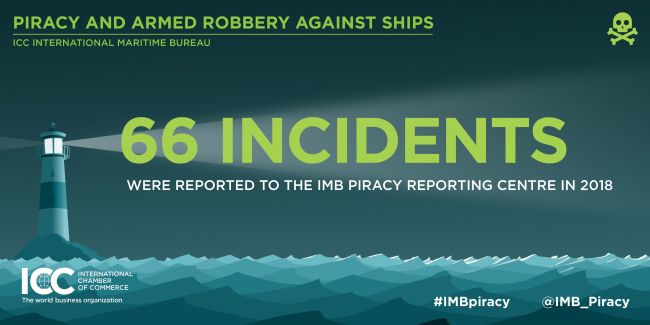 The Q1 2018 figures are broken down as 39 vessels boarded, 12 attempted attacks, 11 vessels fired upon and four vessels hijacked. A hundred crew were taken hostage and 14 kidnapped from their vessels. 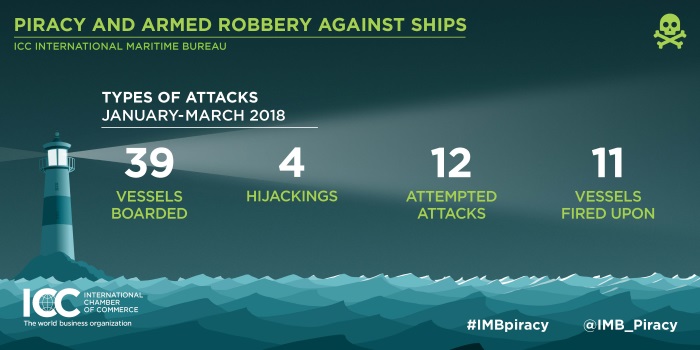 As a region, the Gulf of Guinea accounts for 29 of the 2018 Q1 incidents and all four of the vessel hijackings. With the exception of one crew member, all crew kidnappings and hostages taken occurred in the Gulf of Guinea. As a country, Nigeria recorded 22 incidents. Of the 11 vessels fired upon, eight occurred off Nigeria – including a report from a 300,000 MT deadweight VLCC tanker more than 40 nm off Brass. 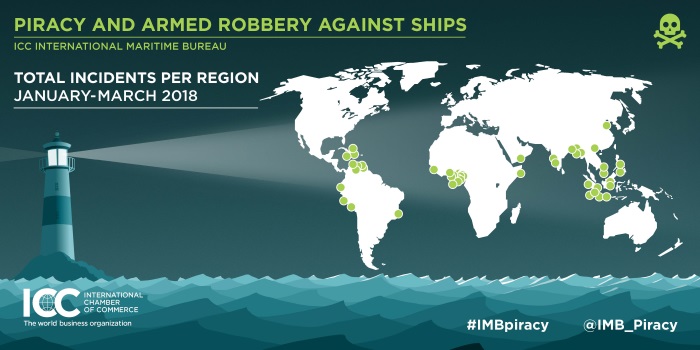 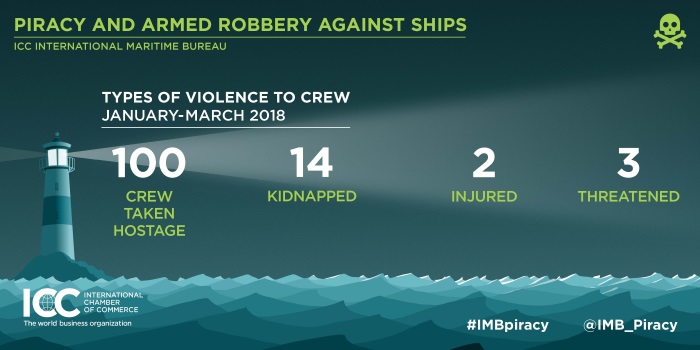 Two anchored product tankers were hijacked at Cotonou anchorage in mid-January and early February, prompting the IMB PRC to issue a warning to ships of heightened activity. Towards the end of March, two fishing vessels were hijacked 30nm off Nigeria and 27nm off Ghana respectively. No vessels were reported hijacked in the Gulf of Guinea for the whole of 2017.

The authorities from Benin, Nigeria and Togo have sent out boats in response to several incidents.

One incident was reported off Somalia where a product tanker was fired upon and chased by two skiffs around 160nm SE of Hobyo. At the end of March, a 160,000 DWT tanker reported being fired upon in the Gulf of Aden, while transiting within the Maritime Security Transit Corridor (MSTC). The distance from land, sighting of ladders and firing upon ships continues to illustrate that the Somali pirates retain the capability and intent to attack merchant shipping in the wider Indian Ocean.

Since 1991 the IMB PRC’s 24-hour manned center, has provided the maritime industry, governments and response agencies with timely and transparent data on piracy and armed robbery incidents – received directly from the Master of the vessel or its owners. The IMB PRC’s prompt forwarding of reports and liaison with response agencies, its broadcasts to shipping via Inmarsat Safety Net Services and email alerts to CSOs, all provided free of cost, has helped the response against piracy and armed robbery and the security of seafarers, globally.

IMB strongly urges all shipmasters and owners to report all actual, attempted and suspected piracy and armed robbery incidents to the IMB PRC. This first step in the response chain is vital to ensuring that adequate resources are allocated by authorities to tackle piracy. Transparent statistics from an independent, non-political, international organization can act as a catalyst to achieve this goal. 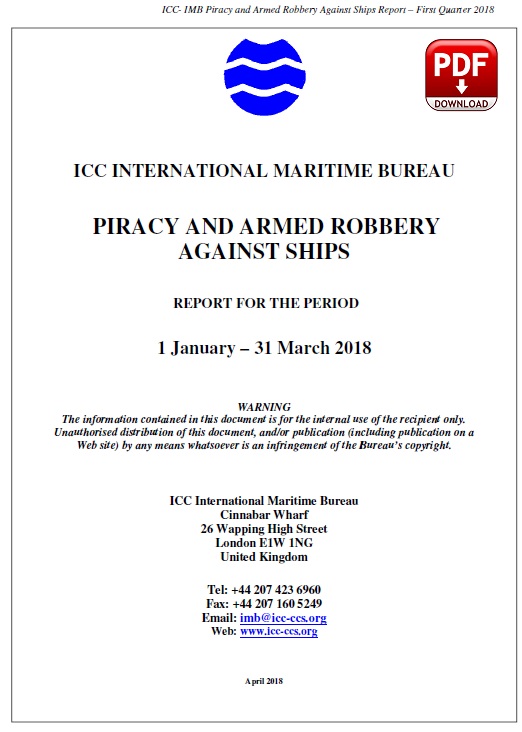