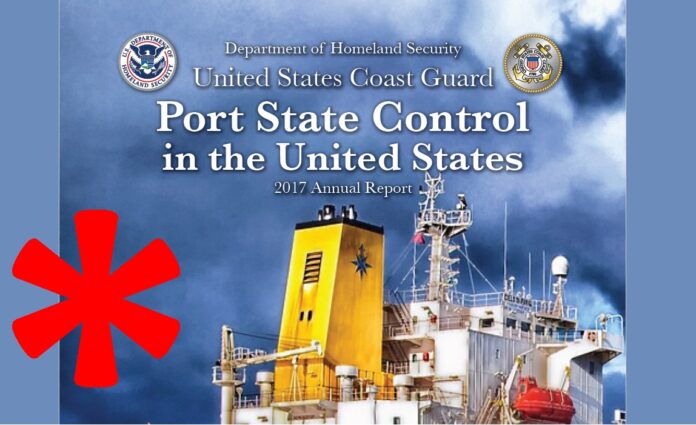 (www.MaritimeCyprus.com) The USCG Office of Commercial Vessel Compliance announced the release of the U.S. Port State Control Annual Report for 2017.

This report marks another year of PSC activities and provides the global maritime industry key statistics and compliance trends in relation to compliance with U.S. and international regulations, such as the Safety of Life at Sea (SOLAS), International Convention for the Prevention of Pollution from Ships (MARPOL), and the International Ship and Port Facility Security Code (ISPS).

In 2017, a total of 10,190 individual vessels, from 84 different flag administrations, made 83,566 port calls to the United States. The Coast Guard conducted 9,105 SOLAS safety exams and 8,793 ISPS exams on these vessels. These exam numbers decreased slightly from the 2016 totals of 9,390 SOLAS and 8,823 ISPS. The total number of ships detained in 2017 for environmental protection and safety related deficiencies decreased from 98 to 91 with the total number of ships detained in 2017 for security related deficiencies decreasing from 8 to 6. The annual detention rate of 0.99% is lowest ever. While the three-year rolling average detention ratio dropped slightly for the second year in a row from 1.58% to 1.40%.

In addition to receiving appeals contesting the overall merits of a detention, we also receive appeals requesting the removal of a party’s association to a detention. In 2017, the Coast Guard received a total of 21 detention appeals. Eleven appeals were submitted challenging the overall merits of the detention. At the time of publication of this report, three appeals were granted and eight were denied. For those parties appealing their association with a detention, ten total were received. Of those ten, two were denied and eight were granted.

Lastly it is very interesting to review the Port State Control Safety and Environmental Protection Compliance Targeting Matrix, via which USCG determines vessels priority for boarding and PSC inspection. 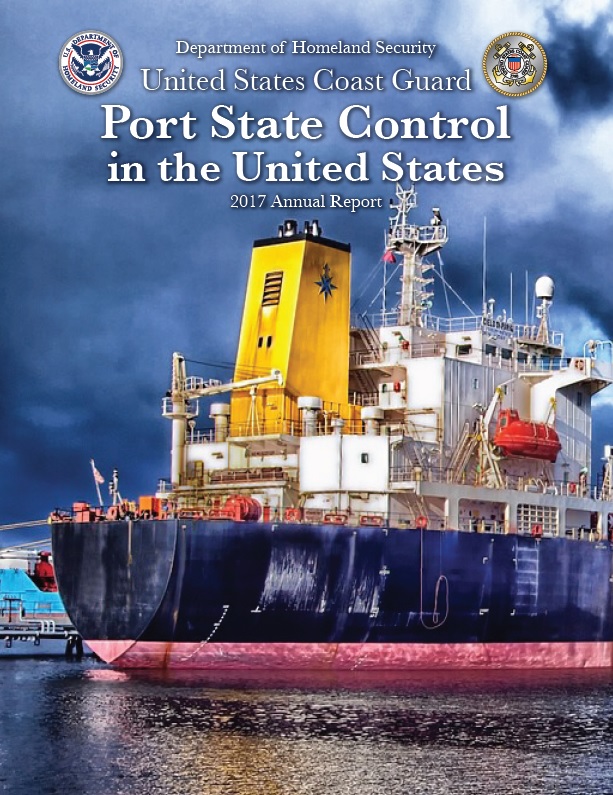