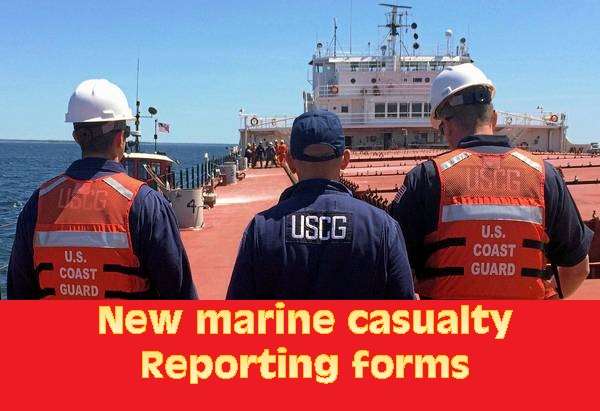 (www.MaritimeCyprus.com) The US Coast Guard posted a bulletin advising that, following the recent rulemaking raising the property damage thresholds for reporting marine casualties, new forms have been developed to reflect those changes, specifically CG-2692 and CG-2692B.

Starting on April 18, 2018, the US Coast Guard's modified rules on marine casualty reporting will take effect. Entities who are required to notify the Coast Guard about marine casualties and serious maritime incidents will see an increase in the monetary thresholds for notification in incidents involving property damage. Other than the increases to these thresholds, the reporting rules are unchanged. For instance, any unintended grounding or bridge allision must still be reported under 46 CFR 4.05-1(a)(1), regardless of the monetary damage incurred.

Citing the need for these requirements to keep pace with inflation, the US Coast Guard noted that the requirements had not been changed since their original implementation in the 1980s.

The consequence of these changes is that there will be fewer reports of casualties and/or serious marine incidents. The Coast Guard estimates that the new rule will save the government and the industry time and money by reducing reporting and record-keeping burdens.

The Coast Guard projects that some of the most significant effects of the new rule will involve 2692 forms  the paperwork that must be submitted to the Coast Guard when reporting a qualifying marine casualty. The Coast Guard expects that there will be approximately 316 fewer reports of marine casualties and 21 fewer reports of serious maritime incidents as a result of the increased monetary thresholds. And, while incidents up to $200,000 in damages will still require a 2692, they will no longer require a 2692B for a serious maritime incident.

The new forms can be downloaded below. 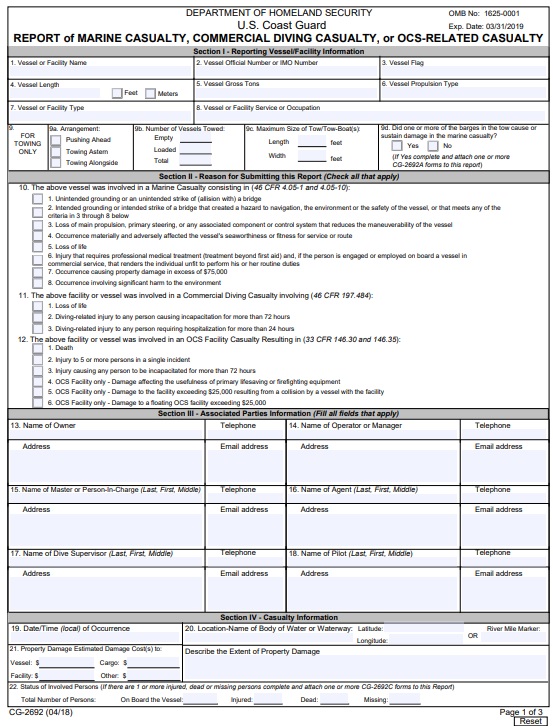 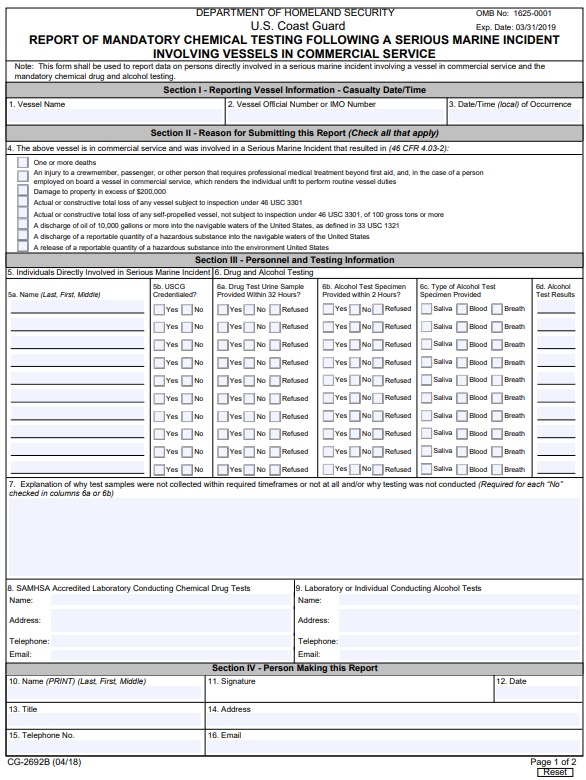