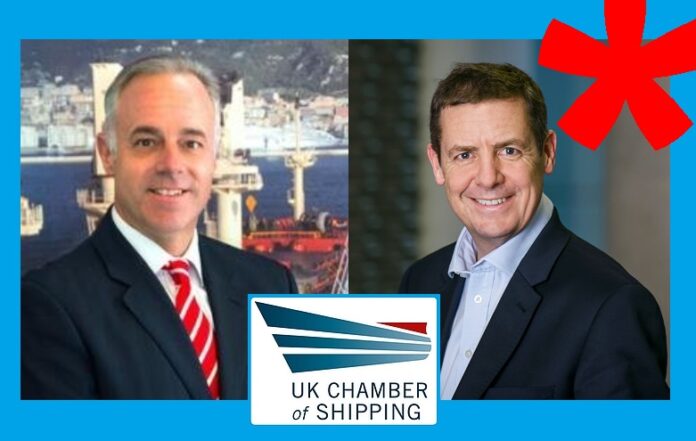 (www.MaritimeCyprus.com) Bob Sanguinetti has been appointed as the Chief Executive of the UK Chamber of Shipping. Mr Sanguinetti was recently CEO of the Gibraltar Port Authority, where he was credited with delivering significant growth in vessel traffic following a series of wide-reaching initiatives.  Previously he served as Commodore in the Royal Navy.

“I am delighted to be appointed to this prestigious role at a time when shipping is so central to the political agenda.  The UK Chamber team deserve great credit for their work in recent years, and I am determined that we build on the solid foundation created under Guy Platten’s leadership.

“The UK Chamber has a long and proud heritage at the heart of the shipping community.  The best way to honour its past is to build an exciting future, and I am hugely ambitious both for the organisation and the industry as a whole.

“I look forward to meeting all of our members in the weeks and months ahead to identify new opportunities to grow the UK Chamber’s offer.”

“Bob comes with a distinguished track record of service to the industry, both in a civilian and military context.  His excellent track record at the Gibraltar Port Authority speaks for itself, and his leading role in developing Gibraltar’s Brexit contingency plan will stand him in excellent stead as the UK Chamber seeks to strengthen its role as a leading voice of British industry.”

Mr Sanguinetti will take up his role on 16 July 2018. He takes over from Guy Platten, who will become the Secretary General of the International Chamber of Shipping in Summer 2018.

Bob Sanguinetti was born and raised in Gibraltar.  After graduating from Oxford University, he served in the Royal Navy for almost three decades, rising to the rank of Commodore. The former mariner served at sea and commanded several Royal Navy warships and a multinational coalition Task Group before working at the Ministry of Defence in a number of strategic roles. His last job in the military was as Head of Intelligence at the UK’s National Operations Headquarters in North London.

He assumed the role of CEO of the Gibraltar Port Authority in May 2014.   During his tenure, the Port of Gibraltar saw a reversal of a downward trend in vessel traffic and activity in most sectors ( -8% (2013/4) to +17% (2016/7)) through a series of initiatives aimed at improving efficiency, strengthening relationships with the local port community, and driving through a robust marketing and engagement plan with international ship owners and operators.  Mr Sanguinetti was elected to the board of the International Bunker Industry Association (IBIA) in 2016.

Most recently (Oct 17), and in recognition of his successful track record at the port, Mr Sanguinetti was seconded to the Office of the Chief Minister to carry out a maritime strategic review, and to lead on wider, Brexit-related contingency planning.