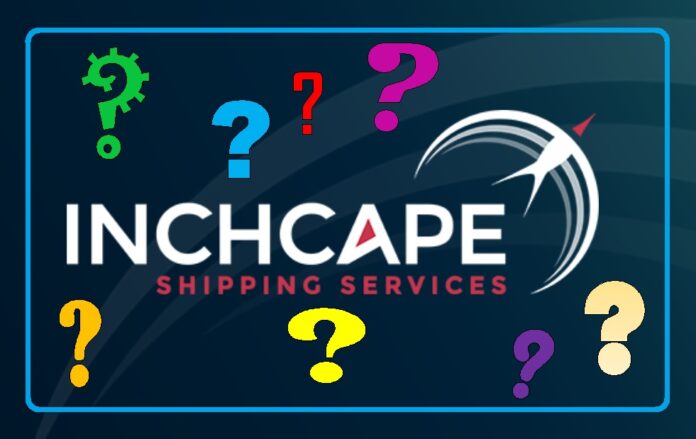 (www.MaritimeCyprus.com) Inchcape Shipping Services Holdings Limited and certain of its subsidiaries (collectively, Inchcape) have agreed to pay US$20,000,000 to resolve allegations that they violated the False Claims Act by knowingly overbilling the U.S. Navy under contracts for ship husbanding services, the Department of Justice announced today.  Inchcape is a marine services contractor headquartered in the United Kingdom.

Inchcape provided goods and services to Navy ships at ports in several regions throughout the world, including southwest Asia, Africa, Panama, North America, South America and Mexico.  Inchcape provided ships with food and other subsistence items, waste removal, telephone services, ship-to-shore transportation, force protection services and local transportation.  The lawsuit alleged that from 2005 to 2014, Inchcape knowingly overbilled the Navy for these services by submitting invoices that overstated the quantity of goods and services provided, billing at rates in excess of applicable contract rates, and double-billing for some goods and services.

“Federal contractors may only charge the government for costs allowed by their federal contracts,” said Acting Assistant Attorney General Chad A. Readler, head of the Justice Department’s Civil Division.  “The Department of Justice will take action against contractors that knowingly submit inflated claims to the armed forces—or any other agency of the United States—as those inflated claims wrongfully divert taxpayer dollars.”

“We trust contractors supporting our warfighters to act with the utmost integrity and expect them to comply with their obligations to bill the government as called for by their contracts,” said U.S. Attorney for the District of Columbia Jessie K. Liu.  “This settlement reflects our Office’s strong commitment to holding accountable those who violate these fundamental principles, no matter where they may be located.”

“Fraud is an abuse of the system that siphons resources away from the American warfighter,” said Jeremy Gauthier, Special Agent in Charge of the Naval Criminal Investigative Service’s Washington D.C. field office.  “NCIS will continue to work with our law enforcement partners to hold responsible those who would put personal gain above corporate integrity.”

The lawsuit was brought under the qui tam, or whistleblower, provisions of the False Claims Act by three former employees of Inchcape, Noah Rudolph, Andrea Ford and Lawrence Cosgriff.  Under the act, a private citizen may bring suit on behalf of the United States for false claims and share in any recovery.  The government may intervene in the case, as it did here.  The False Claims Act allows the government to recover treble damages and penalties from those who violate it.  As part of today’s resolution, the whistleblowers will receive approximately $4.4 million.

The lawsuit describes a host of methods that Inchcape allegedly used to overcharge Navy ships, from small Coast Guard cutters to the largest aircraft carriers.

In the Persian Gulf, during the contract period of 2005 to 2014, Inchcape routinely inflated the prices on multiple vendor invoices by 15-20% or more and pocketed the difference as profit. In one example, the complaint cites a four-day call by the USS Eisenhower in Jebel Ali in 2009 in which Inchcape's Dubai office booked a gross profit margin of $222,788.

In Panama, Inchcape submitted false claims for Panama Canal tolls; in one example charging over $14,000 for two Navy ships when the actual bill had been less than $7,000.

In Mexico, during port calls to Cozumel, Mazatlán and Acapulco, Navy ships were routinely charged up to 10 times the true cost of services ranging from ship pilots to long distance telephone airtime.

The former employees are Lawrence (Larry) Cosgriff, a retired naval reserve intelligence officer and senior vice president of Inchcape's Government Services Division from 2007 to 2010; Noah Rudolph, a former special agent for the Federal Bureau of Investigation and CFO of the Government Services Division from 2008 to 2009; and Andrea Ford, an Inchcape government services manager from 2007 to 2010. The lawsuit alleged that the former employees resigned from the company after discovering the alleged multi-million dollar overbilling scheme and bringing it to the attention of the company's CEO Claus Hyldager and other senior executives, but there was internal resistance to their effort to stop the fraud and prevent further illegal acts. Mr Hyldager resigned from Inchcape in 2015.

The case was handled jointly by the Civil Division’s Commercial Litigation Branch and the U.S. Attorney’s Office of the District of Columbia, with assistance from the Department of the Navy and the Naval Criminal Investigative Service.

The case is captioned United States ex rel. Rudolph v. Inchcape Shipping Services Holdings Limited, et al., No. 1:10-cv-01109 (D.D.C).  The claims alleged in the case are allegations only, and there has been no determination of liability.