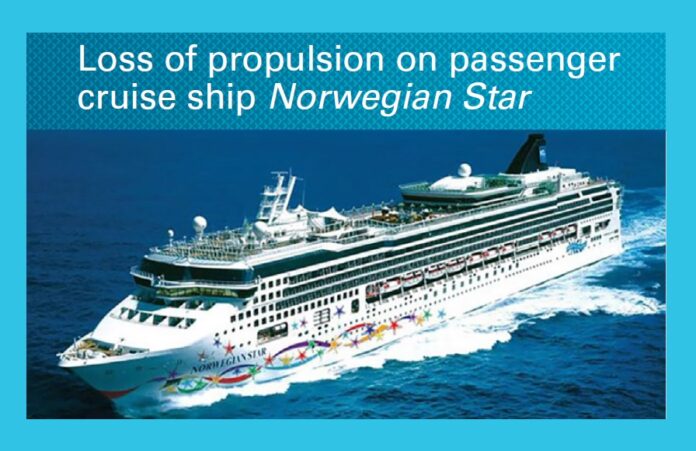 (www.MaritimeCyprus.com) The Australian Transport Safety Bureau (ATSB) issued the report of its investigation into the loss of propulsion on the passenger cruise ship Norwegian Star in Bass Strait on 10 February 2017. The starboard propulsion unit had been recently repaired. The port propulsion unit was inoperative. The ship departed Melbourne on a cruise to New Zealand.

Shortly after departure, the starboard propulsion unit failed and the ship had to be towed back to port. Investigation revealed that the unit failed due to an error in the design of the modification made as part of the repair.

The ATSB found that Norwegian Star lost function of its starboard propulsion as a result of the failure of the recently repaired starboard exciter. The configuration of the exciter unit had been modified as part of its repair, and the unit failed as a result of an error in the design of the modification. Insufficient clearance had been provided to allow for movement and thermal expansion of components during the unit’s operation.

This error was not detected during the design, installation and trialling of the modified exciter unit. The need for the repair of the starboard exciter unit had followed its failure on 11 December 2016.

The failure of the unit in its original (as-built) configuration, and the subsequent failure of the original port exciter unit on 24 January, were both probably due to a breakdown in electrical insulation. Processes for the monitoring of exciter unit condition were ineffective in detecting deterioration prior to unit failure.

The ship operator’s decision to sail from Melbourne with only the starboard propulsion unit did not breach any regulatory requirement and was based on confidence in the reliability of the repaired starboard unit. While the repaired exciter was of proven design concept, the detailed design specific to this propulsion system application had not previously been used in-service. 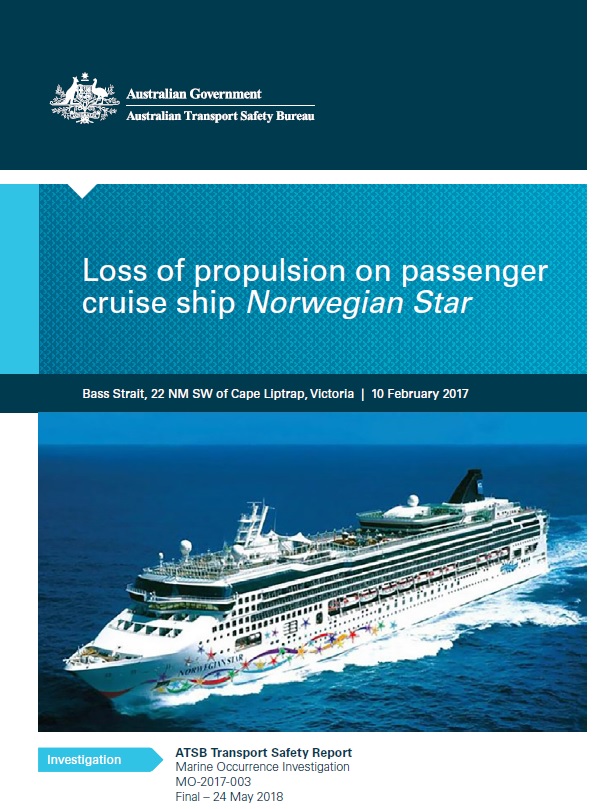