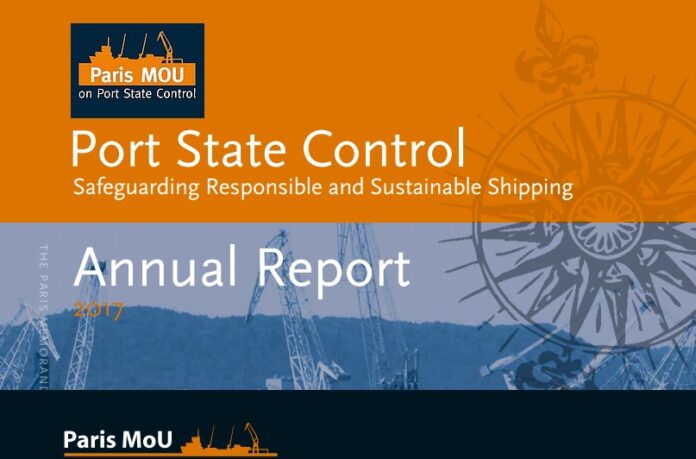 (www.MaritimeCyprus.com) The Paris MOU on Port State Control, has posted the 2017 Annual Report which also contains their White-grey-Black lists (for infographic check out the bottom of this article).

Over a three year period the flags of the Republic of Moldova, the United Republic of Tanzania and Togo have recorded the highest number of bannings. Looking at the Paris MoU “White, Grey and Black List” the overall situation regarding the quality of shipping seems to be stabilizing. Although some flag States have moved between lists, the total amount of 40 flags on the “White list” is similar to 2016 (42).

This year there were two new entries to the “White List”; Poland and the Republic of Korea.

The Islamic Republic of Iran, Kazakhstan, the Russian Federation, the United States of America moved from the “White List” to the “Grey List”. Last year’s non listed Tuvalu also entered the “Grey List”.

Recognized Organizations (ROs) are delegated by flag States to carry out statutory surveys on their behalf. For this reason, it is important to monitor their performance.

For several years the Paris and Tokyo MoU have made a joint submission to IMO addressing the correlation between flags and the ROs working on their behalf. The results are also published in the Annual Report. It is useful information for the industry in determining the risks posed by substandard shipping.

As the states with the highest number of ship calls Spain, Italy, United Kingdom, Russian Federation, the Netherlands, Canada and France, together made up over 51% of the total number of inspections, but each member contributes to the inspection efforts by means of the fair share mechanism. 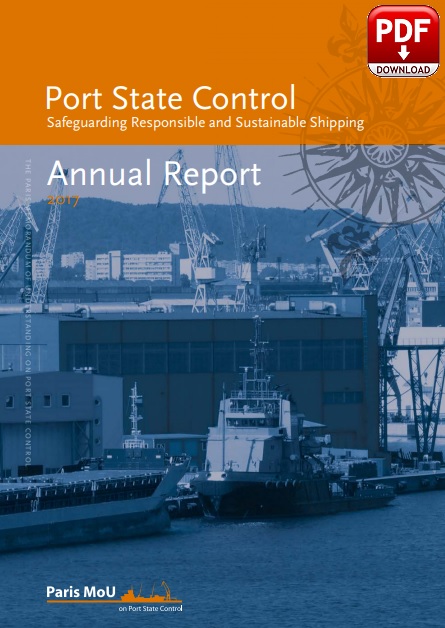