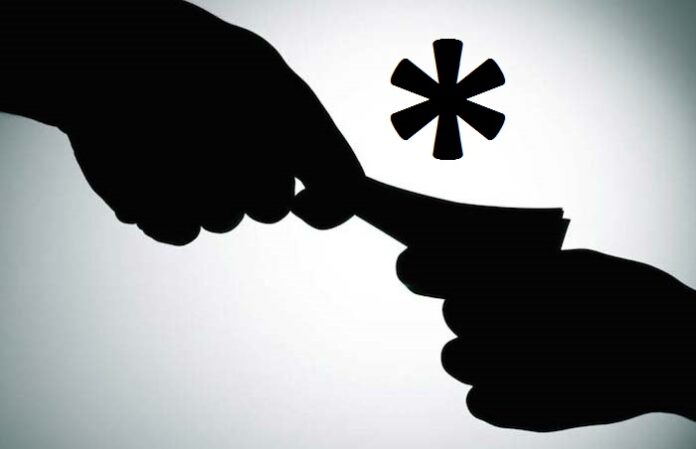 (www.MaritimeCyprus.com) Concerning Nigeria’s anti-corruption efforts, it is not all bad news as the project improving respect for standard operating procedures (established by Port Agencies in a process chaired by the ICPC) and use of a new grievance mechanism managed by the Nigeria Shipper’s Council all housed in a Port Services Support Portal www.pssp.gov.ng seems to be making a difference at Nigeria’s ports.

For the global shipping industry, Nigeria is one of the most challenging countries to do business in with unlawful demands commonplace. In Nigeria, there are numerous steps in the vessel clearance process which lead to inefficient operations (e.g. red tape issues) and increase the opportunity for illegitimate demands in ports. As an example, a root cause analysis carried out by the Maritime Anti-Corruption Network (MACN) and United Nations Development Programme at the start of the port reform project concluded that it can take more than 140 signatures to get a vessel or cargo cleared in Nigeria.

In an ongoing survey by The Convention on Business Integrity (CBI), Nigeria partner of the MACN, 9/10 vessel captains surveyed so far report that, “Nigerian Sea Port or Terminal officials boarding the vessel ask Captains for cash, cigarettes, items from the galley or other gratuity,” always! Some who know the industry well have cited instances of representatives of ports agencies coming off vessels carrying cartons of sardines and other items found in the galley of the vessels not knowing captains make a report and the shipping companies eventually surcharge cargoes coming to Nigeria recovering many multiples of the cost of the items taken off the vessels by such officials.

For instance, Danish operated vessels call at Nigerian ports nearly 600 times a year so the financial value of fair and smooth port calls is enormous. According to Maria Skipper Schwenn, Executive Director, Danish Shipping, “It is of utmost importance for the shipping sector that trade and port calls are free from any illicit demands that cause iniquitous delays and stressful situations for the crew.” Danish Shipping has a zero-tolerance approach towards bribery and is therefore very pleased with the achievements of the anti-corruption efforts in the port sector so far. Shipping companies have periodically achieved a zero-tolerance approach to corrupt demands without it resulting in threats or delays in Nigeria.

There was a case where an attempt was made to surcharge a vessel, arrested by an immigrations official, by as much as $8,000 per head of crew on a matter the shipping company believed to be illegal, in one of Nigeria’s Sea Terminals. The company involved reported this to the Convention on Business integrity as local partner of the MACN, that then escalated the matter to the Nigeria Shippers Council who then using the grievance mechanism established by the project escalated it to the top of Immigrations. The good news is that within 48hrs the vessel was released, and the official involved summoned to Abuja where an investigation of the matter was then initiated.

The Maritime Anti-Corruption Network has been active in Nigeria since 2012 and has been able to push for improvements in ports processes in partnership with the ICPC, TUGAR, Shippers Council and other key players in the maritime sector. With funding from several donors, the network has been able to develop a platform of tools to improve the port environment. These tools have been tested in five Nigerian ports (Apapa, Tin-Can, Calabar, Onne and Port-Harcourt) with positive feedback and have been further enhanced by an integrity training kit for port officials. Between 2016 and 2017, CBI has trained some 1,000 port officials with this kit on behalf of the Network.

According to Cecilia Müller Torbrand, Director of the Maritime Anti-Corruption Network, “through collective action, and the support of our donors we have been able to push for change in an environment no one believed we could. However, our work in Nigeria is not finalized. We must still ensure the tools and procedures are both used by the shipping industry and implemented in the ports. Together with the Nigerian authorities and CBI, we have built a solid platform, and we are eager to continue to push for a positive change in Nigeria. The lessons learnt here and the toolkit we have developed can also be applied globally to combat corruption in other hot-spot locations.”

The Nigeria Shippers Council is preparing to transit into the Transport Commission of Nigeria where it will be responsible for regulating rail, road and maritime transport. These lessons on how to improve transparency of operating procedures, consistency of their application and predictability of charges and services from participants in the sector will certainly improve end user confidence and contribute towards the ambitions of the Presidential Enabling Business Council.

Is progress possible in the fight against corruption? I would say YES, especially when it is towards activities to identify corruption risks and prevent them. What do you think?

BIMCO has backed a request made by The Maritime Anti-Corruption Network (MACN) for the IMO and member States to fully recognise the scale of maritime corruption and to take a stand against this type of crime.

MACN is a global business network working towards a corruption free maritime industry that enables fair trade to the benefit of society. The network has submitted a paper to the IMO Committee that discusses the impact of corruption on society, how it acts as a trade barrier and how it hinders social economic growth.

The network has to date made significant progress in tackling corruption.

BIMCO offers tools to help fight corruption
Supporting this work, BIMCO has advised the IMO about the BIMCO Anti-Corruption Clause for Charter Parties. The clause addresses corruption by providing industry players with a way to respond to unlawful demands for gifts or cash.

“BIMCO supports the push against maritime corruption and can help the industry by offering tool that industry players can use in the fight against unlawful demands and corruption,” says BIMCO Head of Maritime Technology and Regulation, Aron Frank Sorensen.

The BIMCO Anti-Corruption Clause is designed for use in both voyage and time charters and sets out a series of steps that contracting parties can follow in co-operation to resist unlawful demands.

Should these steps fail, a number of options are available through the clause, with termination by either party being the ultimate sanction. The termination option has a high threshold in order to avoid misuse such as an easy way out from an inconvenient charter.