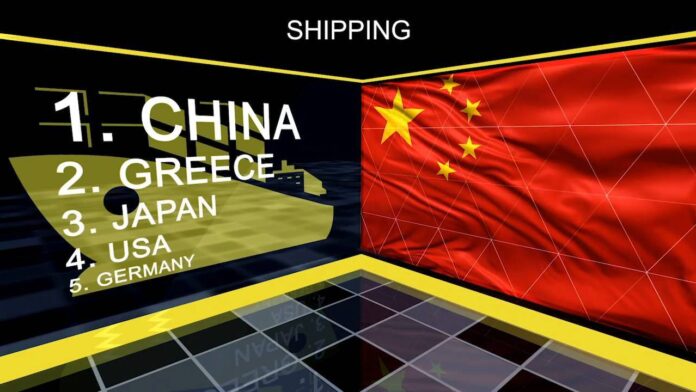 (www.MaritimeCyprus.com) The new report follows up the 2017 report by Menon and DNV GL on the Leading Maritime Capitals of the World 2017, but shifts the focus to an extensive review of the maritime industry at the national level.
The ranking digs deep into a broad range of indicators on maritime capabilities and performance, and the research provides a holistic perspective of countries that influence the shape of the future international maritime activities in the world to stakeholders in the maritime industry.

This study provides an objective analysis of the different countries’ global position as maritime nations using a comprehensive bench-marking framework. The results are an indication of the overall development in a country over several decades, and to some extent mirror the economic growth and size of a nation’s economy. The presence of several small, high income economies among the top 10 leading maritime nations indicates the importance of policy measures and public institutions, including high investment in R&D, innovation and tertiary education focusing on the maritime sector at a national level.

The 2018 report on the “Leading Maritime Nations of the World” ranks China as the world’s leading maritime nation, placed among the top four on all the maritime pillars in the ranking. China’s position is particularly strong in shipping and ports & logistics, mirroring its position as a global manufacturing hub.

The United States is placed second, scoring high on all four dimensions, followed by Japan. Singapore, as a small and young nation, managed to secure its position in the top 10 with a strong showing on ports and logistics(3rd in ranking) as well as in shipping (6th spot).

Germany, Norway and South Korea share the 4th place, as these three countries have an aggregated total score very close to each other. Norway and South Korea’s top rankings reveal that smaller, high income countries that place significant investment in R&D, focusing on technology, innovation and engineering capabilities for the entire marine shipbuilding eco-system, could propel themselves into the top 5.

Greece’s ranking shows that even smaller countries can still have significant influence and importance on a global scale, with the country being placed 7th considering all the maritime pillars and 2nd in Shipping, due to its shipping business acumen and traditions.