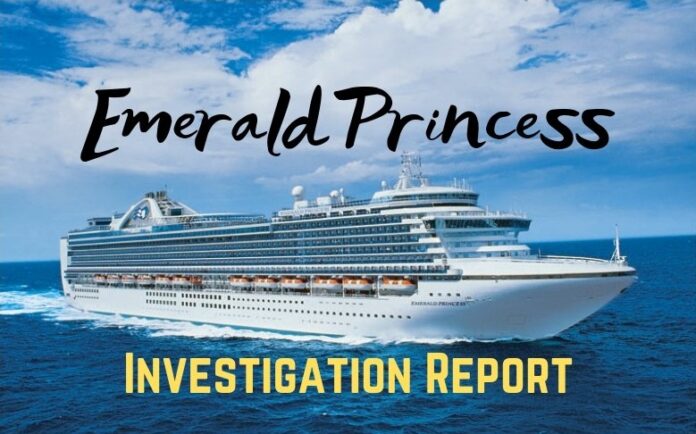 (www.MaritimeCyprus.com) The New Zealand Transport Accident Investigation Commission has released its report on the 2017 accident in Port Chalmers, Dunedin, on board the cruise ship Emerald Princess, in which a nitrogen cylinder burst, causing one fatality.

The report highlights a lack of global minimum standards for inspection, testing and rejecting pressure cylinders for stored energy systems on lifeboat launching installations – a system common on cruise ships.

In February 2017, the crew of the Bermuda-flagged Emerald Princess was re-pressurizing the gas cylinders after maintenance of a stored energy system (which provides an alternative means of launching lifeboats in the event of power failure).

The investigation found that the cylinder casing of the exploded cylinder had become weakened by corrosion and was about 30 percent of the original thickness. The crew was following the correct procedure for recharging the nitrogen cylinders when it burst.

The failed nitrogen cylinder and several other pressure cylinders within the stored energy system, despite having been surveyed about two weeks earlier, were not fit for purpose and should not have been left in service.

The Commission also found that there is an urgent need for consistent and proper standards to be developed at a global level for maintaining, inspecting, testing and, where necessary, replacing high-pressure cylinders associated with stored energy systems on board ships.

The operator took a number of immediate safety actions to prevent a recurrence of the accident on any of its ships.

The Commission issued an interim report with early recommendations to the equipment manufacturer, the International Society of Classification Societies, the Cruise Lines International Association and Maritime New Zealand to alert their members and surveyors as appropriate to the circumstances of the accident and to have the condition of similar installations checked.

The Commission made two additional recommendations: one for the manufacturer to improve training for its surveyors; and one for Maritime New Zealand to raise, through the appropriate International Maritime Organization safety committee for its consideration, the implications for maritime safety of not having adequate minimum standards for the inspection, testing and rejection of pressure vessels that are part of stored energy systems.