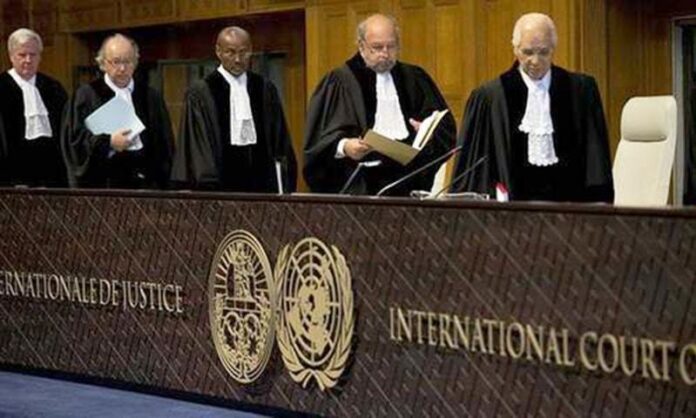 (www.MaritimeCyprus.com) The International Court of Justice ruled that the process of decolonization of Mauritius was not lawfully completed when that country acceded to independence and that the United Kingdom is under an obligation to bring to an end its administration of the Chagos Archipelago as rapidly as possible.

The UK must return the Chagos Islands to Mauritius "as rapidly as possible," the United Nations' highest court ruled recently, branding its occupation of the Indian Ocean archipelago illegal.

The islands, which are home to US military base Diego Garcia, were separated from the former British territory of Mauritius during decolonization in 1968. The international Court of Justice (ICJ) has ruled that act was illegal under international law.After gaining the islands in the early 1970s, Britain evicted almost 2,000 residents to Mauritius and the Seychelles to make way for the US military base on the island of Diego Garcia.
For years, the US base has been vital to the military, serving as a landing spot for bombers that fly missions across Asia, including over the South China Sea. The UN ruling raises questions about its future.
The decision by the ICJ is merely advisory. The matter of who holds sovereignty over the Islands, located more than 2,000 miles off the east coast of Africa, will now be debated by the United Nations General Assembly -- which referred the case to the ICJ despite London's protests.
"The United Kingdom is under an obligation to bring an end to its administration of the Chagos Archipelago as rapidly as possible, thereby enabling Mauritius to complete the decolonization of its territory in a manner consistent with the right of peoples to self-determination," the ICJ said in its judgment.

Carl Schuster, a former director of operations at the US Pacific Command's Joint Intelligence Center, said the ruling could force Washington to negotiate with Mauritius over the future of the Diego Garcia base.
"Everything boils down to what Britain does," he said. "If it transfers the islands to Mauritius -- and it has a history of obeying these rulings -- then it's up to Mauritius. If they say the existing agreement is no longer valid, then (the US) would have to renegotiate."
Schuster said the Indian Ocean base was "very important to US operations in the Persian Gulf and Indian Ocean" and its loss could have a major impact, forcing the US "to change logistics support" in the region.
"It wouldn't weaken (US military strength) necessarily but logistics are everything," he added.
According to the US Navy, Diego Garcia was used to guide tactical aircraft supporting US military missions in Afghanistan and Iraq, and featured remote satellite tracking stations, an Air Force Space Command and Pacific Air Force support and logistics teams.
In a statement following the IC, Mauritian Prime Minister Pravind Jugnauth urged the UK to "respect" the court's "clear, precise and very strong opinion."
A representative for the UK's Foreign Office said in a statement that "this is an advisory opinion, not a judgment."
"The defense facilities on the British Indian Ocean Territory help to protect people here in Britain and around the world from terrorist threats, organized crime and piracy," the representative said.

Click on below image to view the relevant press release.