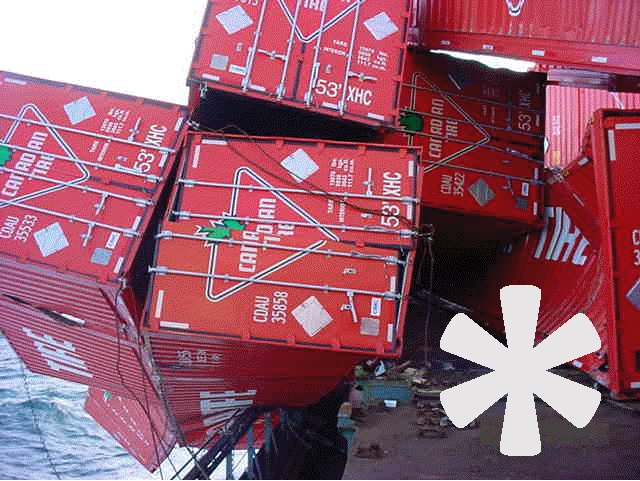 (www.MaritimeCyprus.com)Â The causes of losing containers overboard are numerous and often complex, though very often basic operational errors are a factor. The consequences of container loss should justify time, cost and effort by ship owners and operators in reviewing and improving preventative measures. GARD P&I club has put together a fine article which tackles this issue.Â

This is the second of a two part article focusing on container losses at sea.Â Part oneÂ looked at the greater impact container loss at sea is having on shipowners and operators and this Insight reviews some of the causes and what can be done to prevent them. We aim to offer some new insights on this topic covered previously in ourÂ Compilation on Container Carriage.

Quite apart from casualties, resulting in containers being lost overboard due to e.g. grounding, foundering or collision, heavy weather is often the most common factor resulting in stack collapse during otherwise routine voyages. In the SVENDBORG MAERSK waves of 10 metresÂ reportedly caused rolling in excess of 40 degrees. The master had reportedly prepared for bad weather but did not foresee how much worse the actual weather and wave situation turned out to be. Gardâ€™s recent claims experience is that ship handling in heavy weather is also a relevant factor in losing containers. In one case a master proceeded at full speed in an unsuccessful attempt to outrun a typhoon; and in another, a master failed to heed warnings issued by theÂ IMOÂ relating to synchronous and/or parametric rolling by slowing down in following seas.

Failure to comply with the shipâ€™sÂ Container Securing Manual (CSM)

A more common cause of stack collapse is the failure to comply with limits for stack or tier weights or stack heights stipulated in the shipâ€™s CSM. In some cases we have seen, the CSM itself has not catered for different stability conditions or the use of non-standard containers, such as high cubes. When a container ship is on charter, we have also seen communication breakdowns between the chartererâ€™s container planners and the crew, even when using the same computer stowage planning programme. Charterers will naturally look to optimise stowage, but the crew may be reluctant to intervene and upset tight schedules.

The sheer scale of the lashing arrangements on larger ships makes it difficult for a crew to check them against the CSM and a feeling may prevail that there is little danger to the ship if some containers are lost and that it is chartererâ€™s problem. The larger the ship, the more lashing equipment there is to maintain, which stevedores may have little interest in handling carefully. Maintenance is not an easy task to keep on top of and incidents do occur because of defective equipment.

The increasing number of containers on board has an obvious effect on the time taken to lash and unlash them, much to the concern of charterers. The use of fully automatic locks, such as those designed to disengage when there is a slight slew of the container around its vertical axis, has raised questions as to whether this sort of movement may be reproduced at sea in heavy weather. Concerns surrounding these locks were first raised by Gard in 2006 (See ourÂ LP Circular No 08.06). Fully automatic locks were reportedly in use throughout the deck on the SVENDBORG MAERSK. The Danish Maritime Accident Investigation Report comments that these locks reach their minimum breaking load at lower forces than semi-automatic locks and allow stacks to swing considerably due to higher vertical tolerance. The report does not conclude on the causative effect of these locks. This is obviously a complex issue and it appears further investigations are being made. In at least two of the significant container loss cases seen by Gard, fully automatic locks were in use and it was surprising that in both cases it was the owners providing fully automatic locks, albeit with the chartererâ€™s approval. The concern surrounding the use of the locks, or at least the suitability of certain designs, continues.

Failure can be beyond the control of crew and charterer, In the NAPOLI, where over 100 containers were lost, theÂ reportÂ by the MAIB found that the weight of 137 of the 660 containers on deck differed by more than three tonnes from the declared weight, resulting in a total deviation of 312 tonnes from the cargo manifest. In other cases, the container itself may be unfit or its contents inadequately secured.

A number of initiatives are underway to address shipper-related issues. It is notable that it will be nearly ten years from the â€œNAPOLIâ€ when, in July 2016 amendments to the Safety of Life at Sea (SOLAS) Convention are expected to bring into force the requirement for container weight verification as a condition for vessel loading. The World Shipping Council has recently issuedÂ guidelinesÂ on this new requirement for its member shipping lines. This is a welcome development, together with a newÂ Code of Practice for Packing of Cargo Transport Units.

Amid concerns that theÂ racking and stackingÂ capability of containers could lead to undue stresses, a review is underway by the International Organization for Standardization (ISO) into the standards regarding lashing equipment and corner castings. The MARIN (Maritime Research Institute Netherlands) lashing@sea project is a cross-industry initiative, involving ship owners, lashing suppliers, classification societies and competent authorities. It has conducted valuable investigations into lashing loads and acceleration forces, which has brought about a greater understanding of the physics involved and areas for improvement in lashing technology and operational procedures. The publication,Â Safe Transport of Containers by Sea: Industry Guidance for Shippers and Container StuffersÂ is a useful guide to industry best practices.

Referring to some of the causes mentioned above, owners and operators are encouraged to review heavy weather precautions. Forecasts are never completely reliable and a sensible balance must be struck between time scheduling pressures and the risks/consequences of stack collapse and container loss. Ship handling in heavy weather is probably an area where training might be improved. The CSM is a living document that should be reviewed to ensure it is fit for purpose.Â The same goes for lashings and a review might usefully question whether more effective checks can be made and whether the right choices are being taken on lashing designs.

This Insight has looked at the causes and prevention of losing containers at sea. All parties involved in the transport chain must perform their roles in a responsible way - it might take only one container to start a stack collapse, which in a worst case scenario could result in harm to the crew. As reported inÂ part oneÂ of this article, the loss of containers overboard is starting to have bigger consequences from an environmental perspective. The costs of property damage and lost time must also be factored in. An overweight, badly stuffed, or unfit container is often undetectable at loading. However, if the container is sound, it rests with the ship and the charterers to stow and secure it properly, in accordance with the CSM, making allowances for voyage variables not contemplated by the CSM. Whilst it is usually the charterers which act as contractual carriers and are often also responsible under the charterparty for stowage and securing operations, the complexity of stack collapse and container loss will often mean that ultimate liability is not clear cut. Certainly, owners can expect to be targeted by authorities for the search and removal of lost containers, as well as shore debris. It is therefore more important than ever that container planners and the crew are on the same page. 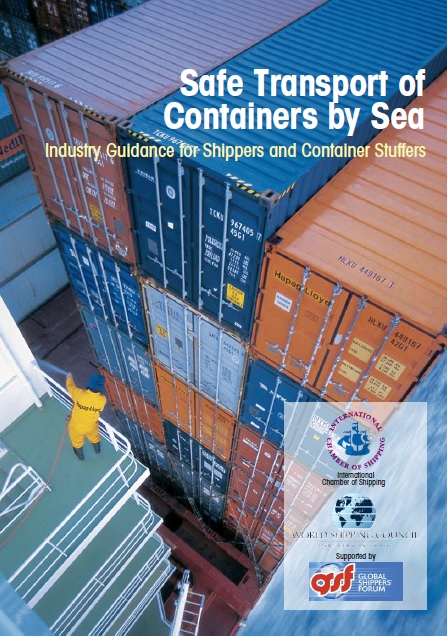