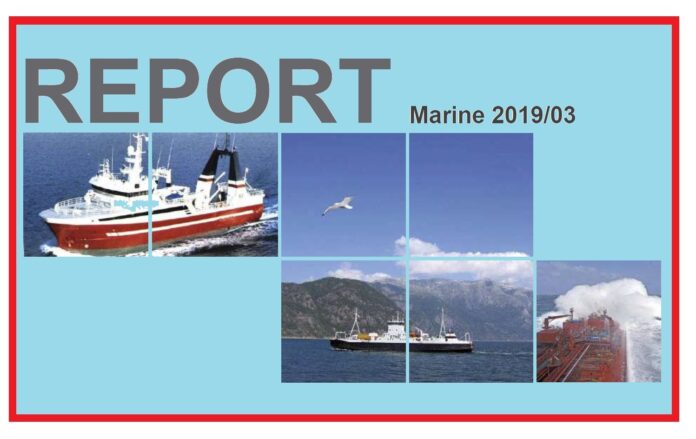 (www.MaritimeCyprus.com) The Accident Investigation Board Norway (AIBN) issued the report of its investigation of the 15 July 2018 allision of the passenger vessel Aurora Explorer with the quay while docking at Barentsburg, Svalbard. Many of the 125 persons on board were standing on the open deck during arrival. Many of them fell during the incident. Almost one third of the passengers and one crew member suffered varying degrees of injury.

The investigation has revealed that the vessel was operated in back-up mode in order to achieve cruising speed under way.  This allowed the possibility of operational error/oversight to arise, whereby a master could forget to re-set the system to combinator mode before docking.

On arrival at Barentsburg the vessel was possibly still being operated with the port drive line in back-up mode, so that the propeller on the port side could still have been carrying forward pitch. The vessel’s speed towards the quay increased when the master, following normal practice, pulled the port maneuver handle to astern, in order to swing the stern in. When the maneuver handle was pulled to astern, the rpm on the port engine increased, if the system on this side remained in back-up.

Based on these findings, the AIBN is therefore submitting a safety recommendation to the shipping company.

Safety recommendation
Aurora Explorer collided with the quay at Barentsburg on 15 July 2018, and a third of the total of 125 persons on board suffered personal injuries of varying degrees of severity. The vessel was operated in back-up mode in order to achieve cruising speed under way. This allowed the possibility of operational error/oversight to arise, whereby a master could forget to re-set the system to combinator mode before docking. The shipping company has no documentation recording the reasons for this decision, its safe implementation nor an assessment for eventual possible increased risk to passengers due to this. AIBN recommends Arctic Explorer AS to carry out and document risk assessments for all operational changes in order to ensure the safety of its passengers and crew. 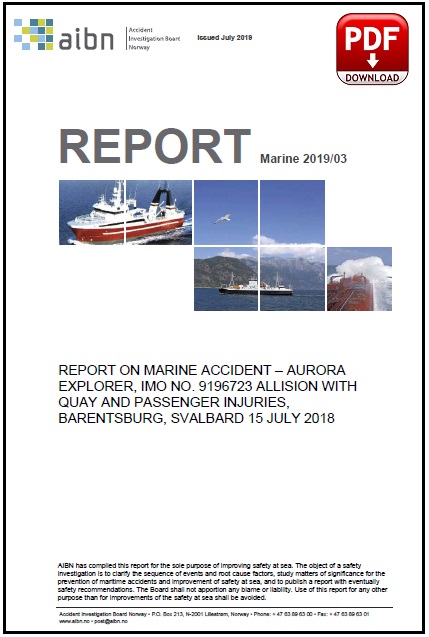