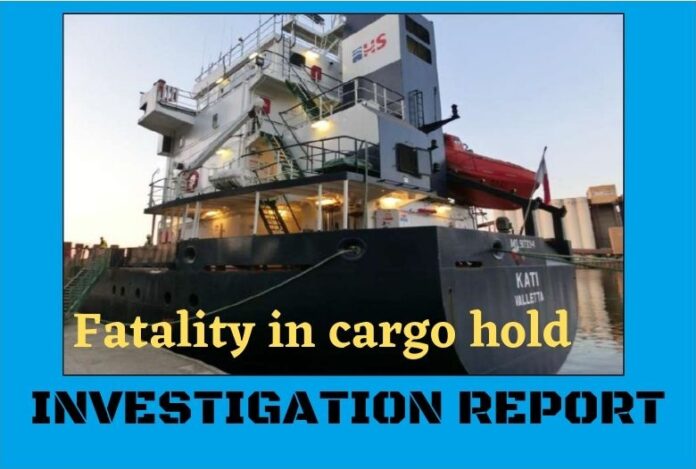 (www.MaritimeCyprus.com) On 16 July, the Malta registered dry cargo ship Kati arrived in Wismar, Germany to discharge a cargo of fuel logs, stowed on deck and in the ship’s two cargo holds.

During a customs’ routine inspection, the able bodied seafarer (AB), who was stationed by the gangway, did not respond when he was called by the master to unlock his cabin for inspection. An initial search on board yielded no results.

Subsequently, the missing AB was found on the cargo hold’s tank top. He was later pronounced dead. The safety investigation found that at the time of the accident, the percentage of oxygen in the air inside the cargo hold was about 2.1%.
Taking into consideration the Company’s safety actions taken in the wake of the accident, the MSIU has issued no recommendations to the Company. 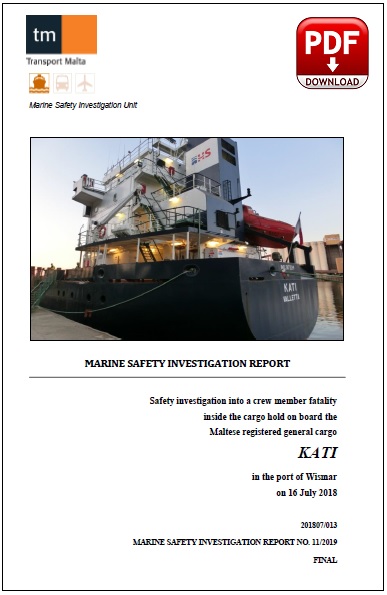