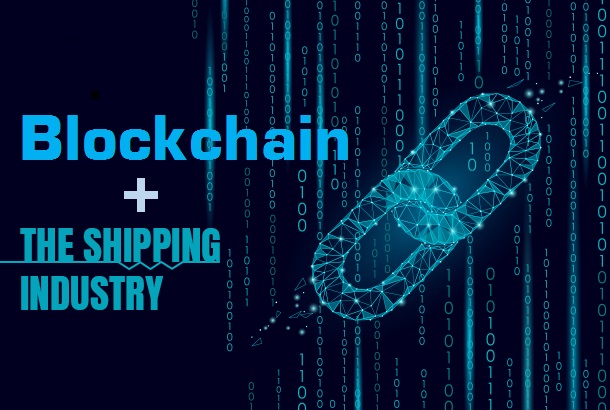 (www.MaritimeCyprus.com) Every second, value is exchanged up and down the supply chain, be this goods, services, money or data. Each exchange is a transaction, which must be fast, precise and easily agreed upon by those participating.

Blockchain technology, also known as “distributed ledger technology”, is a decentralised digital record of such transactions. However, unlike traditional trading systems where each participant has a separate ledger, each participant in a blockchain network holds a record of transactions. This is updated and validated in real time and creates a shared immutable system of record among the network members, eliminating the need to reconcile disparate ledgers.

This results in visible activities, revealing where assets are, who owns them and their condition at any point in time. Thus, in our current climate where consumers demand transparency in product sourcing and retailers they can trust, blockchain can build a competitive advantage. For instance, Walmart uses blockchain technology to record where each piece of meat is sourced, processed and stored, as well as detailing its sell-by date.

Historically, transportation has been widely perceived to be a traditional industry; however, inspired by bitcoin and the transformation of the financial market, many believe the industry is ideally placed to be at the forefront of a digital revolution, with blockchain technology an integral part of this.

So how do blockchains work?

Each transaction is stored with others in a unit of data known as a “block.” Once the transaction takes place and is confirmed by the parties, it is encoded into the block and uniquely signed or identified.

The block is then cryptographically connected to the one before and after it, which IBM explains as “creating an irreversible, immutable chain” that extends to the beginning of the ledger. This chain prevents any block from being altered, or inserted between two existing blocks.

Consensus is required from all member computers, “nodes,” for the next block to be added. Blockchain is permission-based: each member must have access privileges that ensure information is shared solely on a need-to-know basis.

All validated transactions are then permanently recorded and distributed across a number of nodes, so even a system administrator cannot delete a transaction.

Smart contracts which automatically implement terms and conditions without human intervention are integral to blockchain technology. Their conditions are mutually agreed upon by network members in advance, thereby eliminating unnecessary paperwork and streamlining the whole process.

Charterparty and bill of lading terms and conditions could therefore be an important demonstration of the advantages of this technology. The contract will be published by the owner or charterer and the other party will negotiate the price and freight directly via the blockchain network. Through the use of smart contract technology over the blockchain network, agreements can be autoexecuted and parties will be able to validate the outcome instantly without the need for further exchanges.

The use of blockchains could eliminate up to 80 percent of the paper documents currently used during the shipment of goods. The plethora of paper processes integral to global trade has been one of the reasons the shipping industry has lagged behind when it comes to digitisation. Blockchain would allow for an environmentally conscientious solution that minimizes courier costs and reduces paperwork delays, fraud and errors.

There is confusion as to who, or what, is fundamentally responsible for the conduct and management of the blockchain. As it does not have an established legal status, it is uncertain who would be claimed against should a dispute arise.

Information stored on the blockchain is available to other participants who have access and, once stored, cannot be altered. This may cause confidentiality and data privacy issues in light of regulations such as the EU General Data Protection Regulation, particularly in relation to public blockchains where there is little control over who hosts a node, due to the immutable and transparent nature of the technology.

Similar issues could also arise should customers require bespoke modifications that could introduce vulnerabilities and open the technology up to corruption and hacking, exposing personal information. 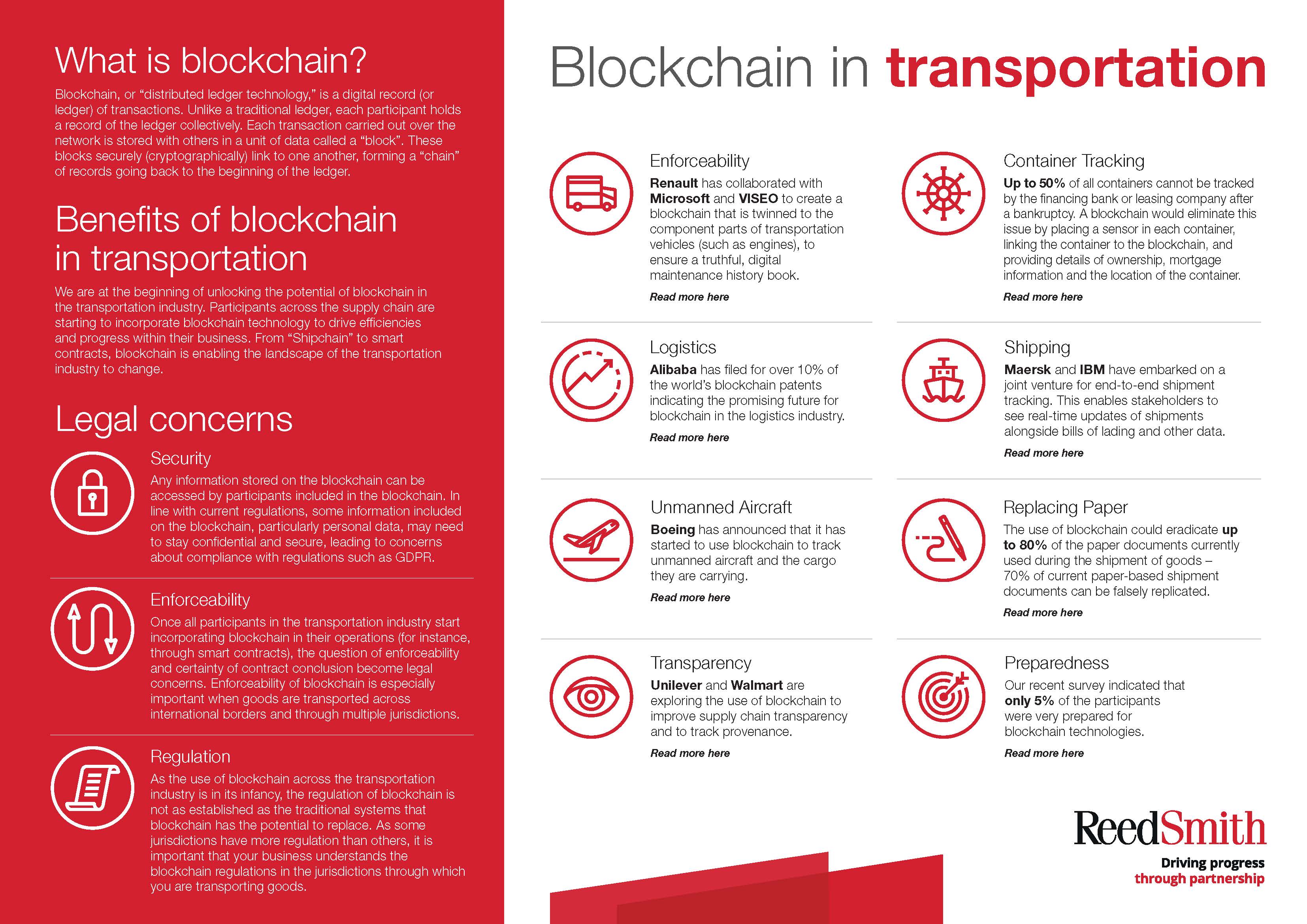 
Until all parties in the transportation and shipping industry are brought into the common blockchain platform, enforceability will be an issue, particularly when goods are transported internationally through multiple jurisdictions.

As there are no established regulations, complex jurisdictional issues may arise should nodes be located, and goods transported, internationally. If a disputed contract contains no governing law and jurisdiction clause, an understanding of jurisdiction-specific principles, which may vary considerably, is essential as every transaction could theoretically fall under the respective jurisdiction of each node in the network.

The automatic nature of smart contracts raises concerns, and participants should therefore include a dispute resolution provision to prevent confusion.

Also, it is commonplace in shipping for parties to face situations that can only be resolved through commercial practice, a difficult practicality when transactions within a sealed system do not allow human interference. This is made all the more difficult as contractual terms tend to be subject to negotiation, thus, blockchains must be configured from the outset to include special terms and conditions.

Further, most blockchain solutions are in a developmental phase with relatively untrusted policies. While vendors will likely push to exclude warranties concerning performance, customers will need a level of contractual protection to balance the risk. Both owners and charterers should therefore consider the allocation of risk and liability carefully.

It is clear that blockchain technology has the capacity to drive efficiency and progress within business, and the change in the industry has already been felt through the emergence of ShipChain and smart contracts.

Companies in the shipping industry should not treat blockchain as a passing fad as the technology is likely to become part of the transportation sector’s standard way of working.

First steps have been taken in the trading and shipping services, with both Mercuria and Maersk reported to be approaching financial institutions to build blockchain systems. However, it is yet to be seen how quickly the technology will be universally adopted as the undertaking is as big as the change it will usher in.