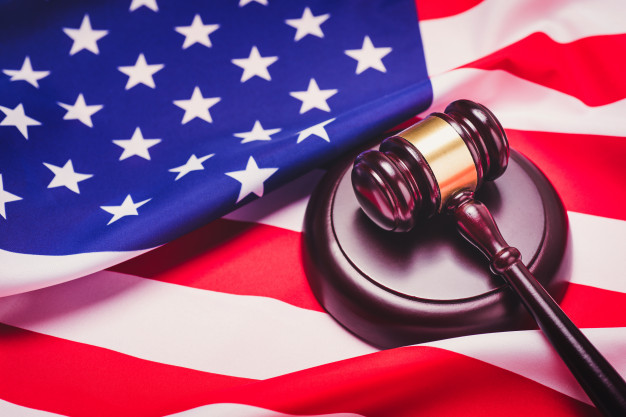 (www.MaritimeCyprus.com) The US Department of Justice (DOJ) issued a news release stating that a tanker owner and operator, as well as the master, chief mate, and chief engineer, have been convicted of violation of the air emission regulations for the US Caribbean Emission Control Area (ECA), recordkeeping requirements, and obstruction of justice.

During 26 separate transits of the ECA between 3 January 2017 and 10 July 2018, the tanker burned cargo oil rather than its compliant low sulfur fuel oil. The oil record book falsely indicated that compliant fuel had been utilized. The lower-ranking crew were directed to lie to the US Coast Guard once inquiries started.

U.S. Attorney Gretchen Shappert for the District of the Virgin Islands announced that IONIAN SHIPPING & TRADING CORP., LILY SHIPPING LTD., STAMATIOS ALEKIDIS, ATHANASIOS PITTAS and REY ESPULGAR have been convicted and sentenced for various pollution, recordkeeping, and obstruction of justice crimes on the Motor Tanker (“M/T”) Ocean Princess in St. Croix, U.S.V.I. The defendants’ conduct included using fuel that exceeded the maximum allowable sulfur concentration in the U.S. Caribbean Emission Control Area (“U.S. Caribbean ECA”) and efforts to deceive U.S. Coast Guard inspectors about the source of the fuel being used aboard the M/T Ocean Princess.

The M/T Ocean Princess was owned by LILY SHIPPING LTD. and operated by IONIAN SHIPPING & TRADING CORP., both Greece-domiciled companies. The vessel was engaged in transporting petroleum products throughout the Caribbean including from Limetree Terminals, St. Croix, U.S.V.I. The commercial manager of the vessel would authorize the Master of the vessel, STAMATIOS ALEKIDIS, to transfer petroleum cargo from the cargo tanks into the vessel’s fuel tanks, known as bunker tanks. As the owner and operator of the vessel, LILY SHIPPING LTD. and IONIAN SHIPPING & TRADING CORP. were further responsible for ensuring the vessel used fuel that complied with the U.S. Caribbean ECA standards.

While vessels are operating within the U.S. Caribbean ECA, they must not use fuel that exceeds 0.10% sulfur by weight in order to help protect air quality. Between January 3, 2017, and July 10, 2018, the M/T Ocean Princess entered into, and operated within, the U.S. Caribbean ECA using fuel that contained excessive sulfur on twenty-six separate occasions. The fuel was petroleum cargo that had been transferred to the fuel tanks as authorized by the vessel’s commercial manager.

Once notification was received from Master STAMATIOS ALEKIDIS, Chief Officer REY ESPULGAR coordinated with Chief Engineer ATHANASIOS PITTAS  to make the transfers from the cargo tanks to the bunker tanks. REY ESPULGAR then falsified the Oil Record Book, Part II, by failing to record that cargo had been transferred to the bunker tanks. ATHANASIOS PITTAS also falsified the Oil Record Book, Part I, by falsely recording that the fuel in the bunker tank originated from a shore-side company in St. Martin, F.W.I. Additionally, ATHANASIOS PITTAS created fictitious Bunker Delivery Notes that claimed the fuel in the bunkers came from the same shore-side company in St. Martin, F.W.I. Between March 2, 2016, and February 6, 2018, nineteen separate fictitious Bunker Delivery Notes were created on and kept aboard the vessel.

“Protection of our unique environment and air quality are important priorities of federal law enforcement and prosecutors in the U.S. Virgin Islands,” said U.S. Attorney Shappert. “These convictions underscore our commitment to holding violators accountable while defending precious natural resources. I am deeply grateful for the way that the federal partners worked together during this investigation to ensure that Justice is served.”

“The results announced today send a strong message to anyone who seeks to take shortcuts and intentionally pollute our environment, and I couldn’t be prouder of the Coast Guard’s Resident Inspection Office in St. Croix and Sector San Juan marine inspectors who first identified the issue as well as our Coast Guard Investigative Service agents who worked closely with the Environmental Protection Agency in San Juan to investigate this case,” said Rear Adm. Peter Brown, Commander Coast Guard District Seven. “We will continue to work with our Department of Justice and environmental protection partners to hold accountable any who put profit above the protection of our waters, beaches, and the air above them for future generations.”

IONIAN SHIPPING & TRADING CORP. and LILY SHIPPING LTD. will each pay a fine of $1,500,000.00, be placed on four years of probation, and implement an Environmental Compliance    Plan.    STAMATIOS    ALEKIDIS,    ATHANASIOS    PITTAS,    and    REY ESPULGAR were sentenced to three years of probation and ordered not to return to the United States on a ship during that time. REY ESPULGAR was also fined $3,000.00.