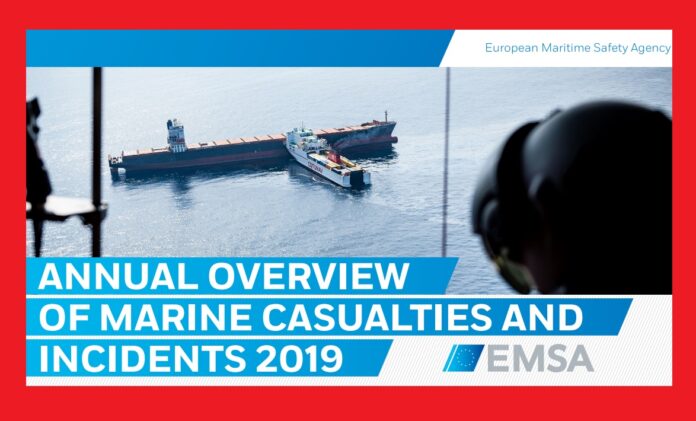 (www.MaritimeCyprus.com) With 3174 occurrences reported in 2018, the total number of occurrences recorded in the EMCIP database has grown to over 23000 representing an average of 3239 marine casualties or incidents per year over the past five years. The number of very serious casualties had continuously decreased since 2014; however, in 2018 there was a further downturn with 95 occurrences. A similar diminution in the number of ships lost was noted, with 12 reports more as compared with 2017. 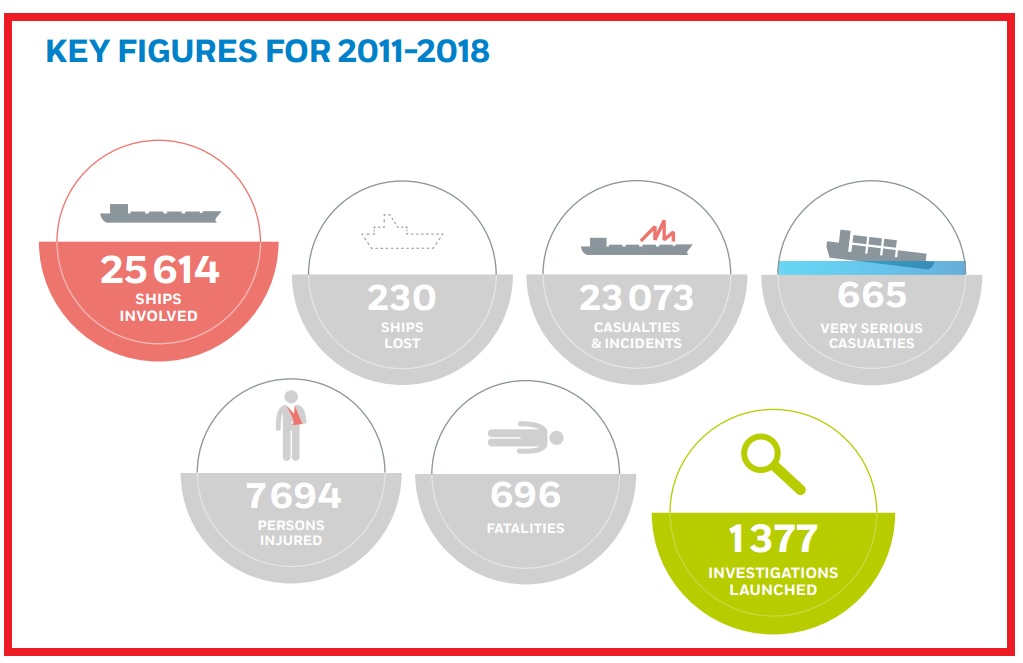 Since 2015, the trend of occurrences involving all types of ships, except ‘other ships’, stabilised or slightly decreased. In 2018, 1508 cargo ships were involved in marine casualties or incidents accidents that resulted in 36 fatalities and 3 ships lost.

With a total of almost 125, fishing vessels remain the category of ship with the highest number of ships lost over the 2011-2018 period. In 2018, the number of occurrences involving fishing vessels increased 40%; however, this did not correspond to an increase either on lives lost (11), or ships lost (12). Almost half of the casualties that occurred on board a passenger ship involved a ro/ro passenger ship. There were 3 ships lost in 2018; the number of fatalities has nevertheless seen a decreasing trend, although 2 more lives were lost in 2018 than in 2017. 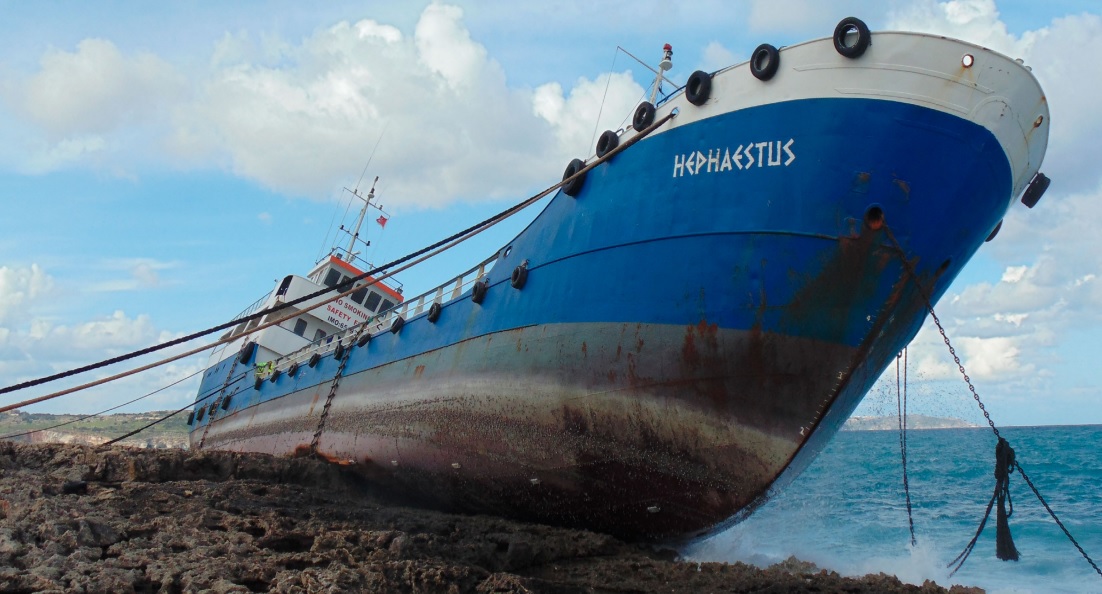 In 2018, 3 service ships were lost. While the number of fatalities is decreasing since 2015, the injuries followed the same trend since 2013. In 2018, 167 ‘other ships’ have been involved in a marine accident, mainly inland waterway passenger vessels, recreational motorboats and sailing boats. 4 ships were lost and only one fatality was reported.

More than half of the casualties with a ship (54.2%) were related to issues of a navigational nature, such as contacts, grounding/stranding and collisions. As concerns occurrences to person(s), 39.2% were attributed to slipping, stumbling and falling of persons.

The departure phase appeared to be the safest phase of a voyage and mid-water the most unsafe. It was noted that 78% of the casualties occurred in internal waters and territorial sea. Human action represented 65.8% of accident events. 65% of the contributing factors were related to shipboard operations and 24.9% to shore management.

EU Member State investigation bodies have launched 1377 investigations over the 2011-2018 period and 1212 reports have the status finished. Almost 2000 safety recommendations were issued, 48% related to ship related procedures, in particular to safe working practices. 52% of the safety recommendations were addressed to the shipping companies or owners and 54.8% of them were agreed by the addresses.