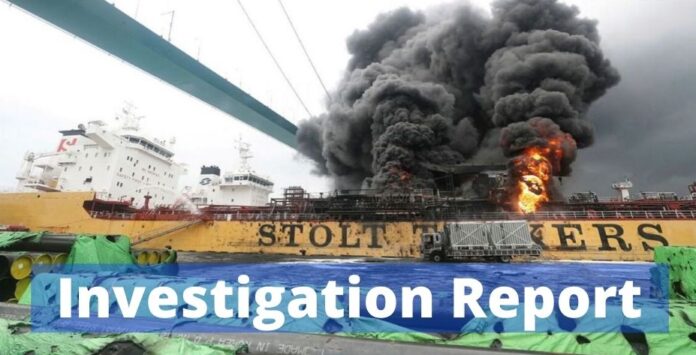 (www.MaritimeCyprus.com) On 17 August 2019, Stolt Groenland, a Cayman Islands registered chemical/ products tanker operated by Stolt Tankers B.V. sailed from Houston, USA for passage to Kobe, Japan via the Panama Canal. The tanker was carrying 20 different chemical cargoes in 37 of its 39 cargo tanks. After discharging four cargo tanks of Kobe on 23 September and six cargo tanks at the Odfjell Terminal in Ulsan, Republic of Korea, between 26 and 27 September, Stolt Groenland moored alongside the Yeompo Quay in Ulsan. 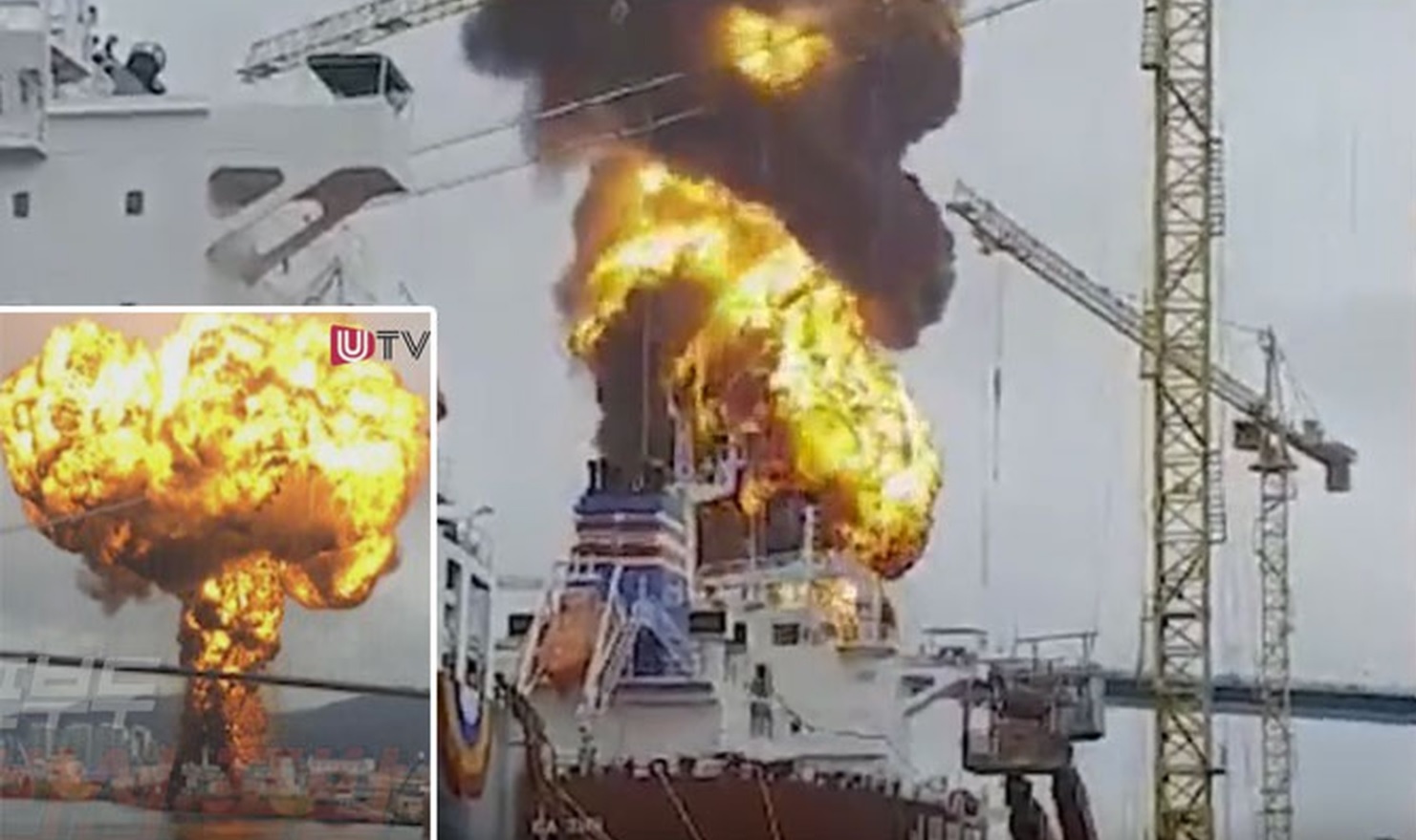 By now, Stolt Groenland’s on-watch deck officer and chief officer had made their way to the cargo control room and they saw from the cargo monitoring system that the pressure inside 9S cargo tank was rapidly
rising. Suddenly, at 1050, two explosions were seen and heard in rapid succession in way of the tanker’s cargo manifold. The resulting fireball passed very close to a road bridge above the quay. 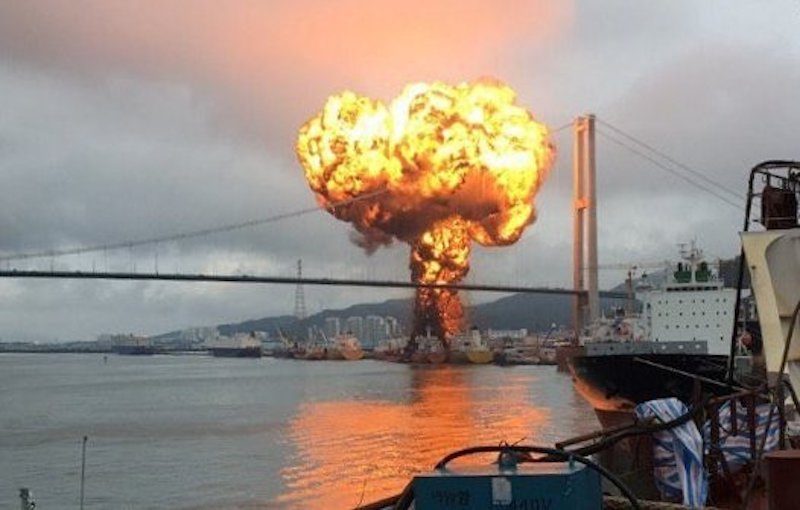 DAMAGE AND INJURIES
The fire was fought from the shore and from the water and lasted until early the following morning. The damage in way of Stolt Groenland’s cargo manifold and accommodation block was extensive. The following persons were injured: Stolt Groenland’s gangway watchkeeper, who was blown over the guardrails by the force of the explosion; a deck rating on board Bow Dalian; and, a number of shore workers, including firefighters and police during the emergency response.

Watch below a relevant video: