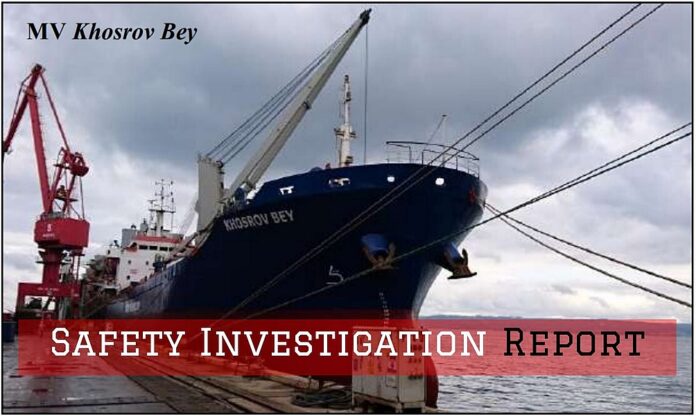 (www.MaritimeCyprus.com) Transport Malta issued the report of its investigation of the fatal engine room fall of the second engineer on 3 November 2018 onboard the general cargo ship Khosrov Bey in the Black Sea. The fall occurred while the engineer was descending the ladder. Analysis revealed high blood alcohol.

The autopsy report revealed no narcotic or psychotropic drugs, but confirmed a presence of ethanol in blood (0.253 %) and in the eye fluid (0.267 %).