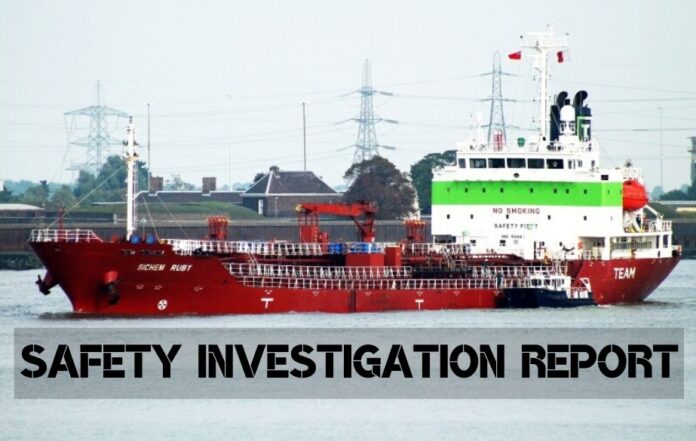 (www.MaritimeCyprus.com) Transport Malta issued the report of its investigation of the 20 January 2019 casualty onboard the chemical tanker Sichem Ruby in transit to Castellon, Spain, with a cargo of sulfuric acid that was loaded, in Aviles, Spain.

During the previous cargo operations, the pumpman had noticed that one of the stripping line valves of no. 2 port (2P) was leaking slightly and he decided to attend to it. The pumpman removed the valve and replaced it with an overhauled one.

However, as he was tightening the first bolt on the flange to his right, sulfuric acid sprayed into his face and body. He immediately proceeded to the decontamination showers and called for help. It is the view of this safety investigation that while tightening the bolt, the Teflon blank dislodged and gave way under the pressurized sulfuric acid, which remained trapped in the pipeline.

The pumpman was eventually airlifted to the nearest hospital, where he stayed for several days to receive treatment.