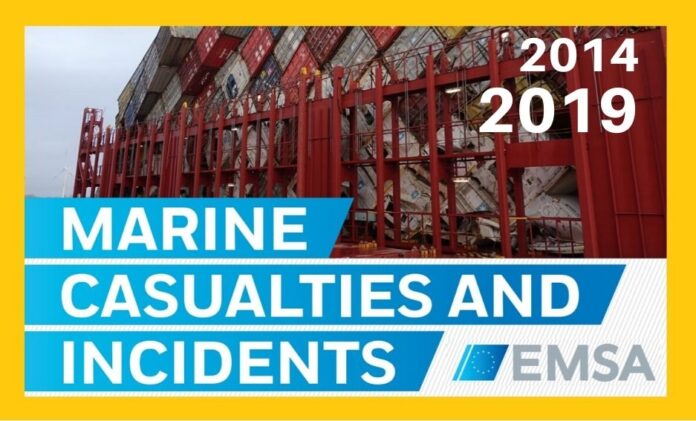 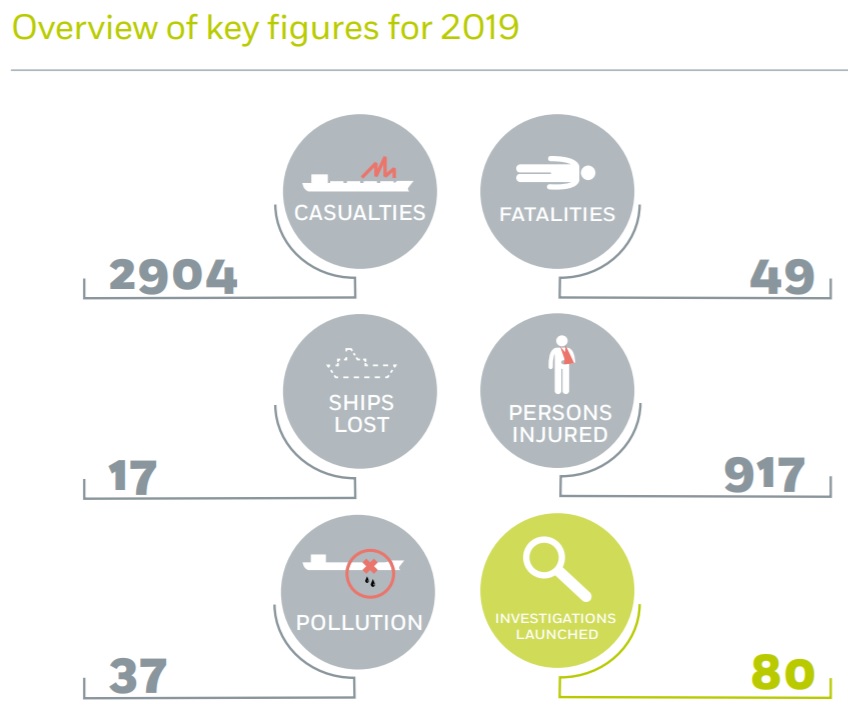 While the number of passenger vessels involved in marine accidents remained stable in 2019, the number of ships in all other categories of accidents fell.Â  This was particularly significant for cargo ships, which experienced a 17% drop compared to 2018.

Over the period 2014-2019, almost half the casualties to ships were navigational in nature, including contact, collision and grounding or stranding.

About one third of all the marine casualties recorded were occupational accidents, i.e. affecting only persons. Of these, the main cause was stumbling and falling, which accounted for 35% of all cases.

57% of the ships lost over the period were fishing vessels. On a more positive note, pollution resulting from marine casualties has also dropped significantly since 2015. It fell by almost half from 2018 to 2019. 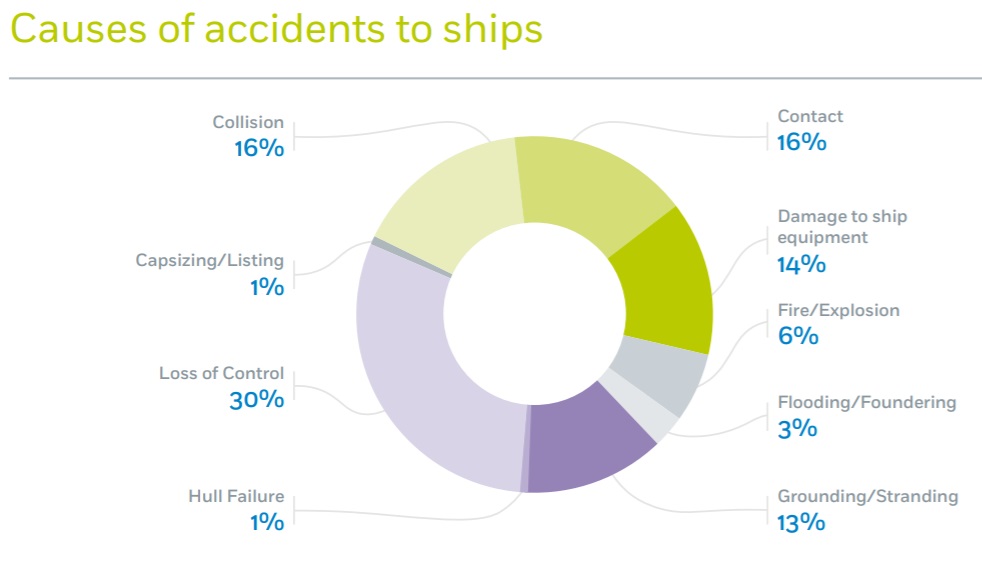 Accident investigation bodies of the EU have launched approximately 800 investigations in the past six years, of which 627 have been concluded. This has led to 1780 safety recommendations mainly targeting the area of Ship Related Procedures.

Before the end of each year, EMSA prepares the "Annual Overview of Marine Casualties and Incidents" publication, which gives much more detailed information on the statistics gathered from the accident investigation bodies of the EU.