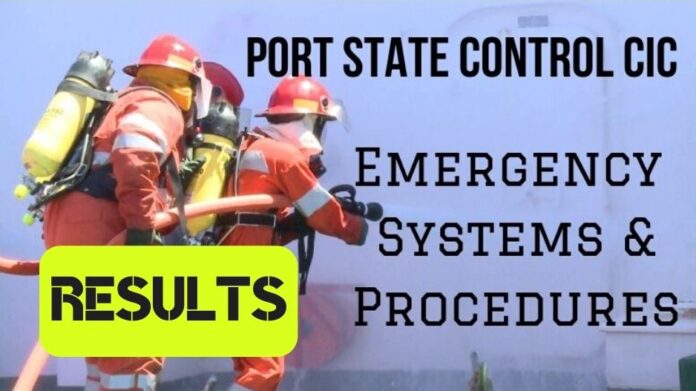 (www.MaritimeCyprus.com) From 1st September 2019 to 30th November 2019, the BS MOU carried out a Concentrated Inspection Campaign (CIC) on Emergency Systems and Procedures throughout the region. This campaign involved all member States of the BS MOU to the Emergency Systems and Procedures, and was conducted in conjunction with the Tokyo MOU, Paris MOU and other MOUs. Paris and Tokyo MOUs guidelines and questionnaire were used.

During the campaign, a total of 781 inspections were carried out with the CIC questionnaire involving 781 individual ships. Of this quantity 55 ships were detained without detentions were being within the CIC scope.

A total of 139 questionnaires had at least a non-compliance to any of the requirements, resulting 17.8 per cent of CIC inspections. The overall average per cent of non-conformities was 6.6 which means that â€œunsatisfactoryâ€ answer was given to a question on 6.6 % of occasions.