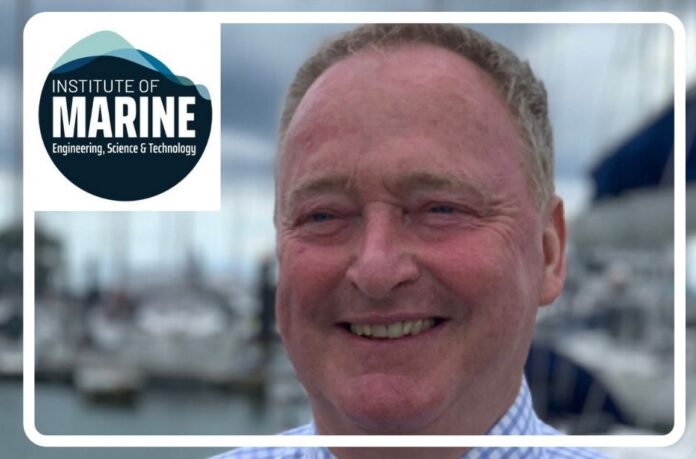 (www.MaritimeCyprus.com) The Insitute of Marine Engineering, Science & Technology  (IMarEST) has appointed a new chief executive - Gwynne Lewis - who will begin the role on 29 June.

Richard Vie, Chair of the IMarEST Board, said “We are delighted to have found a successor to continue David Loosley’s superb work in transforming the Institute. Gwynne has a passion for everything marine and brings a great deal of experience to the role, with knowledge of the shipping and offshore industries, navies, marine science and marine technology. He is well placed to take the Institute forward in becoming a strong and sustainable organisation. I look forward to welcoming Gwynne as he takes up the baton”.

Gwynne has a background in marine consultancy and, prior to joining the IMarEST, was the Global Head of Data and Digital at Lloyd's Register until 2018. He has since been the Maritime Product Line Director at Orolia.

Gwynne said, “I’m delighted to have been appointed to this prestigious role and to succeed David as the Institute’s chief executive.   I’m passionate about our industry, the people who work within it and the sustainability of the maritime economy and ecosystem.  There are many challenges we face as individuals, an industry and a society but there has likely never been a more important time for marine engineers, scientists and technologists to make a real a difference in the world.  The Institute will have a very important role to play in adapting, as it always has done, to meet the demands of it's present and future members."

David Loosley, the IMarEST’s current chief executive, previously announced that he will be stepping down in June of 2020, after leading the organisation for over eight years, to take up the role of Secretary General and CEO of BIMCO.