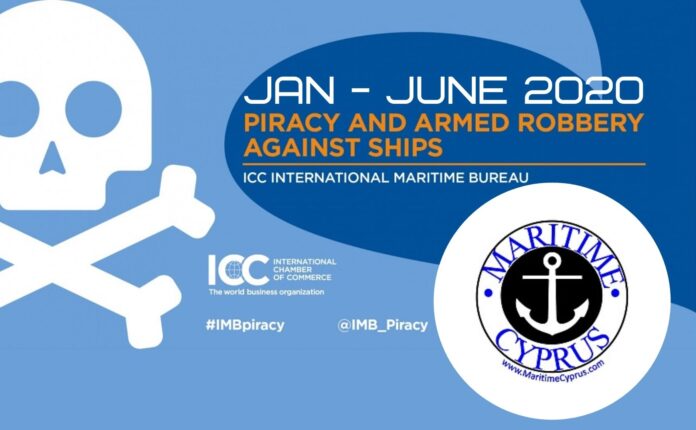 (www.MaritimeCyprus.com) Violent attacks against ships and their crews have risen in 2020, with 77 seafarers taken hostage or kidnapped for ransom since January, reveals the ICC International Maritime Bureauâ€™s (IMB) latest piracy report. The Gulf of Guinea off West Africa is increasingly dangerous for commercial shipping, accounting for just over 90% of maritime kidnappings worldwide. Meanwhile ship hijackings are at their lowest since 1993. 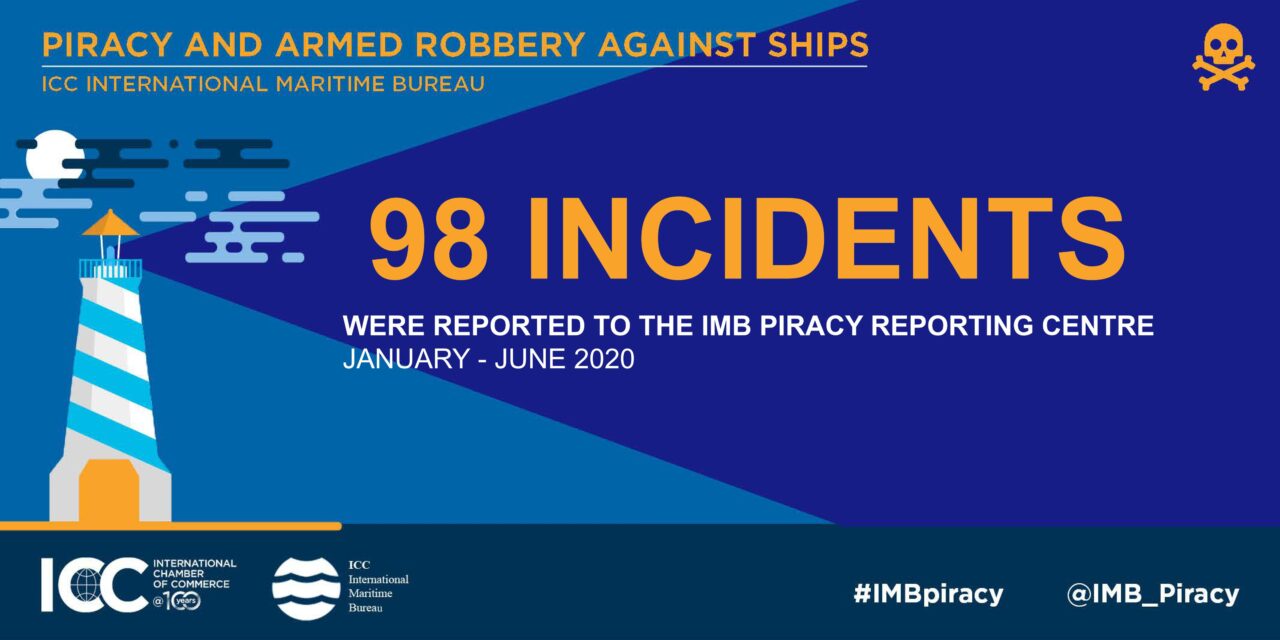 The increasing threat of piracy adds to hardships already faced by hundreds of thousands of seafarers working beyond their contractual periods due to COVID-19 restrictions on crew rotations and international travel.

â€œViolence against crews is a growing risk in a workforce already under immense pressure,â€ says IMB Director Michael Howlett. â€œIn the Gulf of Guinea attackers armed with knives and guns now target crews on every type of vessel. Everyoneâ€™s vulnerable.â€ 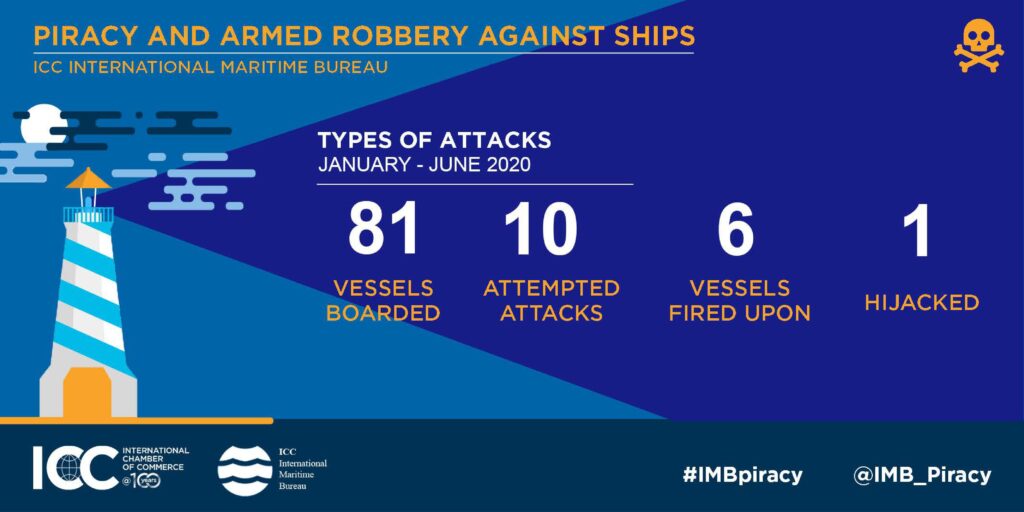 So far this year, 49 crew have been kidnapped for ransom in the Gulf of Guinea and held captive on land for up to six weeks. Rates are accelerating, with 32 crew kidnapped in the past three months alone. And they are happening further out to sea: two-thirds of the vessels were attacked on the high seas from around 20 to 130 nautical miles off the Gulf of Guinea coastline.

IMB PRC urges vessels to report any attacks promptly. It can then liaise with coastal agencies, international navies and vessel operators, encouraging a quick response to deter piracy and armed robbery and improve the security of seafarers. The Piracy Reporting Centre also broadcasts to shipping via GMDSS Safety Net Services and email alerts to Company Security Officers.

â€œWe need to change the risk-to-reward ratio for pirates operating within the Gulf of Guinea. Without an appropriate and proportionate deterrent, pirates and robbers will get more ruthless and more ambitious, increasing the risk to seafarers,â€ says Howlett. 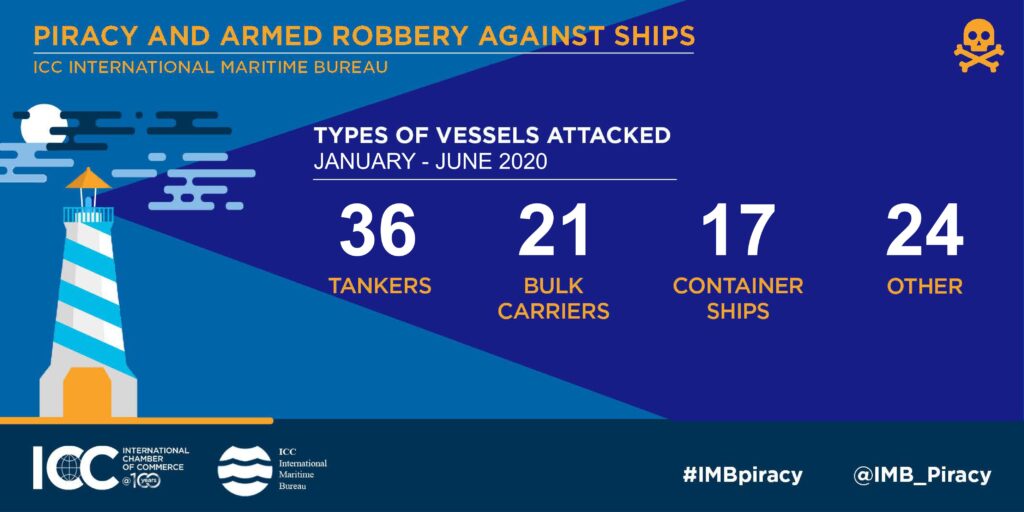 In one recent case commended by IMB, the Nigerian Navy responded promptly to a distressÂ call from a fishing vessel boarded and hijacked by armed assailants in Ivory Coast waters. As a result the crew were saved and the ship was prevented from being used as a possible mother vessel to carry out further attacks.

In another incident, a product tanker was attacked while underway around 127 nm off Bayelsa, Nigeria. Eight armed pirates kidnapped ten crew as well as stealing cash, personal valuables, and shipâ€™s property. IMB PRC contacted regional and international authorities, and a Nigerian Navy Security Vessel was dispatched. A nearby sister vessel helped the four remaining crewmembers to sail the tanker to a safe port. The kidnapped crew were released three weeks later. 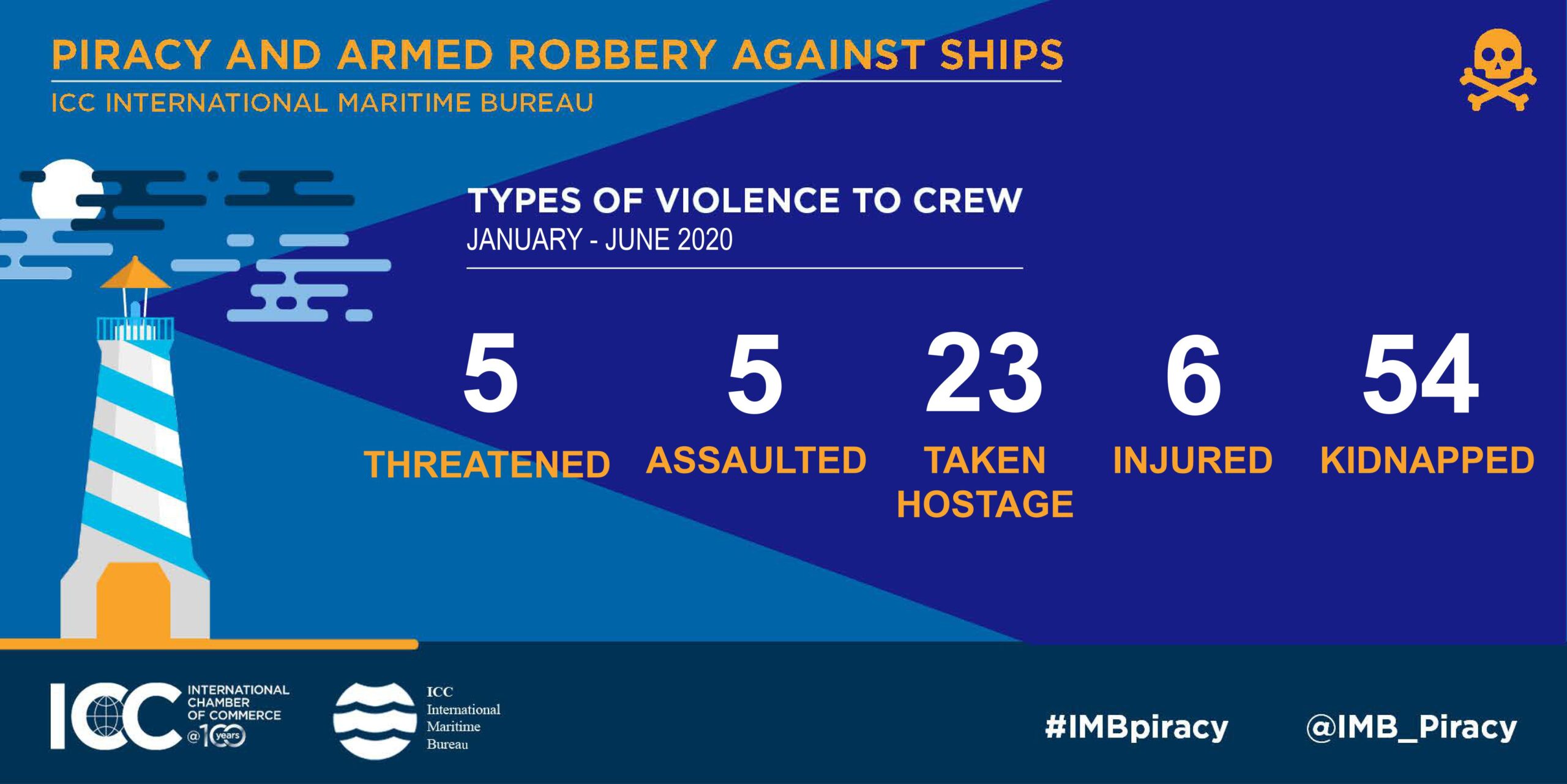 The Singapore Straits saw 11 incidents in the first half of 2020, raising the risk of collisions in this busy shipping channel, especially at night. Although most are opportunistic, low-level attacks that are aborted once the alarm is sounded, two reports in May 2020 indicated crew were threatened with knives, taken hostage and injured.

There were ten attacks in Indonesian anchorages and waterways in Q2 2020, up from five in Q1 2020. 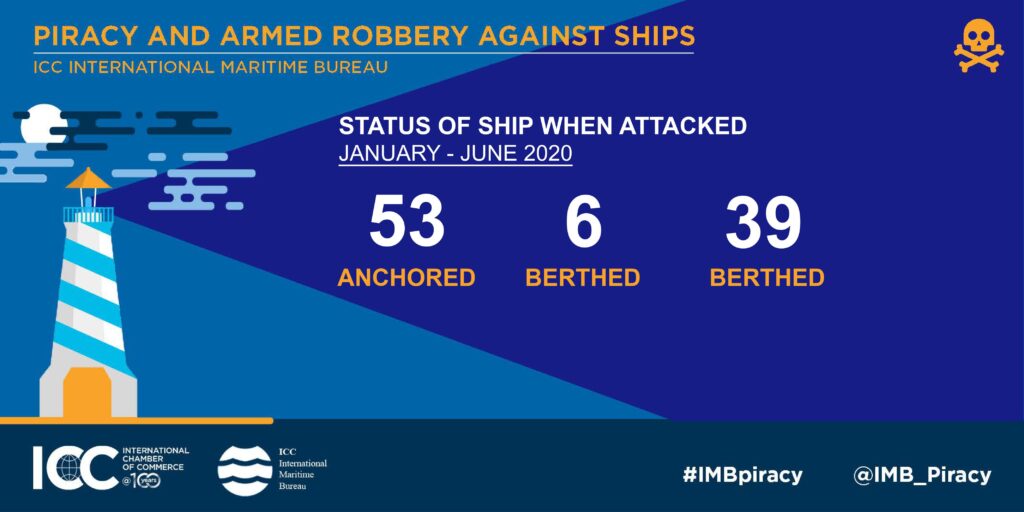 IMB is recording more incidents in new areas of Latin America, but says many further attacks go unreported, making the problem more difficult to tackle.
The four attacks that were reported in Mexico all targeted offshore vessels, and all happened within a span of 11 days in April. One anchored accommodation barge was boarded by six people wearing face masks and armed with automatic weapons and pistols. They attempted to enter, and opened fire, injuring a crewmember and damaging three windows. The Master raised the alarm, sent a distress message, informed the CSO, and the crew mustered in the citadel. The incident was reported to the Marine Control via VHF Ch16 and a naval boat was dispatched, but the attackers escaped with the bargeâ€™s high value project equipment. 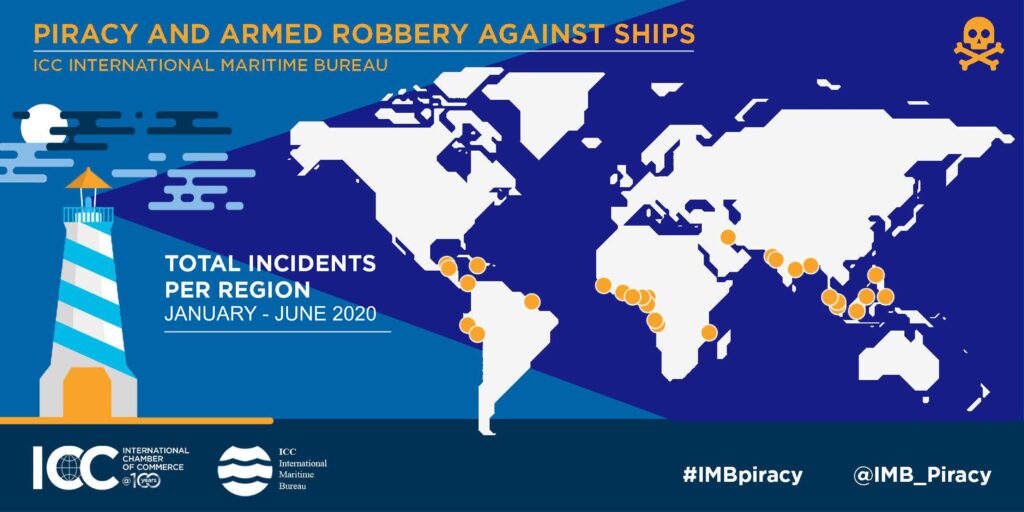 Incidents continue to be reported off Callao anchorage, Peru. Meanwhile, vessels off neighboring Ecuador have recorded incidents each year since 2017, with at least three container ships attacked while underway in Q2 2020. In one case, two crew were taken hostage for the duration of the robbery and in another, the perpetrators fired on the ship when they were unable to gain access.

No incidents were reported off Somalia. Vessels are urged to continue implementing BMP5 recommended practices while transiting these waters. The Somali pirates still maintain the capability for carrying out attacks.