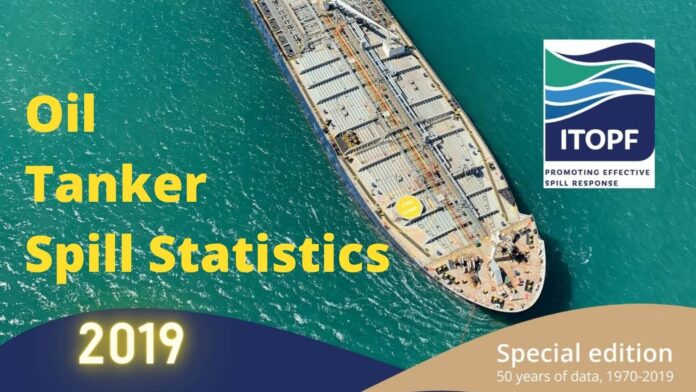 (www.MaritimeCyprus.com) This special edition of ITOPFâ€™s annual Oil Tanker Spill Statistics publication presents 50 years of data on accidental spills of oil from tankers. The report also deals with new tanker spills that occurred in 2019 and trends for the decade.

Over 80% of oil spills recorded in the last five decades fall into the smallest spill size category (<7 tonnes). Unfortunately, reliable reporting of this category of spills is difficult to achieve as data is often incomplete.

The following analysis therefore relates to large (>700 tonnes) and medium (7â€“700 tonnes) spills with a focus on identifying trends and revealing patterns in the data to present the most accurate result. The number of large spills has continued to decrease over the last 50 years.

52% of all large spills recorded over the five decades occurred in the 1970s and only 4% was recorded this decade. It is, however, interesting to note that the progressive reduction in the number of large spills is significant when data is analyzed per decade rather than annually. Data recorded from 1970 to 2019 illustrate fluctuations in the yearly values within a decade.

A continuation of long-term decline can also be seen with medium-sized spills (7â€“700 tonnes). The average number of spills per year this decade is 4.4, which is below a tenth of the average recorded in the 1970s.

The causes and circumstances of oil spills are varied, and their analyses provide valuable insights for managing risk. This information is, however, difficult to attain as data is sometimes inconsistent or not available, particularly for small spills. For this analysis, the primary causes of oil spills over 7 tonnes have been grouped into Allisions/Collisions, Groundings, Hull Failures, Equipment Failures, Fires and Explosions, Others and Unknown.

Events such as heavy weather damage and human error have been categorised as â€˜Otherâ€™ and spills where the relevant information is not available have been designated as Unknown and are reported but excluded from the analysis. Figure, below, provides an overview of the causes by size of spill.

Three spills, of size 7 tonnes or more, is the lowest recorded for any particular year in the last five decades.

The total volume of oil lost to the environment recorded in 2019 was approximately 1,000 tonnes; the same quantity recorded in 2012 and the lowest annual figure recorded in the last five decades.

The widely reported oil spill that has contaminated approximately 3,000 km of coastline in eleven states in Brazil is still a mystery and could change this yearâ€™s statistics if confirmed as a tanker spill. 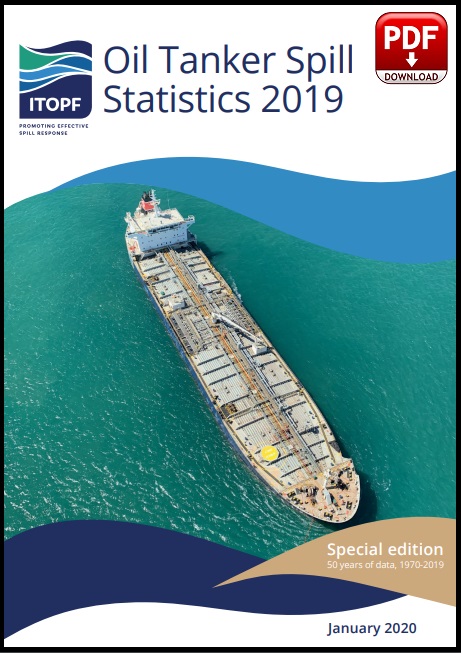