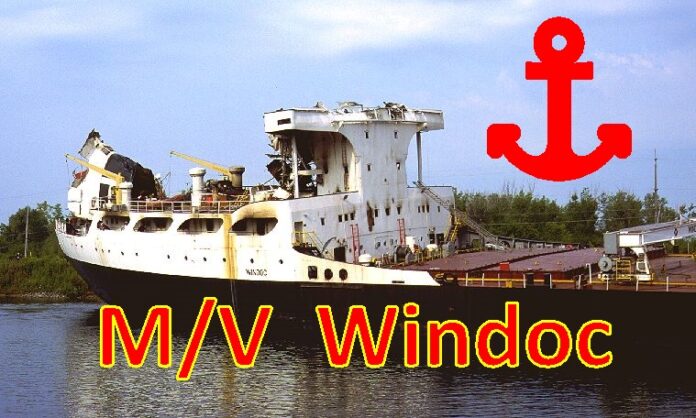 The St. Lawrence Seaway Management Corporation (operator of the bridge) initially denied responsibility, but later paid damages after the Transportation Safety Board (TSB) of Canada issued a report (M01C0054) finding that the performance of the individual operating the bridge at the time was “likely impaired” when he lowered the span prematurely. A short, but interesting, video of the allision and its immediate aftermath is also available.