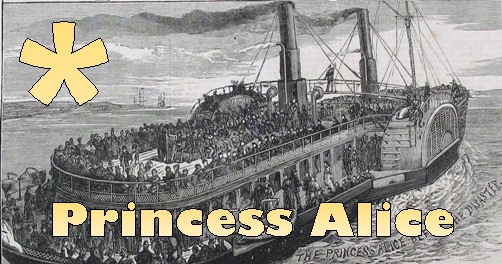 Observing the lights of the Princess Alice near the south shore of the river, the Bywell Castle set course for a starboard-to-starboard passing. Princess Alice altered course sharply to reach the pier, apparently not sighting the rapidly approaching Bywell Castle. The coal carrier rammed the passenger vessel amidships, splitting it in two.

The master of the Princess Alice, who died in the casualty, was found to have violated the collision regulations. The Marine Police Force was made responsible to marine safety on the River Thames.