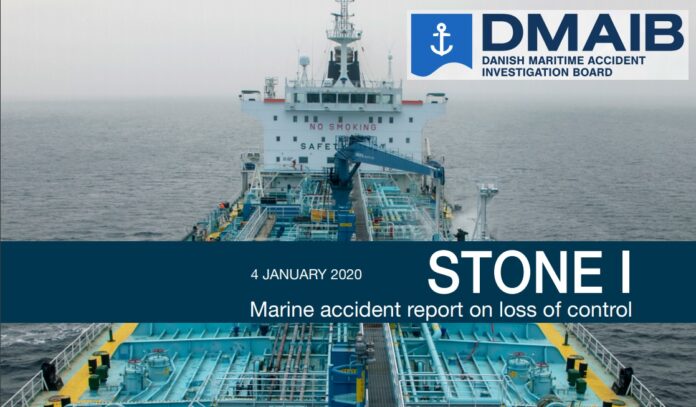 (www.MaritimeCyprus.com) The Danish Marine Accident Investigation Board (DMAIB) issued the report of its investigation of the 4 January 2020 involving the chemical/oil products tanker STONE I.

The tanker was loading vacuum gas oil at Ensted Oil Terminal, Denmark, when the ship started to drift uncontrollably from the jetty during a sudden increase in wind speed.

The shipâ€™s crew and the terminal operators immediately initiated an emergency stop procedure for the loading operation but were not able to stop the ship, breaking away from the berth in time. As the ship drifted from the jetty, the loading arms on the terminal were torn from the shipâ€™s manifold, resulting in a gas oil spill. 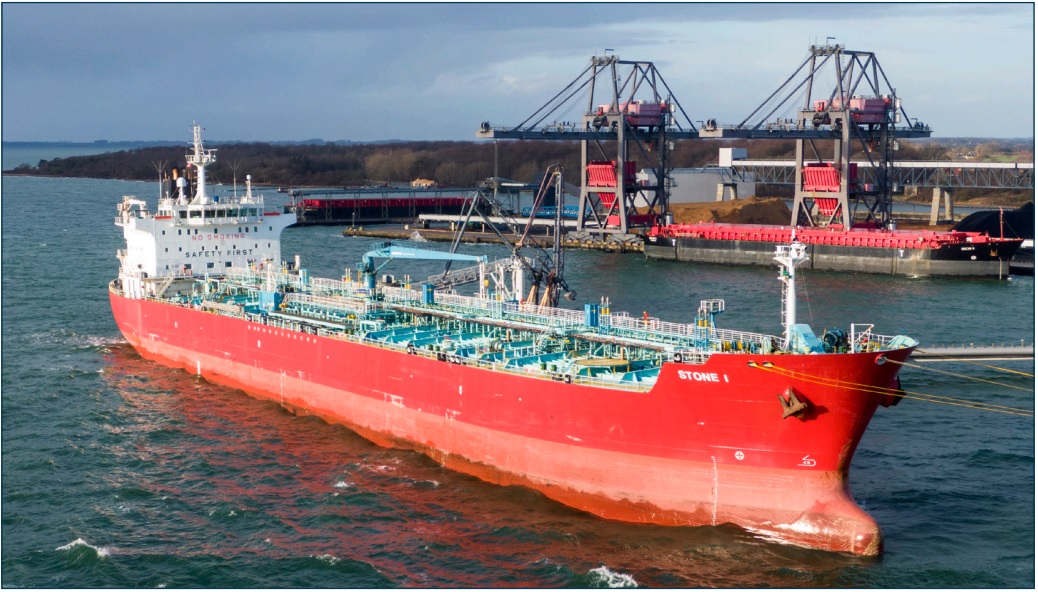 However, the manifold parted from the loading arms before the emergency shutdown was completed. When the terminal operators realized that a serious oil spill was in progress, they called the terminal manager and the local fire brigade.

Shortly after the spill, the authorities deployed the national oil pollution response plan and started containing the oil on the beaches and at sea. It was estimated that 20 m3 gas oil was spilled on to the shipâ€™s deck and 3-5 m3 into the sea.

Conclusion of the investigation:

Emergency preparedness on board and onshore was based on monitoring a progressive increase in wind speed which would render sufficient time for initiating emergency measures in case of sudden changes in the wind. However, on the day of the accident, the
change in weather conditions did not develop progressively, and once it was apparent that the wind speed limit was reached, it was too late to avoid the drifting of the ship and the
subsequent oil spill.

No persons were injured during the accident. In the report it is established that the mooring layout on STONE I and the layout of the terminal berth was not compatible, resulting in a mooring configuration, which reduced the shipâ€™s actual mooring restrain capacity.

STONE Iâ€™s moorings were thus not able to withstand the suddenly deteriorating weather conditions, resulting in a momentary loss of control of the ship. 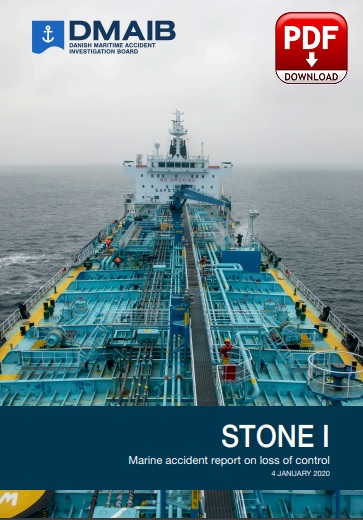