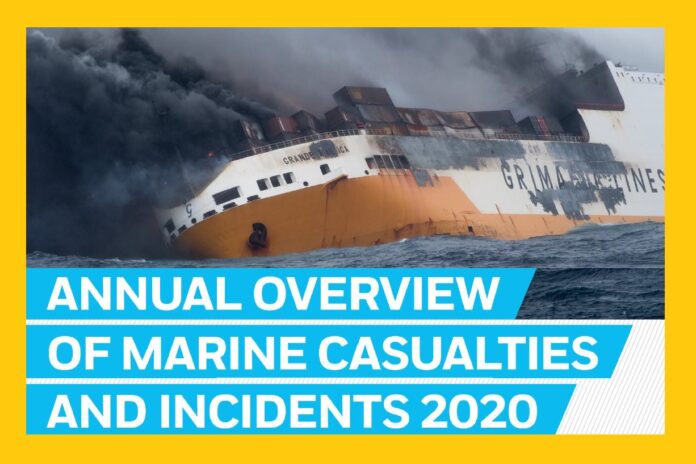 (www.MaritimeCyprus.com) The figures are presented in this publication to provide a general overview of the safety of maritime transport when it comes to European interests. This publication covers the period from 1 January 2014 to 31 December 2019 and contains statistics on marine casualties and incidents which: 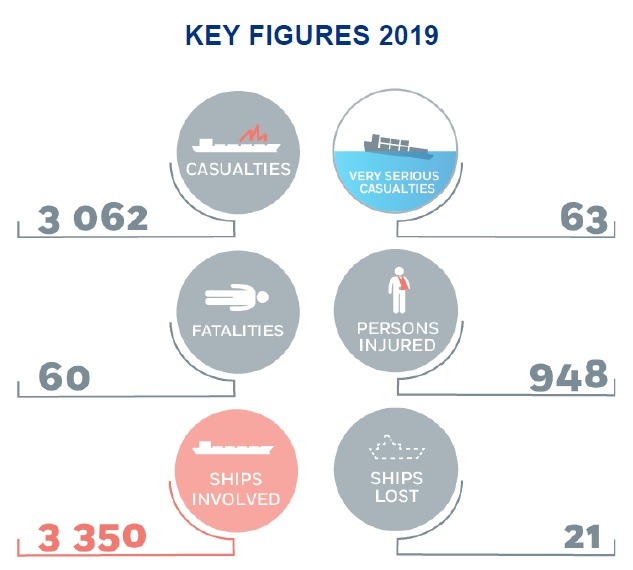 The year 2019 appeared to have been a positive year considering the improvement or stabilisation of some indicators, such as the number of ships lost, fatalities and injuries.
A number of 3062 occurrences were reported in 2019. A reduction of 200 casualties in comparison with the year 2018 was recorded. The total number of occurrences stored in the EMCIP database has grown to 19500 over 2014-2019. This represents an average of 3236 marine casualties or incidents per year over the period.

A total of 106 very serious casualties reported in 2018, which corresponded to an increase of 68% in comparison with 2017, while the total number decreased back to 63 in 2019. A similar evolution regarding the number of ships lost was noted: after a peak in 2018, a decrease in 2019 was recorded, with 21 ships lost.

Over the period 2014-2019, 6210 injuries were recorded, corresponding to 5424 accidents. Again, crew members represent the main category of persons injured at sea with 79.3% of the victims.

In 2019, apart from the passenger ships and, to some extent, the fishing vessels, the number of all other types of ships involved in casualties and incidents recorded a reduction. The same trend was noted over the period 2014-2019. 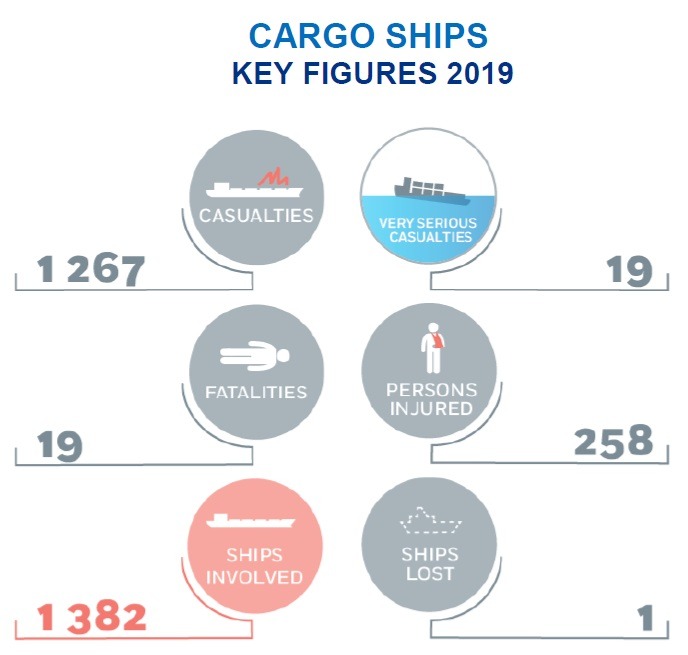 In 2019, 1382 cargo ships were involved in marine casualties or incidents that resulted in 19 fatalities. It is to be noticed that only one cargo ship was lost. 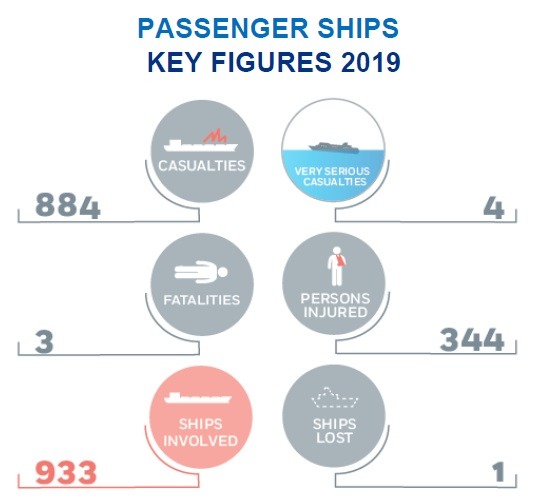 Almost half of the casualties that occurred onboard a passenger ship involved a Ro/Ro passenger ship, also known as â€œferriesâ€. One passenger ship was lost in 2019; the number of fatalities and injuries has nevertheless seen a decreasing trend since 2014. 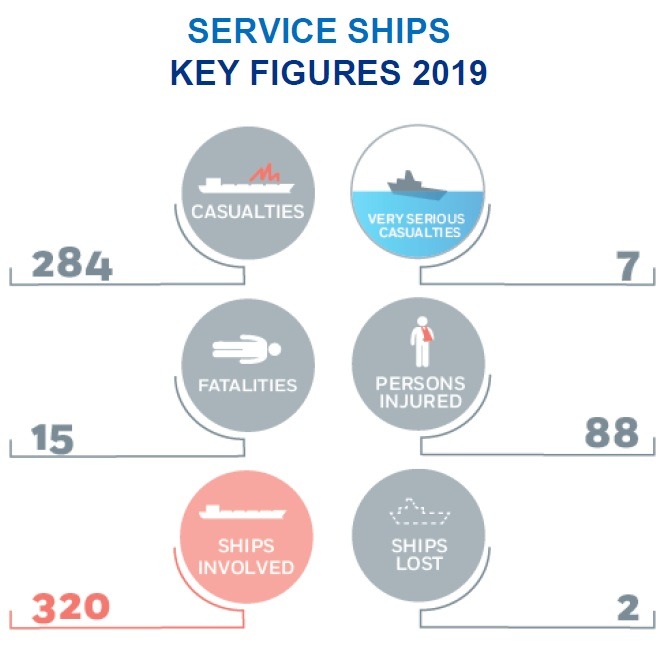 In 2018, 2 service ships were lost. While the number of injuries continued to decrease since 2015, the number of fatalities increased significantly in 2019 due to the loss of the Bourbon Rhodes, when 4 persons lost their lives, and 7 persons went missing. 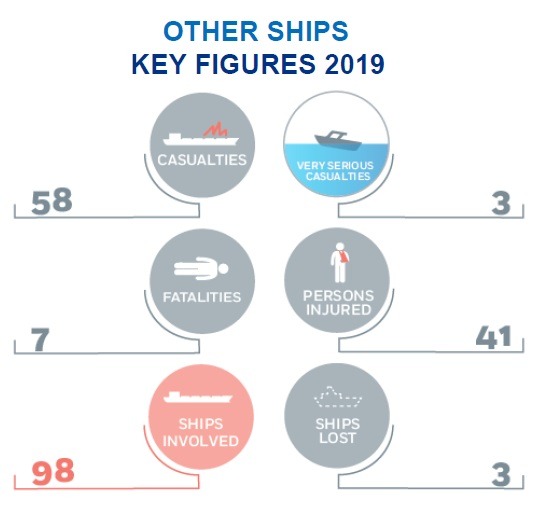 In 2019, 60 ships of other types involved in marine casualties and incidents, mainly recreational motorboats and sailing boats. 3 ships were lost, and 7 fatalities were reported.

Accidents of navigational nature, such as contacts, grounding/stranding and collision
encountered for 44% of all occurrences related to the ship. It was however noted that the main type of accident to a ship was the loss of propulsion power, which counted for 21.8%.

Regarding occurrences to person(s), 37% were attributed to slipping, stumbling and falling of persons. Among the falls, 10% were fall overboard.

The departure phase appeared to be the safest phase of a voyage and the en-route portion the most unsafe. It was noted that half of the casualties occurred in internal waters, more precisely in port areas.

EU Member States investigation bodies have launched 833 investigations over the 2014-2019 period and 686 reports have the status â€œfinishedâ€. From 1801 accident events (i.e. underlying causes) analysed during safety investigations, 54% were attributed to Human Action. More than 2200 actions were taken, or safety recommendations issued. 63.9% related to ship related procedures, in particular for the operation of ships.