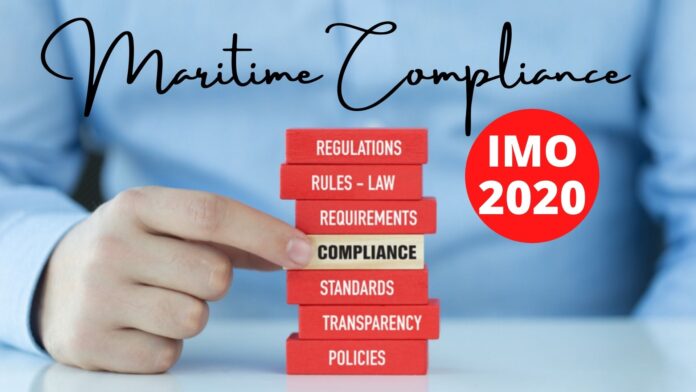 (www.MaritimeCyprus.com) Shipping companies and cruise lines need to pay attention to the new limits on sulfur content of fuel that are in effect as of 01 Jan. 2020. Sidley Austin attorneys examine the changes and offer tips for complying with the new requirements and provide insights to USA enforcement.

New limits on the sulfur content of fuel for ships are into effect as of 01 Jan. 2020, leading to new challenges for shipping companies, cruise lines, and other ship operators for environmental compliance, as well as responding to inspections and enforcement actions.

The bottom line is that ship operators should prepare for more enforcement of fuel limits through U.S. Coast Guard inspections.

The rules were adopted by the International Maritime Organization (IMO), under authority from the International Convention for the Prevention of Pollution from Ships (MARPOL). The limits, “IMO 2020,” will affect ships operating in any country that has adopted MARPOL, including in the United States through regulations promulgated by the U.S. Environmental Protection Agency (EPA) (40 C.F.R. Part 1043). 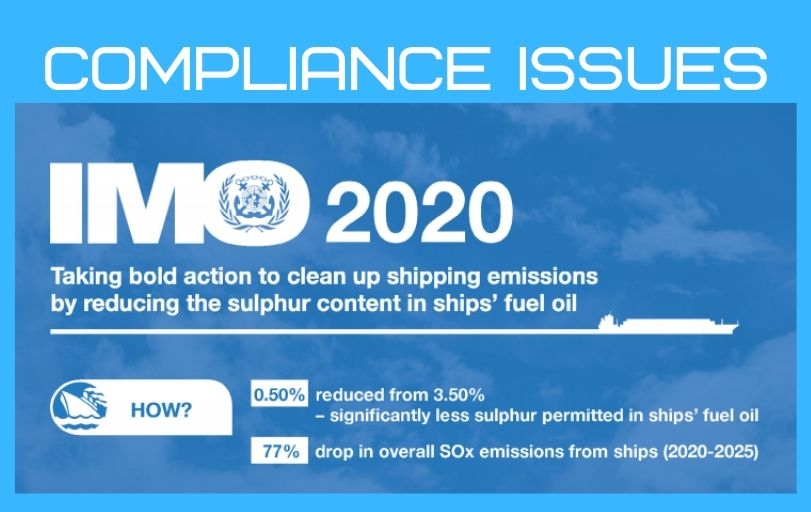 MARPOL is an international convention covering the prevention of pollution of the marine environment by ships from operational or accidental causes, including air emissions.

MARPOL was developed through the IMO, a United Nations agency that deals with maritime safety and security, as well as the prevention of marine pollution from ships. It first entered into force in 1983, following the adoption by a sufficient number of nations of the 1973 MARPOL Convention and 1978 MARPOL Protocol.

MARPOL was adopted domestically in the United States in 1980 under the Act to Prevent Pollution from Ships (APPS), 33 U.S.C. §§ 1901–1915, as amended by the Maritime Pollution Prevention Act of 2008. MARPOL is administered by the IMO but enforced by individual member states that are party to the treaty.

In the U.S., the APPS delegates the enforcement of MARPOL Annex VI to the U.S. Coast Guard (USCG) and the EPA. A ship that is not of U.S. registry or nationality is still subject to the APPS while in the navigable waters or the exclusive economic zone of the United States.

MARPOL Annex VI, which entered into force on May 19, 2005, limits the main air pollutants contained in ships’ exhaust gas, including sulfur oxides (SOx) and nitrous oxides (NOx), by introducing a global cap on the nitrogen and sulfur content of marine fuel oil, and additional limits in specific waters, referred to as emission control areas (ECAs).

Two ECAs exist along U.S. shores: (i) the North American ECA covers designated coastal areas of the United States and Canada and (ii) the U.S. Caribbean ECA includes waters around Puerto Rico and the U.S. Virgin Islands. Through the requirements of APPS and 40 C.F.R. Part 1043, all U.S. flagged vessels and all non-U.S. flagged ships operating in U.S. waters must comply with MARPOL fuel and emissions requirements.

Effective as of Jan. 1, 2020, the MARPOL Annex VI global sulfur cap was reduced from the current 3.5 percent to 0.5 percent. However, under current standards, emissions limits in designated ECAs are already stricter than the IMO 2020 global limits. That is, effective Jan. 1, 2015, the sulfur content limit in ECAs, including in the North American ECA (which covers most coastal waters up to 200 nautical miles from the United States), was lowered to 0.1 percent. There are no further decreases of sulfur content limits in ECAs planned in the imminent future.

How Can Ships Comply?

To comply with the new fuel requirements, a regulated ship operator has four options:

For example, bunker delivery notes and representative samples of fuel oil provided by fuel suppliers must be maintained onboard for a minimum of three years and 12 months, respectively.

The records must also include a written fuel oil changeover procedure and a log recording changeover details. These records may be inspected and the samples may be taken for verification to determine if the fuel oil used onboard meets the MARPOL sulfur standard.

How does USA Enforcement Work?

In the U.S., the USCG and the EPA share responsibility for enforcing the provisions of MARPOL Annex VI. According to the Department of Justice, the U.S. is the leading country in enforcing MARPOL, and the DOJ has been actively involved in training law enforcement officials in the U.S. and abroad in MARPOL enforcement.

The USCG has the authority under APPS to conduct ship inspections, examinations, and investigations, and conducts approximately 9,500 regularly scheduled exams every year, which include Annex VI compliance checks.

The EPA has the authority to take enforcement action for violations, whenever such violations have been referred to the agency by the USCG. In 2011, the EPA and the USCG entered into a Memorandum of Understanding (MOU), setting forth the terms for both agencies’ cooperative enforcement of Annex VI, as implemented by APPS.

Pursuant to this MOU, the USCG may request that the EPA attend or assist any ship inspection, examination, or investigation for a suspected violation. The EPA may also request to attend or assist with any of these activities.

Under APPS, if the USCG has “reasonable cause” to believe that a ship may be liable for a violation of APPS and corresponding regulations, the USCG may revoke or withhold a vessel’s customs clearance or demand a Letter of Undertaking, bond, or other surety to the satisfaction of the USCG. A civil penalty could be assessed up to $25,000 per violation, per day. Knowing or willful violations could subject shippers to criminal liability.

In recent years, the USCG has seen at least 80 deficiencies and over a dozen enforcement actions. The EPA has entered into five settlements for violations of sulfur content rules since 2016, which may increase with more focus on IMO 2020 requirements.

Accordingly, ship operators should be prepared for increased enforcement of fuel limits through USCG inspections within 2021.