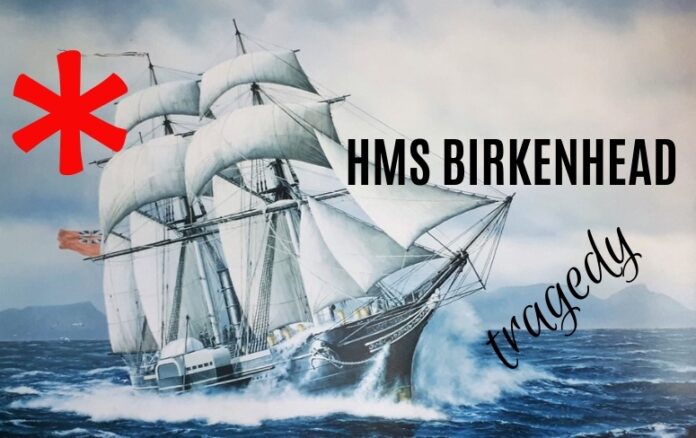 (www.MaritimeCyprus.com) On 26 February 1852, the troopship HMS BIRKENHEAD grounded at Danger Point, near Cape Town, South Africa. It was carrying about 400 British soldiers to fight in the Kaffir War in South Africa. Also on board were about 200 civilians, mostly women and children.

There were not sufficient lifeboats for everyone. The senior British Army officer onboard ordered the troops to stand fast as the women and children boarded the lifeboats. None of the soldiers broke ranks.

The BIRKENHEAD sank soon afterwards. Only 193 of the approximately 643 people originally on board survived. From this event, the maritime tradition of “women and children first” is derived. Rudyard Kipling later wrote the poem “Solder an’ Sailor too”, dedicated to the Royal Regiment of Marines.

To take your chance in the thick of a rush, with firing all about,
Is nothing so bad when you’ve cover to ‘and, an’ leave an’ likin’ to shout;
But to stand an’ be still to the Birken’ead drill is a damn tough bullet to chew,
An’ they done it, the Jollies – ‘Er Majesty’s Jollies – soldier an’ sailor too!

Watch the relevant documentary below: