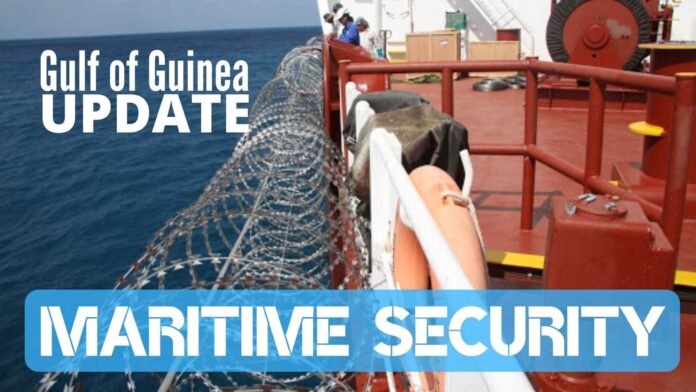 (www.MaritimeCyprus.com) According to the recent annual report of the International Maritime Bureau’s Piracy Reporting Centre (IMB), the Gulf of Guinea hit a record with 130 crew kidnappings in 22 separate incidents in 2020 (source: ICC Commercial Crime Services).

About 95% of all reported maritime kidnapping cases worldwide have taken place in the Gulf of Guinea. Unfortunately, the first months of 2021 do not show any signs of improvement. Already in January several notable attacks and violent kidnappings were reported.

The IMB report notes that incidents in the Gulf of Guinea are particularly dangerous as the majority of the perpetrators were equipped with guns. Until a couple of years ago cargo theft seemed to be the main driver for piracy, but nowadays we are seeing a shift towards violent kidnapping of crew members with the objective to demand a ransom. The kidnapped crew members are consequently taken deep into the jungle where they are held hostage for months until ransom is paid. The conditions in the camps are severe, resulting in sickness or sometimes even death.

The issue of piracy in the Gulf of Guinea used to be significantly different from, for example, the Horn of Africa, where most attacks take place in international waters where vessels can be protected by the international community. Within the Gulf of Guinea, however, many attacks occur near the coast and the responsibility to deal with an act of piracy within territorial waters rests with the coastal state. Previous years have shown that the pirates are now able to operate further from shore, as incidents have been reported to take place at 200 nautical miles from the coastline. As a result, the international community has been alerted and initiatives to protect vessels have been initiated such as, for example, the pilot case of the EU's Coordinated Maritime Presences (CMP) concept (source: European Council).

It is noted that in addition to the existing High-Risk Area in the territorial waters of Nigeria and Benin, a new Extended Risk Zone has been designated to cover a substantially larger area in the Gulf between Liberia and Angola.

Ship operators, masters and mariners are advised to remain vigilant and stay cautious when operating in the Gulf of Guinea. As the subject matter is far too extensive to be covered in full within this circular, we recommend following and implementing the Best Management Practices for West Africa (BMP-WA), which aim to help ships plan their voyage and to detect, avoid and report attacks.

In summary, the following precautionary measures should be taken.

– The IMB advises ship operators to stay at least 250 nm offshore in West Africa and wait until a safe anchorage or dock is available to load and unload cargo.

– The ship’s characteristics/vulnerabilities/inherent capabilities to withstand the threat.

• Privately armed security personnel
The last decade demonstrated that the use of Privately Contracted Armed Security Personnel (PCASP) on board vessels has proven to be an effective measure in protecting the safety of seafarers and deferring attacks from pirates in high-risk areas. Nevertheless, the decision to deploy PCASP’s should not be treated lightly and will be guided by certain requirements.

Unlike the Somalian pirate attacks in the Indian Ocean, the attacks in the Gulf of Guinea often take place on vessels entering or leaving ports, or at anchor within the territorial waters. National laws of these coastal states do not permit foreign security guards to carry firearms on board merchant vessels. Therefore, shipowners must rely on local security force, for example, the local navy forces.

If a shipowner wishes to have armed guards on board his vessel in an area which does not
allow PCASP, all non-local armed guards must disembark the vessel and be replaced with local security personnel when the vessel is entering territorial waters. To make use of such local security guards, a shipowner can either rely on a local agent with direct links to the military or police within that country or engage the services of an intermediary.

The carriage of firearms is a complex legal issue and is still prohibited by some flag states, although a number of flag states are in the process of amending their laws in order to allow the practice of PCASP onboard vessels. MS Amlin neither dismisses nor promotes the use of services of PCASP, but would rather emphasize that the decision whether to resort to the services of such companies lies solely with the shipowner.

Accordingly, we recommend shipowners to consult their flag states when considering the services of PCASP, as well as contacting the coastal states of the territorial waters to be entered before embarking on the voyage.

In order to protect the contractual position of shipowners with regards to voyages going through or to a high-risk area, we advise incorporating specific “piracy clauses” in charter parties.

BIMCO has created specialist Piracy Clauses for time charter parties, consecutive voyage charters/COAs, and single voyage charters. These clauses allow shipowners to deviate from the contractual voyage, as they are not obliged to continue to or through any port, place, area or zone which, in the reasonable judgment of the master/owner, is dangerous due to any actual, threatened or reported piracy or violent robbery. In the event that the vessel is at a location that meanwhile becomes dangerous, the vessel shall be at liberty to leave it.

Where Privately Contracted Armed Security Personnel are employed onboard a vessel, it is recommended to use contracts recognized by the industry, such as the GUARDCON, which can be found on the website of BIMCO via this link.

In principle, all states have universal jurisdiction on the high seas and are thus allowed to seize pirate ships and arrest pirates on board. However, the same does not apply to piracy within territorial waters where the coastal state has exclusive jurisdiction.

This region of West Africa remains a high-risk area and there is still a long way to go before a satisfactory state of security can be established. Protection by local law enforcement, such as naval forces, remains limited and assistance is not always available. Therefore, it is of utmost importance that shipowners take precautionary measures to protect their vessels and their crew when transiting through the Gulf of Guinea. Consequently, shipowners are advised to closely follow the Best Management Practices for West Africa.

Furthermore, the use of PCASP has been effective but not always allowed under both flag state and coastal state law. Therefore, approval from the authorities has to be obtained
before entering the area.

Maritime security guidance for the Arabian Gulf, Strait of Hormuz and Gulf of Oman.

Other maritime security resources and incidents.