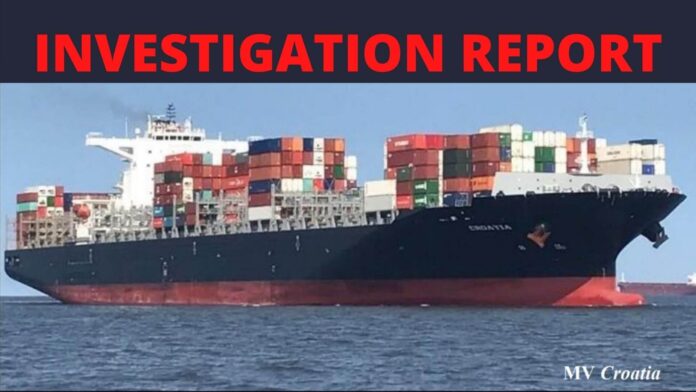 (www.MaritimeCyprus.com) Transport Malta issued the report of its investigation of the 23 February 2020 cargo explosion on the container carrier Croatia. Whilst underway towards Singapore, an explosion occurred in ship’s cargo hold no. 7.

A fire party was immediately mustered by the master to assess the situation inside the cargo hold. An inspection of the area revealed that an explosion had occurred inside one of the containers stowed in the cargo hold, damaging five other containers and several ship fittings.

The charterers were contacted, following which it was confirmed that no other explosion risks were foreseen. The cargo manifest revealed that the container carried scrap metal and used car parts. It was concluded that flammable vapors had accumulated inside, resulting in an explosive atmosphere.

Guide for Fire-fighting systems for Cargo Areas of Container Vessels.