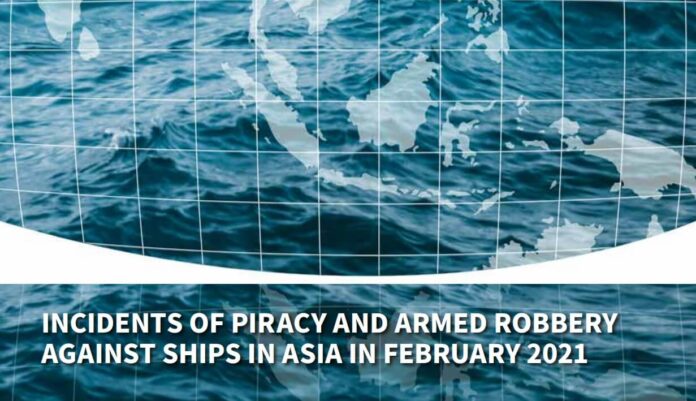 (www.MaritimeCyprus.com) In Feb 2021, 3 incidents of sea robbery were reported in Asia. Two were reported in the eastbound lane of the Traffic Separation Scheme (TSS) in the Singapore Strait. One occurred on board a ship while berthed at Jakarta Port, Indonesia.

All three incidents reported in February 2021 were CAT 4 incidents (where the perpetrators
were not armed and crew not harmed).

Of the three incidents, two incidents occurred to tug boats towing barges while underway
in the eastbound lane of the TSS in the Singapore Strait. In both incidents, perpetrators
boarded the barges from small boats and stole items from the barges. The barges were not
manned.

The other incident occurred on board a container ship while berthed at Jakarta Port,
Indonesia. The perpetrators boarded the ship unnoticed, broke the padlock hinge for the
passageway door leading to the engine room and stole engine spare parts.

For more details, click below to download the February 2021 report on Piracy and Armed Robbery Against Ships in Asia, from RECAAP: