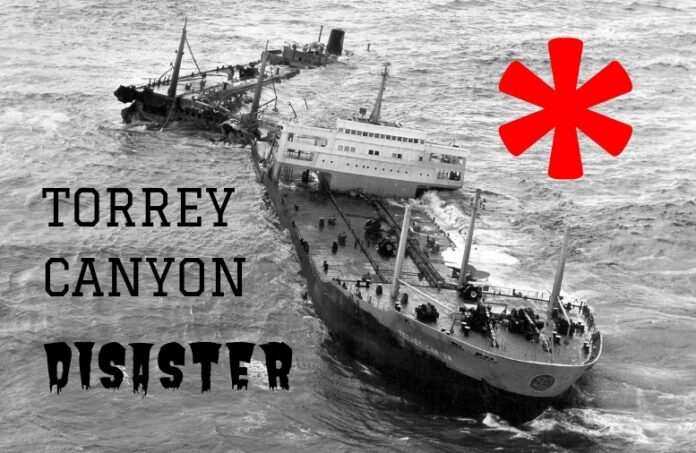 TORREY CANYON ran aground on the Seven Stones Reef, off Lands End, Cornwall, UK on 18th March 1967. The tanker was one of the largest vessels afloat at the time, with a cargo of 119,000 tonnes of Kuwaiti crude oil for discharge at Milford Haven, Wales. Over the following 12 days the entire cargo was lost.

In order to recover costs, the UK Government issued a writ against the US-based ship and cargo owners. However, the owners stated the pollution was a result of the UK Government bombing the ship without permission and rejected liability. Negligence or unseaworthiness, required to apportion liability, could not be proven.

A US court awarded compensation of US$50 – the value of a surviving lifeboat. As the owners had no assets in the UK or France, a judgment for a greater amount would have been difficult to uphold. Costs were paid to the UK and French Governments after arresting sister-ships in Singapore and in Rotterdam respectively. Each government settled for ~£1,500,000, considerably less than expenditure and years after the incident, following a protracted legal process.

In recognition of the difficulties of governments in obtaining compensation, the tanker shipping and oil industries established TOVALOP and CRISTAL in 1968 to provide a temporary measure pending widespread acceptance of the international conventions.
At the time, and when faced with the potential recurrence of such an incident, the incumbent UK Prime Minister Harold Wilson called on the Council of IMCO (now IMO) to meet in extraordinary circumstances to consider possible changes in maritime law and international regulations. IMCO met in May 1967 and drafted 21 “proposals for study”, including requiring all vessels to carry compulsory liability insurance, and to make shipowners responsible for the damage caused by their vessel “without consideration of negligence”. These proposals formed the basis of the subsequent international conventions.