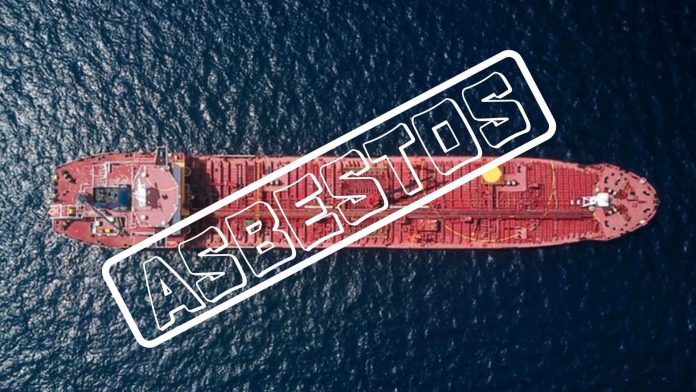 (www.MaritimeCyprus.com) The time is up for the owners of any ships calling at EU ports or anchorages to arrange surveys, required by the EU Ship Recycling Regulation, to identify if hazardous materials including asbestos, are present on board. Will such surveys lead to an unwelcome and unexpected surprise with asbestos estimated to be present on a significant number of ships? Can owners be confident of relying on certification that the vessel is "asbestos free" when built? The answer for some owners may unfortunately be no.

Over the years, the IMO have increased their restrictions on the permissible levels of asbestos contained on new build vessels using the framework of SOLAS. Since 1 January 2011, the presence of any asbestos at all in new build vessels has been prohibited.

This is because of the risks of asbestos to human health which have been well recognised for some time. Asbestos is an effective insulation material (as well as being fire resistant) and was traditionally used for that purpose on ships. However, it poses a risk when released into the atmosphere. The on-board environment of a ship’s pitching and rolling, as well as the vibrations of the engine, can encourage the release of dangerous asbestos fibres which can then be inhaled by crew and visitors on board. In-service repairs and modifications can also give rise to the same risk. Therefore, although much recent regulation has focussed on the risks arising at the time of ship recycling, asbestos on board can also pose a risk to health during the operation of the vessel. It can also expose shipowners to potential personal injury claims by visitors and crew members as well as imposing additional costs and operational constraints.

The detection of hazardous materials on board commercial ships is addressed in the Hong Kong International Convention for the Safe and Environmentally Sound Recycling of Ships (the Convention). The Convention, adopted in 2009 but not yet in force, will require all new commercial vessels over 500GT to carry an Inventory of Hazardous Materials (IHM) listing all hazardous materials on board the vessel, their amounts and their locations.

Although some states, notably Australia and the Netherlands, require an independent approved surveyor to confirm the absence of asbestos before a ship can be entered with their flag, the majority have no such requirement. Therefore, as the Convention is not yet in force, there is limited practical regulation of the problem. An owner may have a ship that contains large quantities of asbestos but have no idea about this. 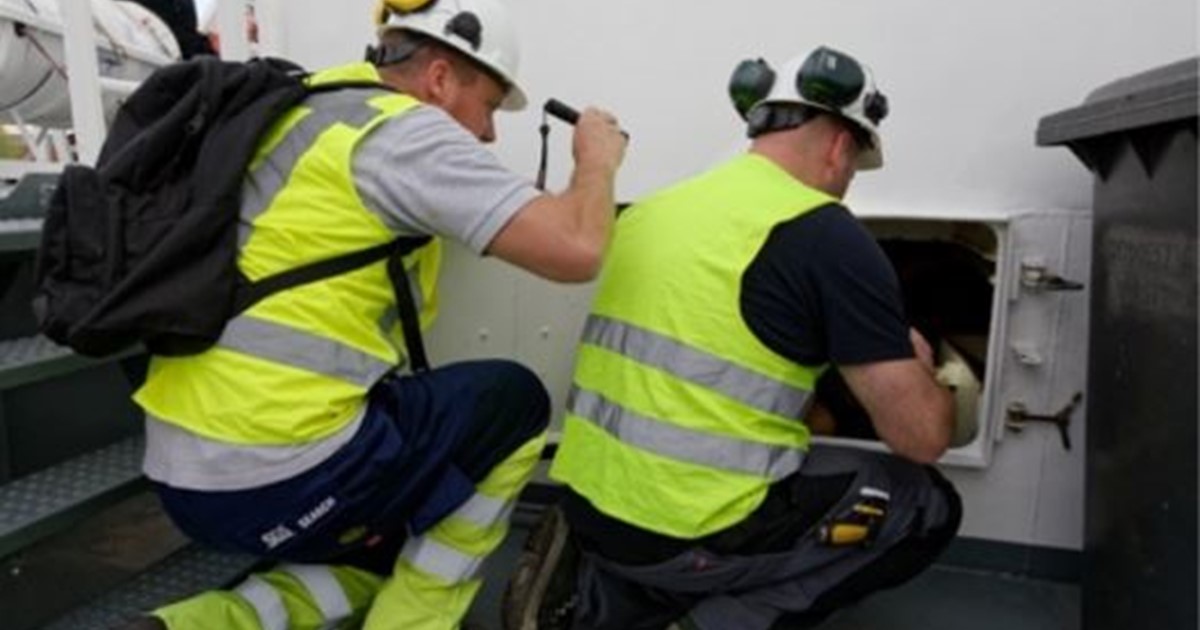 However, from 1 January 2021 the position changes.

With only very limited exceptions, all vessels above 500GT which are registered with an EU Member State but also, importantly, any ship above 500GT whether EU registered or not which calls at a port or anchorage of an EU Member State, must have been surveyed for the purposes of compiling an IHM by no later than 31 December 2020. This requirement arises from the EU Ship Recycling Regulation (EU 1257/2013) (the Regulation). Non-EU flagged ships calling in the EU must also have on board a “statement of compliance”. This is a statement issued after verification of the IHM by the relevant authorities of the third country whose flag the vessel is flying or an organisation authorised by them, in accordance with the relevant national requirements. Detection of hazardous materials, including asbestos, is therefore expected to increase significantly as IHM surveys are carried out because this will most likely be the first time ships have been subject to a survey aimed at identifying the presence of hazardous materials.

Failure to comply with the Regulation could have serious operational consequences. The Regulation allows the EU Member State detecting an infringement to warn, detain, dismiss or even exclude non-compliant vessels from the ports or offshore terminals under their jurisdiction. There is therefore a risk that shipowners will be unable to comply with charterers’ orders if they are turned away from a nominated port due to non-compliance, or if they are detained and unable to depart as charterers require. Such non-compliance could well put shipowners in breach of charter, giving rise to significant claims.

Prudent shipowners who have arranged IHM surveys could be forgiven for thinking that the IHM survey is just a formality. It is common practice to require that shipyards certify newly built vessels as “asbestos free”, and that Class certify that the vessels are compliant with SOLAS. Owners with those certificates in their hands may expect the IHM survey to come back clean. However, IHM surveys may be the first time that a vessel has actually been tested for asbestos. Surprisingly, in certain countries, a material or part can be certified as “asbestos free” even if it contains asbestos. In the EU, “asbestos free” means with an asbestos content of no more than 0.1%, but in the US the figure is 1% and in the Far East there is no prescribed figure. In China, there is no legal prohibition on the use of asbestos and there are examples of “asbestos free” certificates having been issued for newly built vessels which contain asbestos. Although developing markets might be thought to pose the greatest risk, asbestos can be found in vessels built in many different countries, containing parts or materials sourced from all over the world.

Similarly, shipowners cannot assume that certification by the vessel’s current or previous Classification Society that the vessel is compliant with SOLAS means that the vessel is free from asbestos. Such certifications are often based on the shipyard’s own confirmations or those of the yard’s supplier/sub contractor, without any independent checks (or sometimes any checks at all) of the actual materials installed on board having been carried out by Class. Certification can be issued based on documentation which is inaccurate, rather than on testing carried out by the certifying party. Therefore, shipyards, Classification Societies and surveyors may believe a material installed on a vessel is “asbestos free” and may certify it accordingly, but that material may not have been tested for asbestos or may have been batch-tested without the presence of asbestos being detected in the actual material used.

It is recommended, and required by Flag states such as Australia and the Netherlands, that marine specialist survey companies which are ISO 17020 accredited are appointed by all shipowners to carry out IHM surveys.

The Regulation does not require owners to take any action to remove any asbestos found during an IHM survey. SOLAS, however, does, giving owners up to 3 years from when the asbestos is found to have it removed by a professional asbestos removal company in close consultation with and, where applicable, under the supervision of, the flag state concerned. In practice, shipowners may well be required by Class to take steps sooner to ensure there is no risk to the health of visitors or crew, even if they are permitted to defer permanent repairs until a later date. This may depend on the extent of the risk and how this can be managed on board with prudent precautions.

So what of the costs of temporary measures, the removal work and the income lost while the asbestos problem is being addressed?

The financial impact of the discovery of asbestos can be significant. Due to its frequent use as insulation, it can be expensive to remove asbestos as it may be necessary to dismantle a portion of the surrounding area on board before the materials containing asbestos can be reached. What is more, as soon as asbestos is identified, expert advice must be sought on any necessary temporary measures to protect the crew. The discovery of asbestos can also impact on the vessel’s trading and potentially her market value.

It will be incredibly frustrating for shipowners to have to face exposure to these costs/risks in circumstances where their shipbuilding or repair contracts required, and yards (and in some cases Class) confirmed, that the parts and materials used by the yards were asbestos free, and that vessels supplied and repairs carried out would be in conformity with SOLAS requirements.

In these circumstances they will naturally want to consider recourse against those responsible. While this is not necessarily an easy task depending on the applicable law and the jurisdiction where the vessel was built, the shipowner may have contractual or non-contractual claims against the yard and any third party supplier subject to applicable time bars (as ships may have been built several years ago). In addition, national product liability laws may have been breached. Claims against Class may also be possible, but Classification Societies usually try to restrict rights of recourse. The position may be more complex where the vessel was purchased second hand as the current owner will not have had a contractual relationship with the shipyard or Class. Some H&M insurances may cover asbestos removal costs but this may not be clear and an owner can face a potential uninsured exposure.

Thus, while a lot of shipowners took prompt steps to ensure that their vessels are free to trade to EU Member States after 1 January 2021 by arranging for IHM surveys to be carried out by the end of the year, they should approach surveys with a measure of concern.

If the survey revealed the presence of asbestos or other hazardous materials on board, then shipowners should consider whether they can claim against the yard, third party supplier or certifying Classification Society (or, where relevant, the seller of the vessel if they did not purchase as a newbuild) to recover all or part of their losses. In each case, the shipowner should seek specific legal advice on their rights and the possible claims available to recover the expenses caused by the discovery of asbestos. The sooner the asbestos hazard is identified, the more likely a claim can be brought. Importantly, knowledge of the presence of hazardous materials on board allows shipowners to take steps to protect those working on board the vessel from the dangers they present and mitigate the risk of claims. 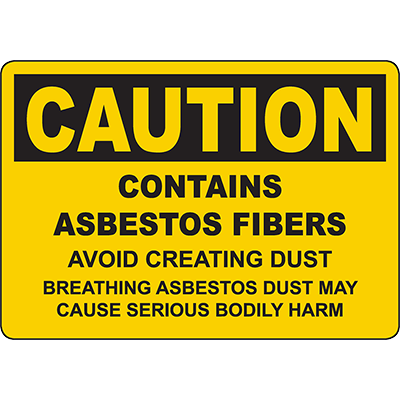