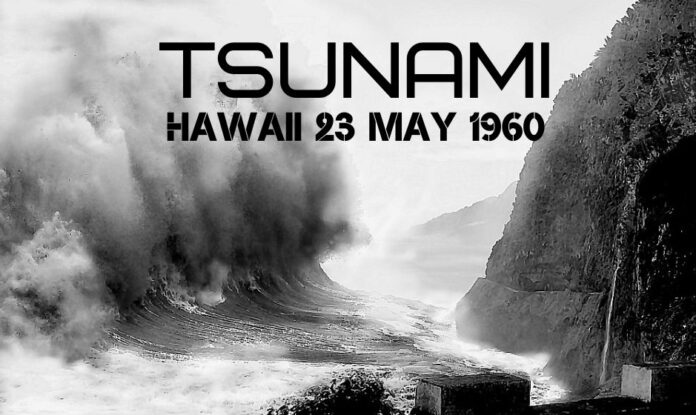 (www.MaritimeCyprus.com) A tsunami caused by an earthquake off the coast of Chile travels across the Pacific Ocean and kills 61 people in Hilo, Hawaii, on May 23, 1960. The massive 9.5-magnitude quake had killed thousands in Chile the previous day.

The earthquake, involving a severe plate shift, caused a large displacement of water off the coast of southern Chile at 3:11 p.m.

Imagine a piece of seafloor the size of California, raised by the earthquake, to around 800m. That created the Tsunami.

Traveling at speeds in excess of 400 miles per hour, the tsunami moved west and north. On the west coast of the United States, the waves caused an estimated $1 million in damages, but were not deadly. 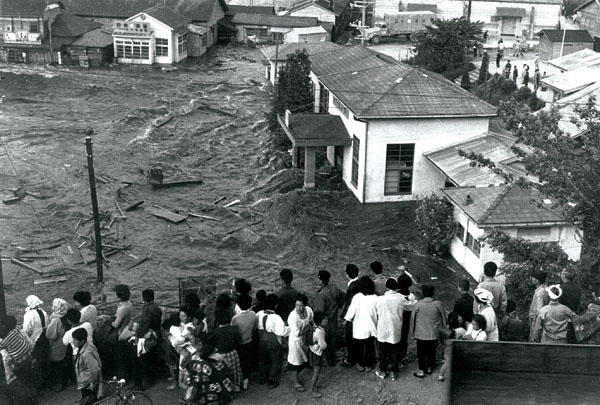 The Pacific Tsunami Warning System, established in 1948 in response to another deadly tsunami, worked properly and warnings were issued to Hawaiians six hours before the wave’s expected arrival.

Some people ignored the warnings, however, and others actually headed to the coast in order to view the wave. Arriving only a minute after predicted, the tsunami destroyed Hilo Bay on the island of Hawaii.

Thirty-five-foot waves bent parking meters to the ground and wiped away most buildings. A 10-ton tractor was swept out to sea. Reports indicate that the 20-ton boulders making up the sea wall were moved 500 feet. Sixty-one people died in Hilo, the worst-hit area of the island chain.

The tsunami continued to race further west across the Pacific. Ten thousand miles away from the earthquake’s epicenter, Japan, despite ample warning time, was not able to warn the people in harm’s way. At about 6 p.m., more than a day after the earthquake, the tsunami struck the Japanese islands of Honshu and Hokkaido. The crushing wave killed 180 people, left 50,000 more homeless and caused $400 million in damages.