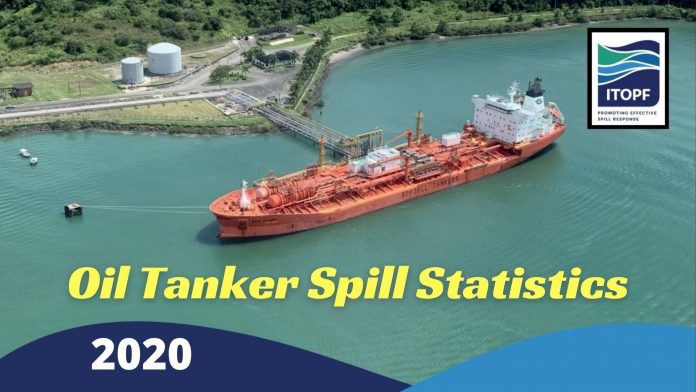 (www.MaritimeCyprus.com) ITOPF maintains a database of oil spills from tank vessels, including combined carriers, FPSOs and barges. This contains information on accidental spillages of persistent and non-persistent hydrocarbon oil since 1970, except those resulting from acts of war. The data held includes the location and cause of the incident, the vessel involved, the type of oil spilt and the spill amount. For historical reasons, spills are generally categorised by size, <7 tonnes, 7-700 tonnes and >700 tonnes (<50 bbls, 50-5,000 bbls, >5,000 bbls), although the actual amount spilt is also recorded. Information is now held on over 10,000 incidents, the vast majority of which fall into the smallest category i.e. <7 tonnes.

Information is gathered from published sources, such as the shipping press and other specialist publications, as well as from vessel owners, their insurers and from ITOPF's own experience at incidents. Historically, information from published sources mostly related to large spills, often resulting from collisions, groundings, structural damage, fires or explosions. In recent decades, however, reporting of smaller spills has improved.

The first medium spill occurred early in the year in Europe and the other two occurred in the last quarter of the year in Africa and Asia.

This is the same number of spills >7 tonnes as recorded in 2019 and remains the lowest number in any particular year since 1970.

(This data relates to spills with confirmed volumes.)

The total volume of oil lost to the environment from tanker spills in 2020 was approximately 1,000 tonnes. This is the same quantity as recorded in 2012 and 2019, and the lowest annual figure recorded in the last five decades.

Over the past half century, statistics for the frequency of spills greater than 7 tonnes from tankers have shown a marked downward trend,

For more details, download the full report, by clicking on below image: 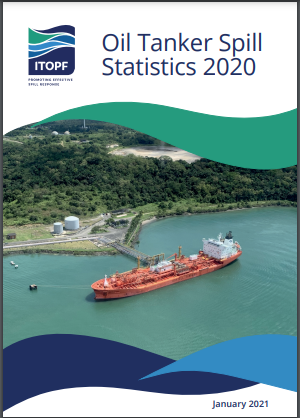