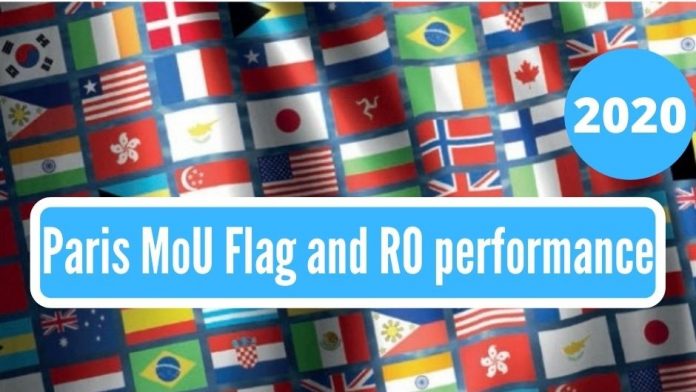 (www.MaritimeCyprus.com) The Paris MoU Committee approved the 2020 inspection results and adopted new performance lists for flag States and Recognized Organizations (ROs). These lists take effect as of the 1st of July 2021.

The current member States of the Paris MoU are:

They have been risers and fallers on the lists as to be expected. Denmark now tops the list and has displaced the UK flag, which is now ranked at 13. The United States has moved up a few places from 33 to 40.

The top 10 best-performing flags in the new list are:

Cyprus, a Flag of quality

Cyprus Flag remains on the White List after maintaining stringent onboard safety standards for all Cyprus-registered ships. This enhanced track record is the result of a comprehensive National Shipping Strategy which the Shipping Deputy Ministry has been implementing since its inception in order to cement its position as one of the world’s top flag administrations and as a leading shipping cluster. Whilst from a practical point of view, this may lead to fewer inspections for Cyprus vessels at any port, it adds to the flag’s status as a high-quality flag which is consistently part of the White lists of the Paris and Tokyo MoU’s.

The White List represents quality flags with a consistently low detention record. Flags with an average performance are shown on the Grey List. Their appearance on this list may serve as an incentive to improve and move to the White List. At the same time flags at the lower end of the Grey List should be careful not to neglect control over their ships and risk ending up on the Black List next year.

Compared to last year’s performance level, the RO performance level has slightly improved. It is noteworthy that, unlike in the past 3 years, no more ROs are categorized as very low performing.

Details of the responsibility of ROs for detainable deficiencies have been published since
1999. When one or more detainable deficiencies are attributed to an RO in accordance
with the Paris MoU criteria, it is recorded “RO responsible” and the RO is informed. Out of 369 detentions recorded in 2020, 37 (10%) were considered RO related (15% in 2019).
Both in terms of numbers and in relative terms, a significant decrease.

From the 1st of July 2021 the new performance lists will be used for calculating the Ship
Risk Profile.