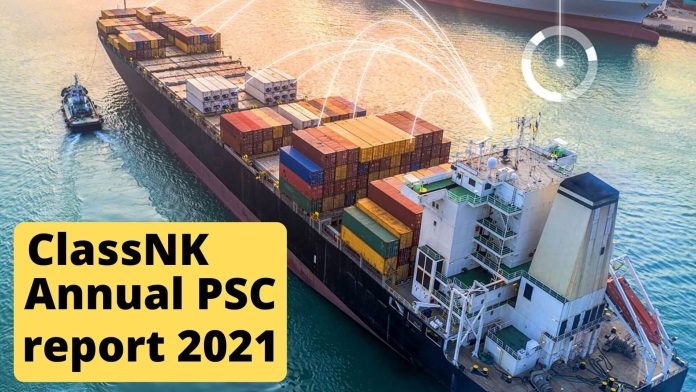 (www.MaritimeCyprus.com) This Annual Report on Port State Control (PSC) summarizes deficiencies identified during PSC inspections carried out in various countries around the world. This report is prepared with the objective of building awareness of the present state of PSC and thereby improving future onboard maintenance and inspections as well as Safety Management Systems.

The report consists of the following chapters.

Port State Control has been recognized as a very direct and effective means to reduce the umber of substandard ships as well as to improve the safety of ships at sea and to prevent marine pollution. The activity of PSC worldwide has significantly been strengthened along with the increasing number of amendments to the relevant international Conventions.

Further to the above, in order to carry out the effective implementation of port state responsibilities, many countries have signed a Memorandum of Understanding (MOU) for regional cooperation among local PSCs, and have agreed to establish a centralized & digitized database system and/or a harmonized approach.

In 2020 a total of 658 detainable deficiencies were reported relating to 250 detentions, i.e., deficiencies which were serious enough to jeopardise the ship’s seaworthiness, safety of the crew onboard, or to present a threat of harm to the environment and therefore warranted the detention of the ship. The deficiencies are categorized and categories in this figure are based on those of the Tokyo MOU. Deficiencies related to Fire safety, Life-saving appliances, and Emergency systems combined accounted for about one-third of the total in 2020. 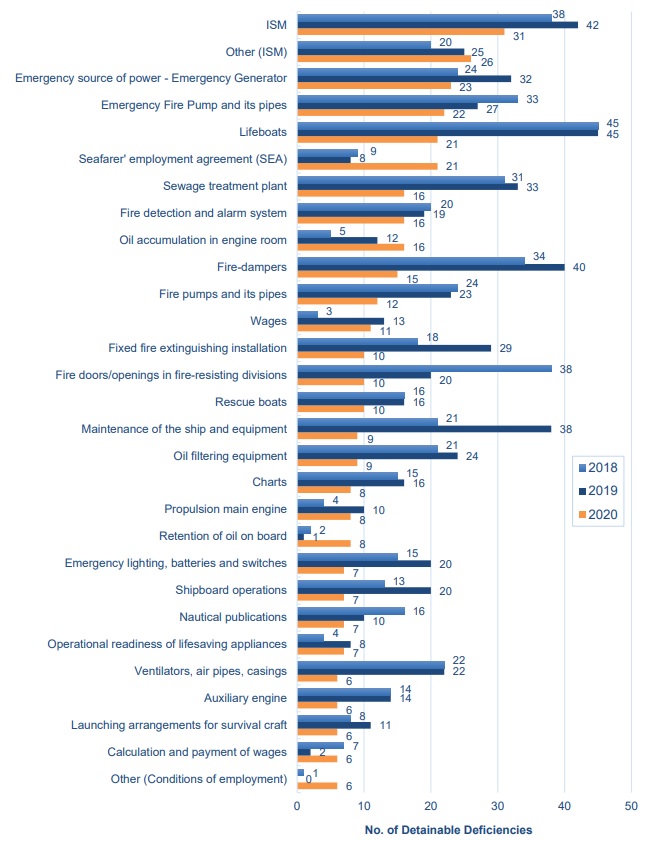 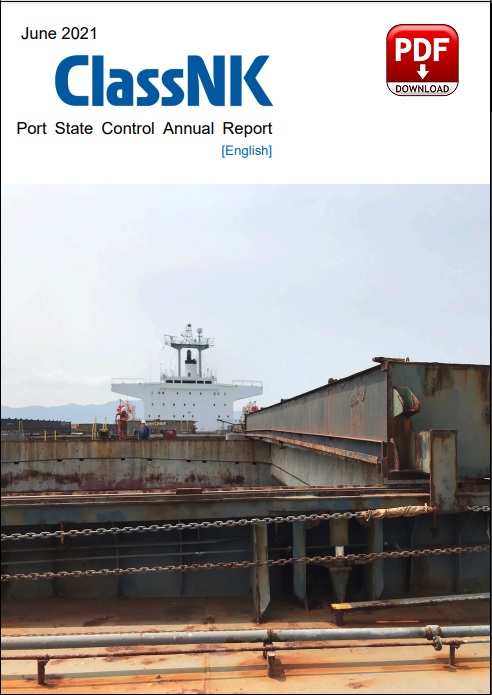