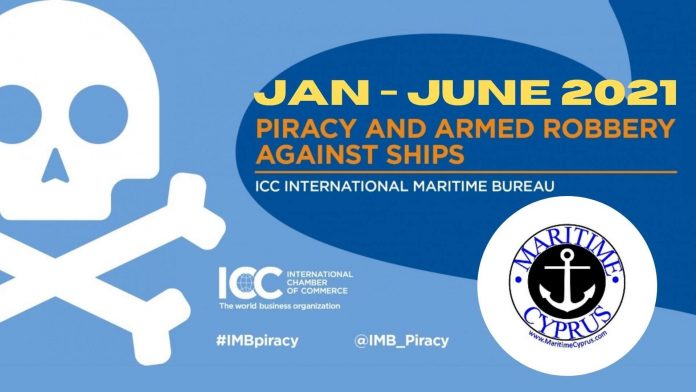 (www.MaritimeCyprus.com) IMB reports 68 incidents of piracy and armed robbery against ships – the lowest total since 1994 – down from 98 incidents during the same period last year. In the first six months of 2021, IMB’s Piracy Reporting Centre (PRC) reported 61 vessels boarded, four attempted attacks, two vessels fired upon and one vessel hijacked. 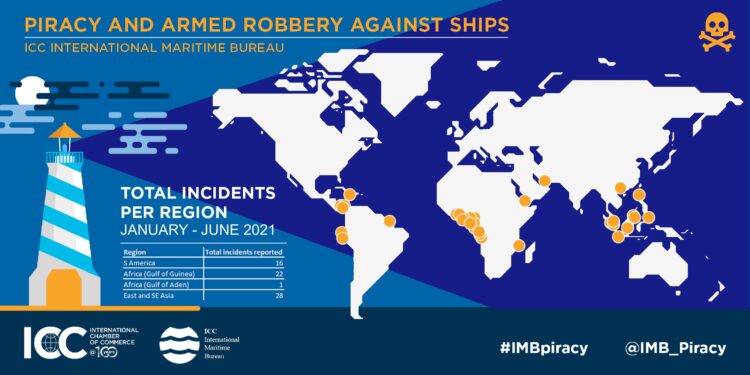 Despite the overall decline in reported incidents, violence against crews has continued with 50 crew kidnapped, three each threatened and taken hostage, two assaulted, one injured and one killed throughout the first half of 2021. 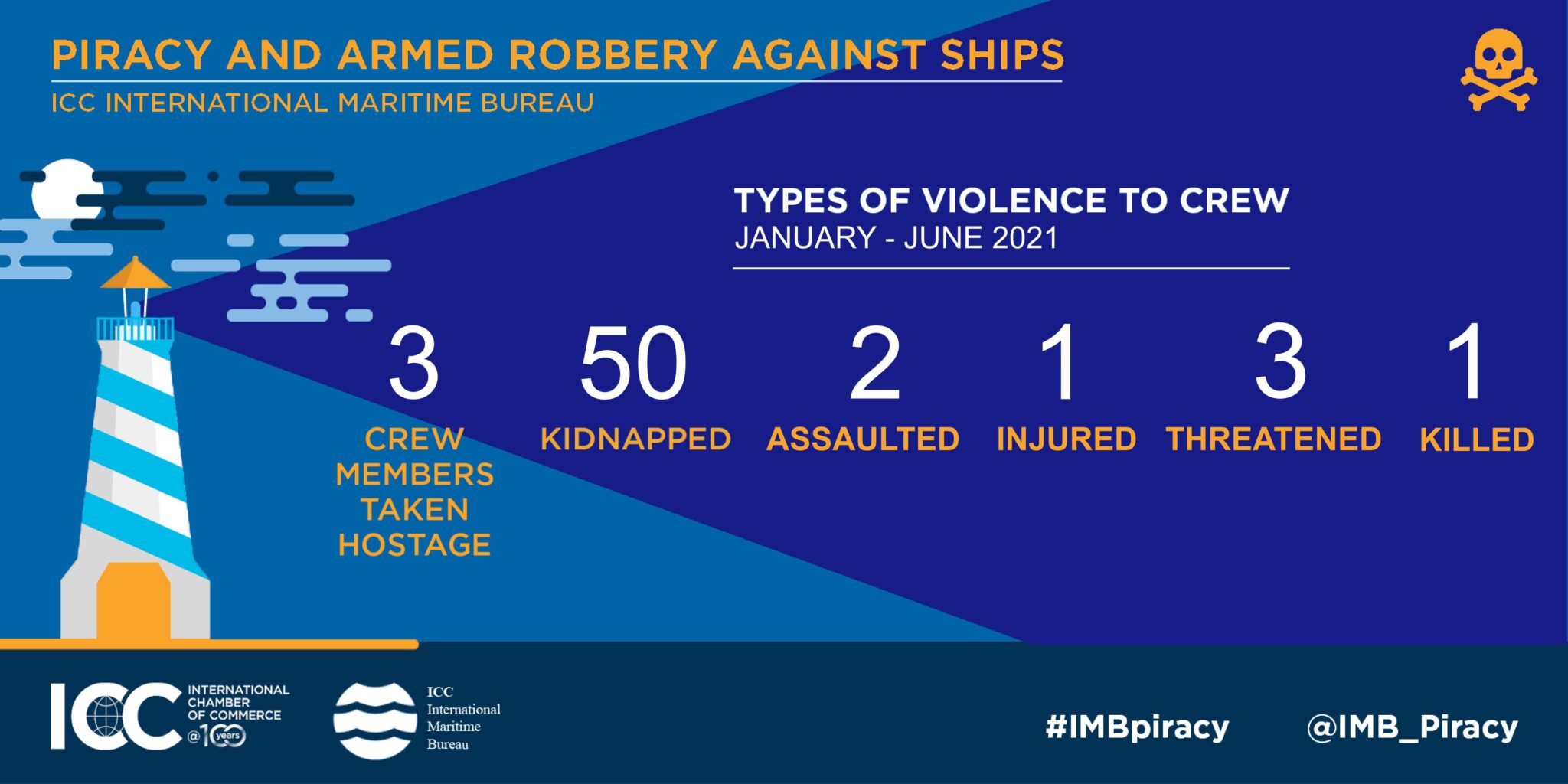 The Gulf of Guinea continues to be particularly dangerous for seafarers with 32% of all reported incidents taking place in the region, according to IMB. The region accounted for all 50 kidnapped crew and the single crew fatality recorded by IMB during the first half of 2021.

“Whilst IMB welcomes reduced piracy and armed robbery activity in the Gulf of Guinea, the risk to seafarers still remains. By reporting all incidents to the Regional Authorities and IMB PRC, seafarers can maintain pressure against pirates. Bringing together maritime response authorities through initiatives – like Nigeria’s Deep Blue Project and Gulf of Guinea Maritime Collaboration Forum – will continue and strengthen knowledge sharing channels and reduce risk to seafarers in the region.” 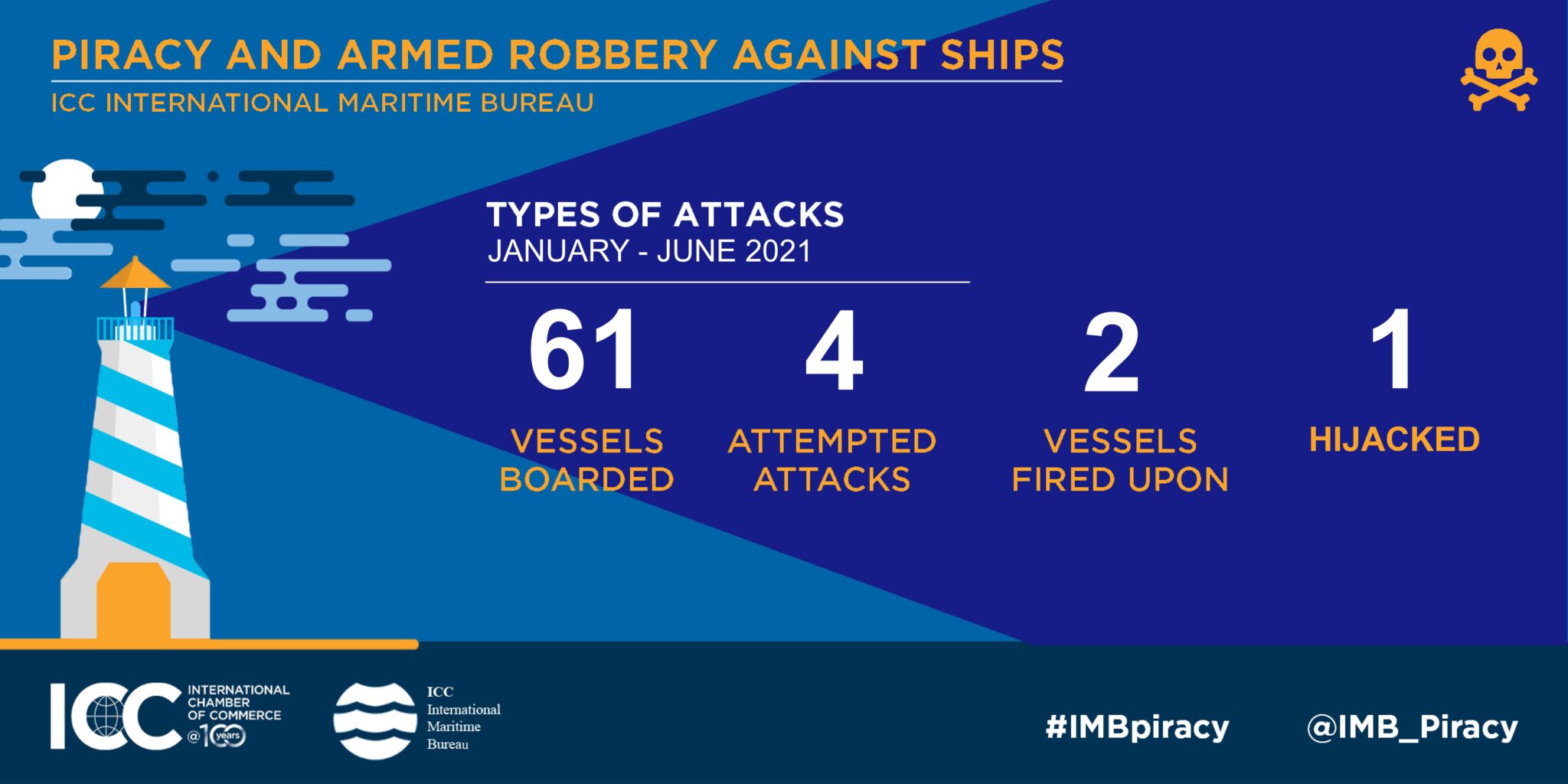 The Singapore Straits recorded 16 incidents in the first six months of 2021, in comparison to 11 during the same period in 2020. These attacks are considered opportunistic in nature, but IMB warns that in seven incidents the perpetrators were armed with knives. In three separate incidents, seafarers were reported to have been either threatened, assaulted or injured.

In comparison to the first half of 2019 and 2020, Callao Anchorage, Peru has experienced a two-fold increase in the number of incidents with nine incidents reported in total for 2021. There were four incidents in Q2 2021 and knives reported in three of these, according to the latest figures from IMB. Perpetrators in the region possess the capacity to carry out violent attacks with two separate incidents of crew being taken hostage and assaulted occurring in the first six months of 2021.

Vessels are advised to take precautionary measures while anchored in Manila Bay, Philippines, as four incidents were reported to IMB for Q2 2021. 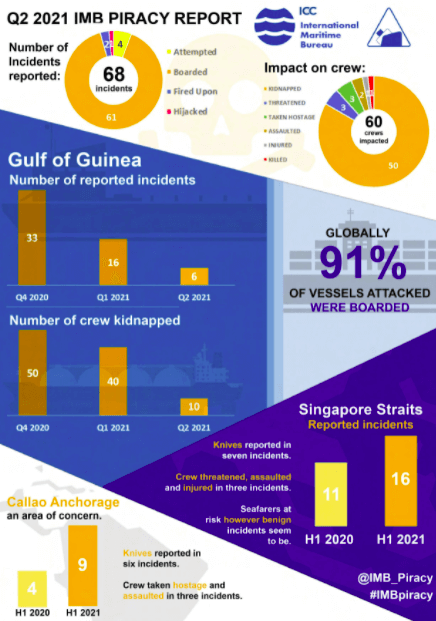 “Reporting piracy and armed robbery incidents is the first line of defence against future attacks. Sustained reporting to IMB will enable governments, maritime response agencies and other stakeholders to establish safer waters for our seafarers and smooth flow of goods throughout global supply chains.” 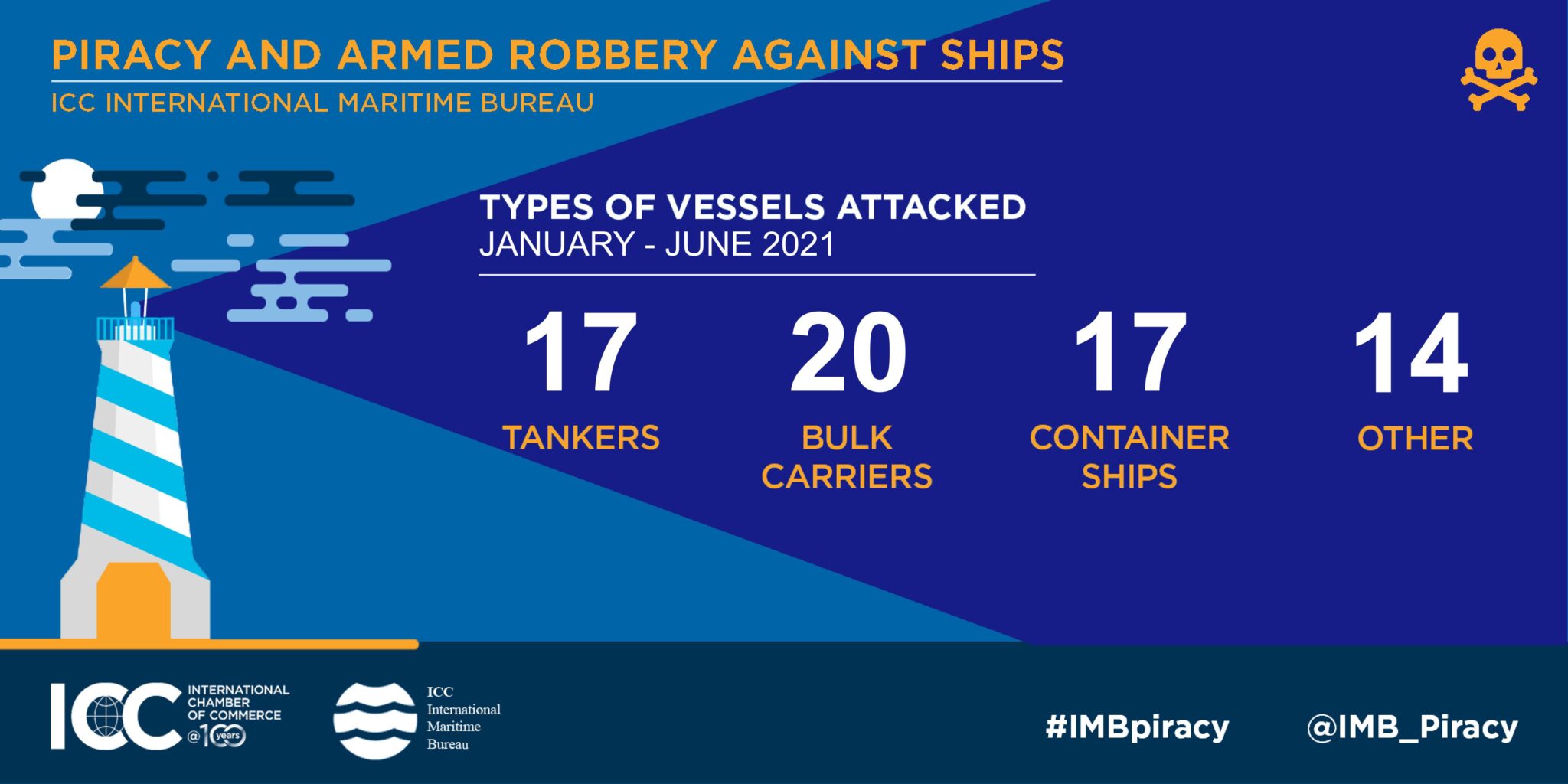