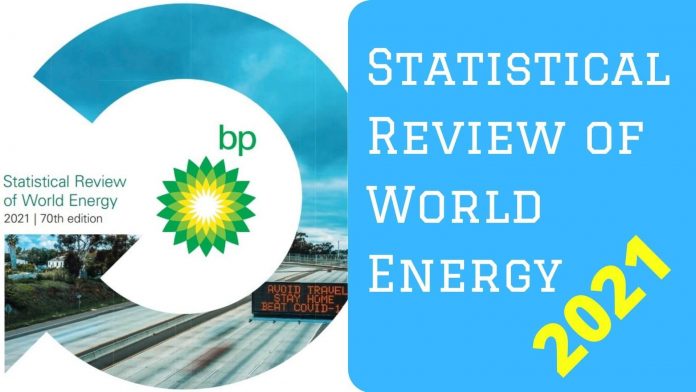 (www.MaritimeCyprus.com) The COVID-19 pandemic had a dramatic impact on energy markets, with both primary energy and carbon emissions falling at their fastest rates since the Second World War. Nevertheless, renewable energy continued to grow, with solar power recording its largest ever increase.

Primary energy consumption fell by 4.5% in 2020 – the largest decline since 1945. The drop in energy consumption was driven mainly by oil, which contributed almost three-quarters of the net decline, although natural gas and coal also saw significant declines.
Wind, solar and hydroelectricity all grew despite the fall in overall energy demand.

By country, the US, India and Russia contributed the largest declines in energy consumption. China posted the largest increase (2.1%), one of only a handful of countries where energy demand grew last year.

Carbon emissions from energy use fell by 6.3%, to their lowest level since 2011. As with primary energy, this was the largest decline since the end of World War II.

Natural gas consumption fell by 81 billion cubic metres (bcm), or 2.3%. Nevertheless, the share of gas in primary energy continued to rise, reaching a record high of 24.7%.
Declines in gas demand were led by Russia (-33 bcm) and the US (-17 bcm), with China (22 bcm) and Iran (10 bcm) contributing the largest increases.

Inter-regional gas trade reduced by 5.3%, completely accounted for by a 54 bcm (10.9%) drop in pipeline trade.

LNG supply grew by 4 bcm or 0.6%, well below the 10-year average rate of 6.8% p.a. US LNG supply expanded by 14 bcm (29%), but this was partially offset by declines in most other regions, notably Europe and Africa.

China and Malaysia were notable exceptions, increasing their consumption by 0.5 EJ and 0.2 EJ respectively.

China was the largest individual contributor to renewables growth (1.0 EJ), followed by the US (0.4 EJ). Europe, as a region, contributed 0.7 EJ.

Lithium production fell 4.6% on a drop in Australian output, while Cobalt output rose 2.9% as production in the Democratic Republic of Congo partially recovered from its dip in 2019.

Rare earth metals production expanded by 23.2%, driven by strong growth in Australia and the US. 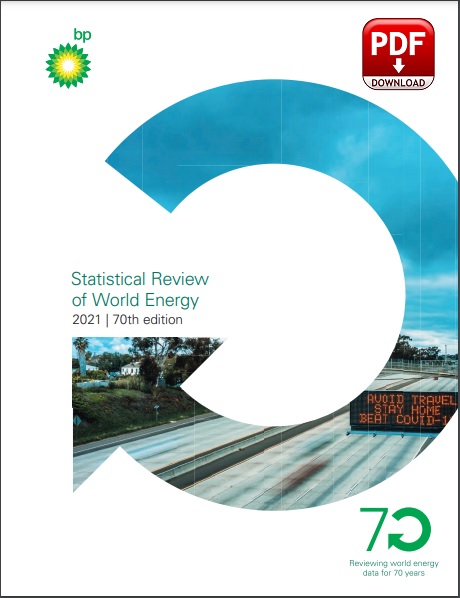 For the Statistical Review of World Energy 2020, click HERE