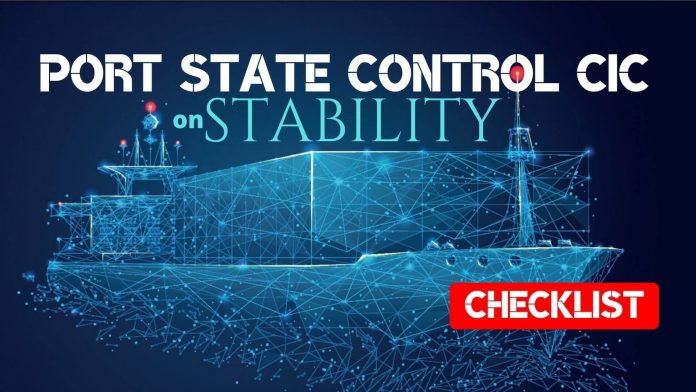 (www.MaritimeCyprus.com) Several serious incidents have initiated CICs from the major port states. The CIC on Stability in General by the Paris and Tokyo MoUs will be carried out from 1 September to 30 November 2021.

There was a similar Paris MoU CIC on Tanker Damage Stability in 2010, where the main focus was on the IMO stability requirements for tankers. Therefore, for the upcoming CIC,  the focus will be set on the stability booklet and loading computer. It should be assumed that the attending Port State Control Officer (PSCO) will evaluate whether the Master and responsible officers are well trained and familiarized with the systems provided on board.

The CIC will be included in the routine PSC inspections in the period from September to November 2021. The focus on the special topic is carried out on a common additional checklist for every PSCO.

Any deficiencies found during the CIC on Stability in General will be reported in the PSC inspection report with the related PSC Code. The deficiency codes related to this CIC are likely to be the following:

Port State Control Officers (PSCOs) will use a pre-defined questionnaire to assess that information and equipment provided onboard complies with the relevant conventions, that the master and officers are familiar with operations relating to stability (in general) and that equipment is properly maintained and functioning.

If deficiencies are found, actions by the port State may vary from recording a deficiency and instructing the master to rectify it within a certain period of time to detaining the ship until the serious deficiencies have been rectified. In the case of detention, publication in the monthly detention lists of the Tokyo and Paris MoU websites will take place.

It is expected that the Tokyo and Paris MoUs will carry out approximately 10,000 inspections during the CIC, but this is subject to any developments during the current COVID-19 pandemic. All inspections carried out will be subject to ongoing health and safety requirements in individual port States.

The results of the campaign will be analysed and findings will be presented to the
governing bodies of both MoUs for submission to the IMO. 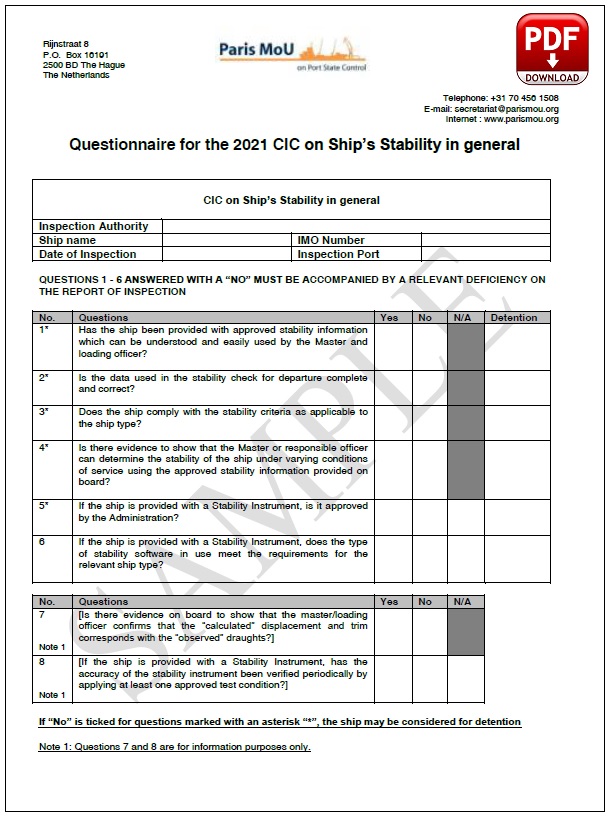