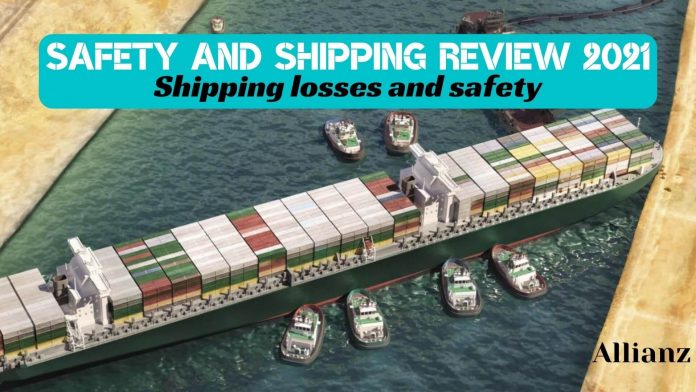 (www.MaritimeCyprus.com) The international shipping industry is responsible for the carriage of around 90% of world trade so the safety of vessels is critical. The sector continued its long-term positive safety trend through 2020 with the number of reported total losses of over 100GT remaining stable at 49 compared with 48 a year earlier. This means annual shipping losses have halved over the past decade (2011 – 98), although
2020 represented the first time in five years that losses have not declined, suggesting the loss total could be stabilizing around the minimum achievable level.

The 2020 loss year represents a significant improvement on the rolling 10-year loss average (88), reflecting the positive effect of an increased focus on safety measures over time, such as regulation, improved ship design and technology, and risk management advances.

South China, Indochina, Indonesia and Philippines is the global loss hotspot, accounting for a third of all losses in 2020 (16), with incidents up slightly year-on-year (2019: 14). The
East Mediterranean and Black Sea (7) and Arabian Gulf (4) regions saw significant increases in loss activity to rank second and third. South East Asian waters are also the major loss location of the past decade (224 incidents), driven by a number of factors including high levels of local and international trade, congested ports and busy shipping lanes, older fleets and extreme weather exposure. Together, the South China, Indochina, Indonesia and Philippines, East Mediterranean and Black Sea, and Japan, Korea and North China maritime regions account for half of the 876 shipping losses of the past 10 years (437).

Cargo vessels accounted for more than a third (18) of all vessels lost in 2020.

Analysis shows cargo vessels account for 40% of total losses over the past decade (348).

Foundered (sunk/submerged) was the main cause of total losses during 2020, accounting for one in two.

Contributing factors include bad weather, poor visibility leading to contact, flooding and water ingress and machinery breakdown. The number of fires/explosions resulting in total losses of vessels increased again year-on-year, hitting a four-year high of 10. Collectively, foundered (sunk/submerged) (54%), wrecked/stranded (20%) and fire/explosion (11%) are thetop three causes of total losses over the past decade, accounting for 85%.

The number of reported shipping casualties or incidents declined slightly from 2,818 to 2,703 in 2020 or by around 4%. The British Isles, North Sea, English Channel and Bay
of Biscay region saw the highest number of reported incidents (579), although this was down year-onyear. Machinery damage/failure was the top cause of shipping incidents
globally, accounting for 40%.

The East Mediterranean and Black Sea region has seen the most shipping incidents over the past decade (4,556).

Of the 26,000+ incidents over the past decade, more than a third (9,334) were caused by machinery damage or failure – over twice as many as the next highest – collision. 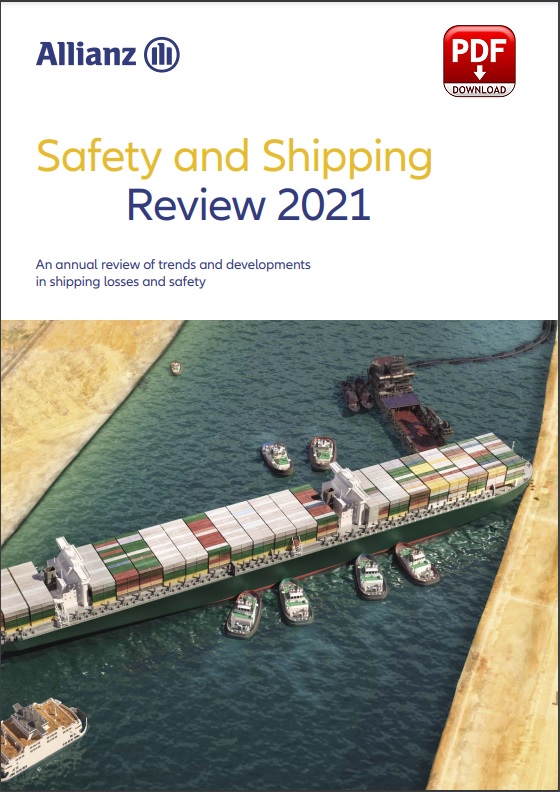